After days of anticipation, yesterday's valley rain and skiff of mountain snow was a nice change, but pretty meh.  Water equivalent precipitation observations reported to the National Weather Service in the Salt Lake Valley maximized at 0.39" at the City Creek Water Plant and included 0.29" in the upper Avenues, 0.19" at the Salt Lake Airport, and 0.14" at Olympus Cove.  Pretty paltry amounts and enough to wet the upper soil layers, but it remains parched below.

In the central Wasatch, Alta reported 1.3" of snow with 0.23" of water equivalent and Brighton 2" of snow with 0.35" of water.  Dust on dirt and probably for the best as below-average precipitation looks to persist as the storm track remains to our north the next couple of days and the western ridge redevelops thereafter.  Hopefully Mother Nature is saving it for November.

Although it would have been nice to get a better soaker, yesterday afternoon was spectacular. 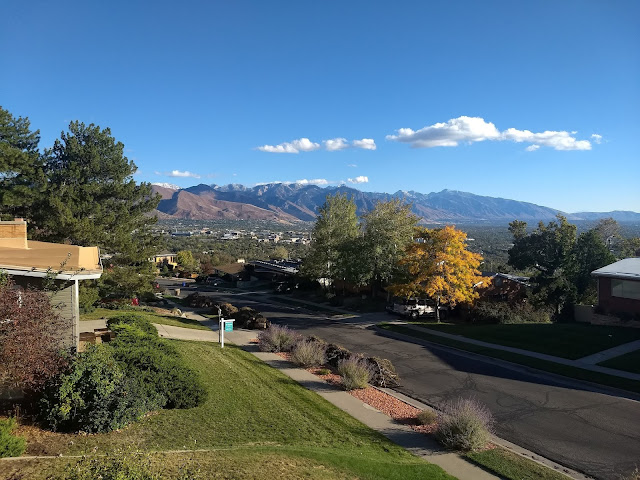