Yup, It Was Cold

Bit of a late post for me today due to other pressing concerns.

Portions of the western United States are in the grips of an impressive cold surge for late October.  For Salt Lake City, it's not as far out there as last year's, when we had minimum temperatures of 17˚F and 14˚F on October 29 and 30, but it's still cold.  Last night's minimum was 19˚F, a record for the day and the 2nd earliest 19 on record (the earliest was recorded on October 25th).

For those of you on the Wasatch Back, valley temps dropped to below zero near Park City including -5˚F at Silver Creek Junction and -4˚F along SR-244 at Meadows.  It also got down to -5˚F at the top of the Snowbird Tram.

Alta-Collins' snow-depth sensors were pretty finicky overnight and today.  There could be a couple of inches of snow there, or maybe a 115" base.  I'll let you decide if you want to go up and check it out. 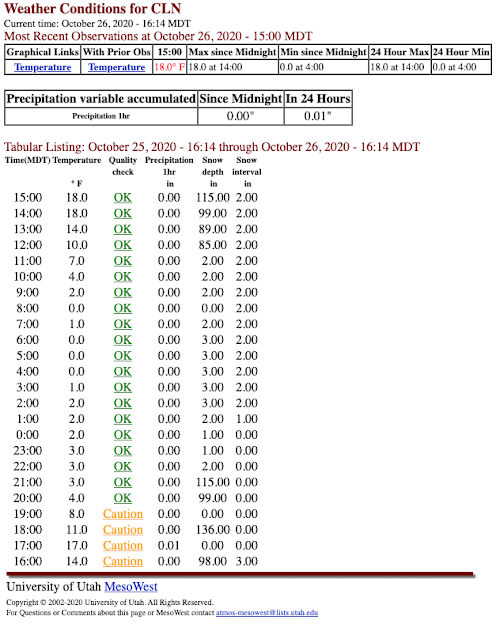 Peter Sinks normally brings the goods in patterns like these, but the wind didn't cooperate (more snow might have helped too).  Observations show temperatures falling to about -13˚F just after midnight, when there was a bit of an increase in the wind, stirring the cold pool and causing temperatures to rebound to about 3˚F.  Cooling thereafter only brought the temperature down to -20˚F, balmy by their standards. 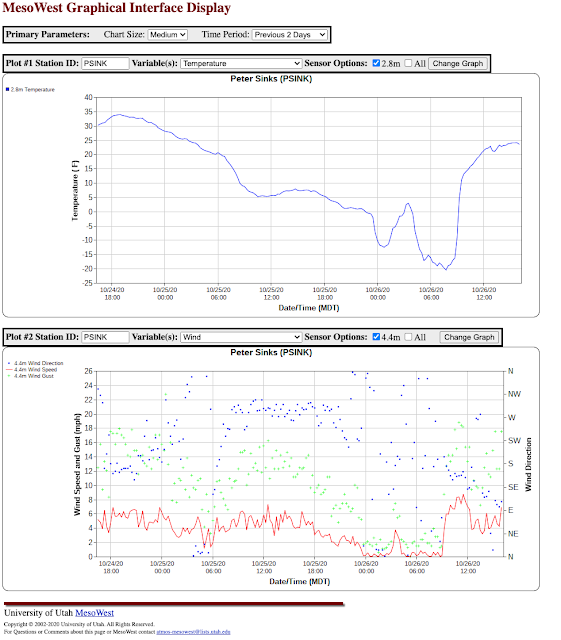 Brian Brettschneider reports that the -31˚F reported in Lyman, WY was the earliest -30˚F reading for any official climate station in the Lower 48 on record.  Impressive.

If you're looking for snow, some good numbers in Colorado below, as reported by CoCoRaHS and the Colorado Climate Center. 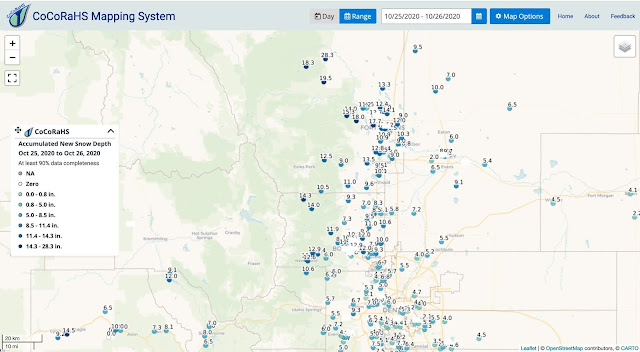