Yesterday, the East Troublesome Fire in Grand County Colorado exploded.  It's worth taking a look at a couple of fire maps to illustrate the explosive growth. 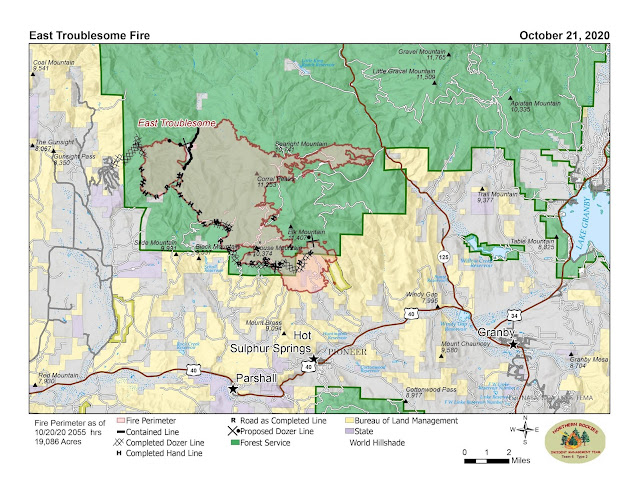 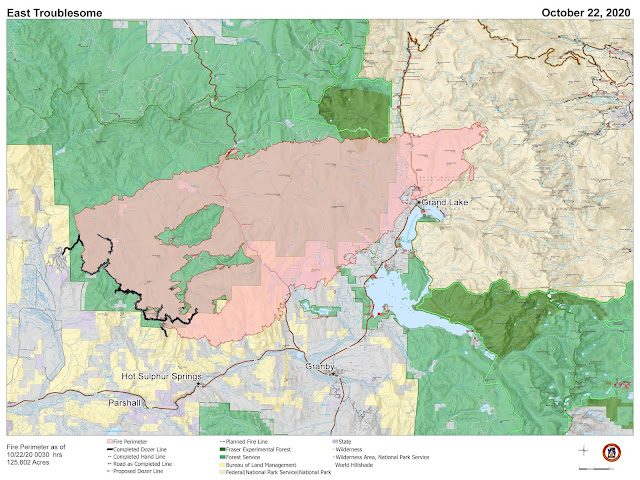 I am now seeing reports that the fire has jumped the Continental Divide to the east slope of the Front Range.
Radar imagery from yesterday shows no echoes associated with the fire at 1911 UTC (1311 MDT).
By 2057 UTC (1457 MDT), echoes extended from the fire area near Granby (GNB on the map below across the Continental Divide, an indication of both explosive growth and strong flow. 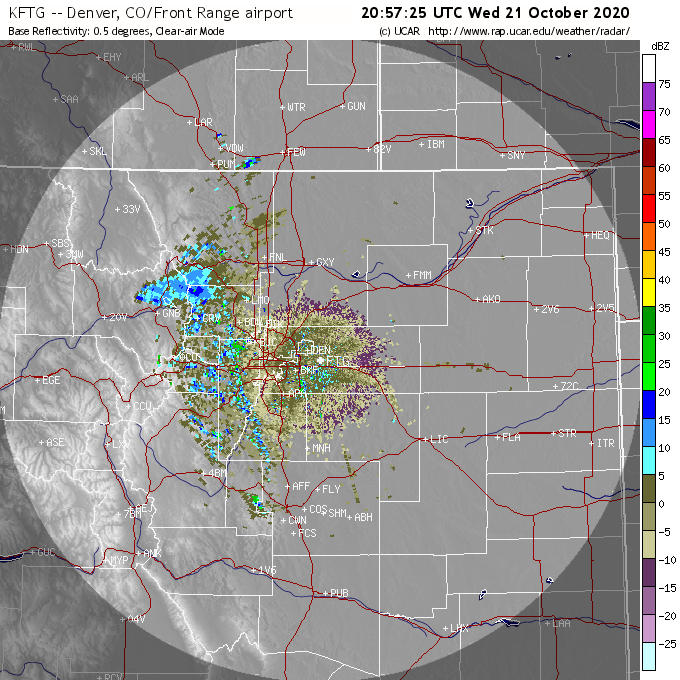 Observations from Kremmling, just upstream of the fire, over the past five days show that yesterday was the warmest day of the period, with the lowest relative dewpoints and relative humidities.  Winds were stronger and more sustained from the southwest as well.
Observations from the Granby Airport tell a somewhat similar tale.  Yesterday was a couple of degrees warmer than the previous day, with lower dewpoints and relative humidities.  Wind gusts were also stronger.
Additionally, the flow at 700 mb, about 10,000 ft above sea level, also strengthened.  Analyses for 0000 UTC 21 October (1800 MDT Tuesday) and 0000 UTC 22 October (1800 MDT Wednesday) and show an increase from 10-15 knots to 20-25 knots between the two days. 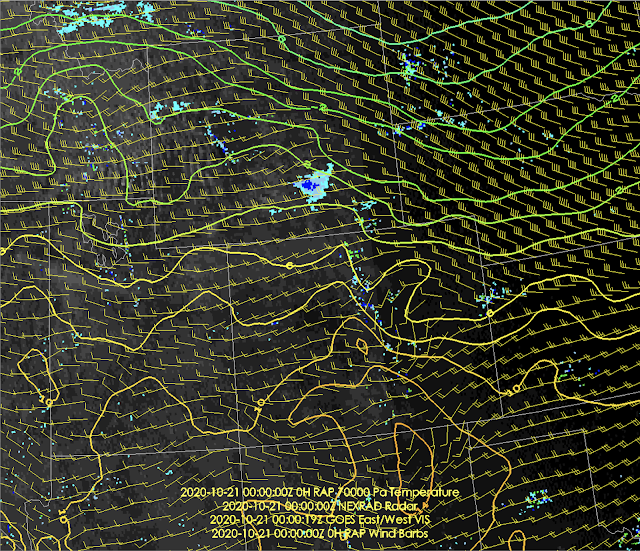 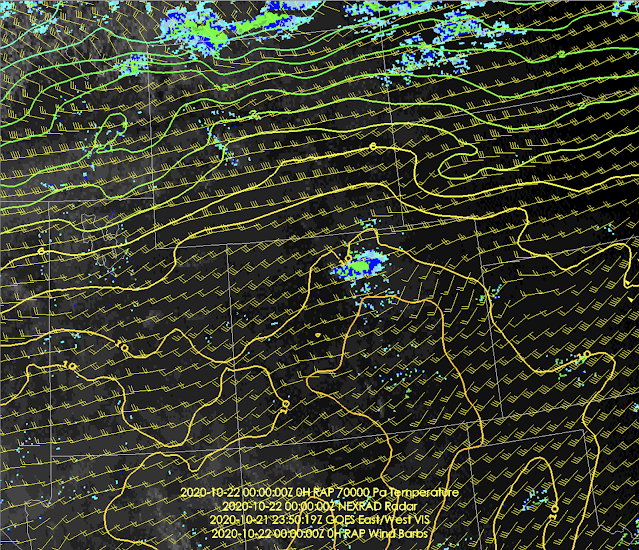 Note also that the 700mb temperature increased about 4˚C, even greater than the maximum temperature increase at valley stations, and that radar echoes appeared yesterday afternoon with the fire blowup.
As much as I like to poke fun at Colorado for its minimal snowfall and powder days, I am rooting for them to bet a big dump and bring an end to this fire season.
By Jim S Posted at 10/22/2020 12:14:00 PM