I was most impressed to go to the Snowbird web site yesterday and see that they still have a 100+ inch (250+ cm) base on June 9th.


Apparently there is still top-to-bottom skiing too.  Very nice!

However, the last 10 days of May brought a modest miracle, with a 4 inch increase in water equivalent at a time when normally snowpack should be declining.  Thus, the site reached the end of May nearly 20 inches above median.  Given that snowpack losses in June are around 2 to 2.5 inches a day, that represents about an 8-10 day increase in snow-cover duration.

If you are wondering, this season is still well below 2011 (green line), at least at the Snowbird SNOTEL.

Given typical June melt rates, I would expect the Snowbird SNOTEL be snow free in about 12-15 days.

Meanwhile in the Alps, there are some enormous snowbanks where they have carved through avalanche debris from last winter.  The photos below were taken near Höttinger Alm at about 1500 meters elevation above Innsbruck. 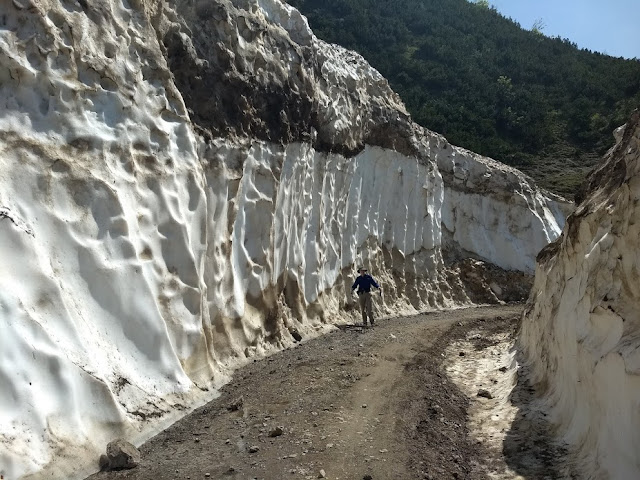 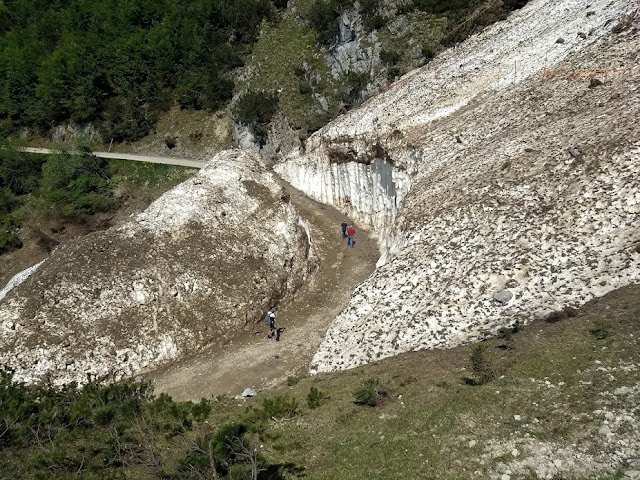 Further south, it has been difficult opening high passes on the Alpine divide and in Italy.  It wasn't a great winter snow season there, but late season snowfall and associated avalanche hazards complicated things.  Below is a video from the Timmelsjoch, a 2509 meter pass between Austria and Italy that just opened on June 8th.


Today is the last day of the season at Stubai Glacier, which is reporting a 6.6 meter mountain snowpack.  I never know what to make of snow depth numbers from glacier reports, but that is pretty much as high as I've seen all season.

Despite the deep snow at upper elevations, I've put away the skis and am focusing on sampling as much strudel at as many mountain huts as possible before returning home in three weeks. 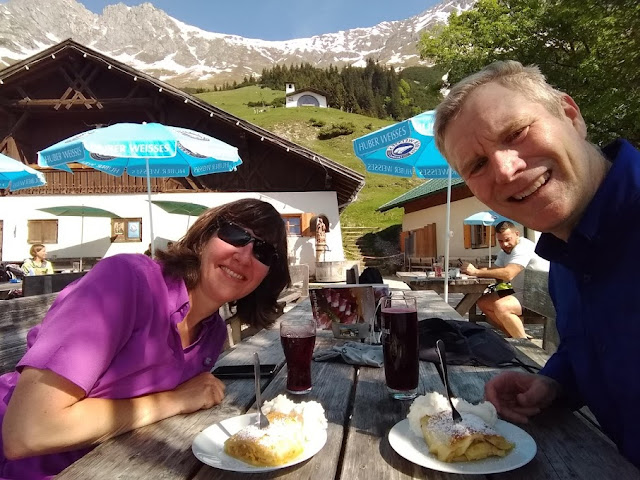