The Inn River at the Brim

Over the past couple of weeks, the combination of snowmelt and frequent rainfall, including recent thunderstorms, has transformed the Inn River from a beautiful river with a tint of green into a muddy torrent.

The  photos below were taken from the Inn Bridge near old town a few months ago and today, illustrating how the Inn River is filled nearly to the top of its human-made banks. 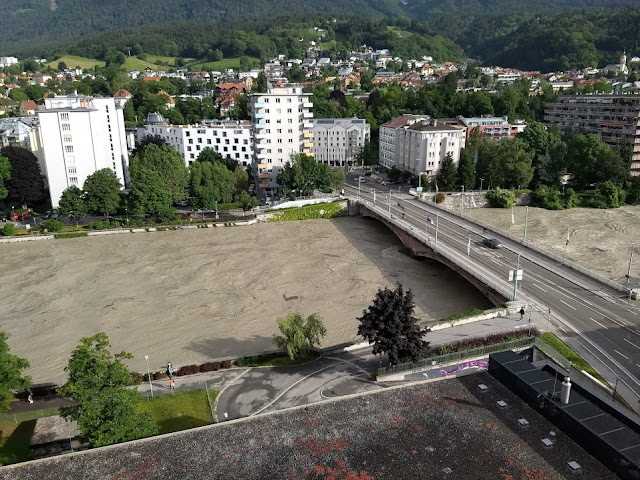 This morning, I noticed workers installing a temporary fence along the base of the building, presumably for protection.  On that lowest level is a library.  Gulp! 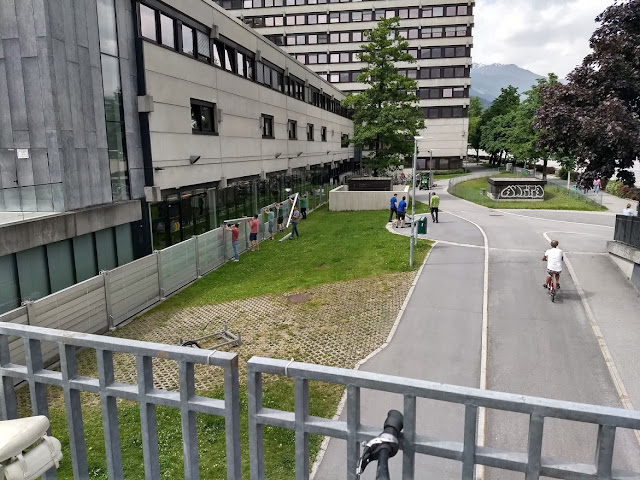 The hydrogram below covers the past few days and shows a rise of about 2 meters in th epast two days, putting it above a "one in 30 year level."  A better way to think about it is that the odds of such a river level are a bit longer than 30 to 1 in any given year, based on statistical analysis of historical river levels.

If my interpretation and translation are correct, the chart below shows the minimum, median, and maximum mean daily river flow of the Inn River at Innsbruck.  The lower cool season flows and greater warm season flows, especially from May to August, are apparent.  Currently we're well above the highest maximum during May and June and behind only a couple of events in July and August.

The August peaks are likely from late 2005 when there was severe flooding in parts of Bavaria, Switzerland, and Austria (see Heumader 2006).  The photo below was taken during that event and shows flooding along a tributary of the Inn River in the Paznaun Valley. 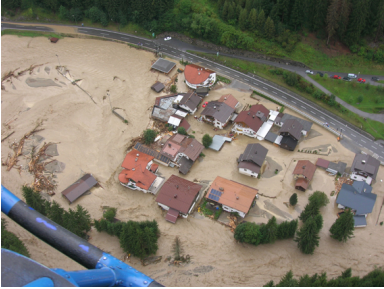 In Innsbruck a major concern in the August event was the collection of debris upstream of bridges and concern a bridge failure could result in damage of bridges downstream.


The situation here is currently not that dire, although there is enough water in the Inn to push it unusually high and force the closure of some lower bridges. 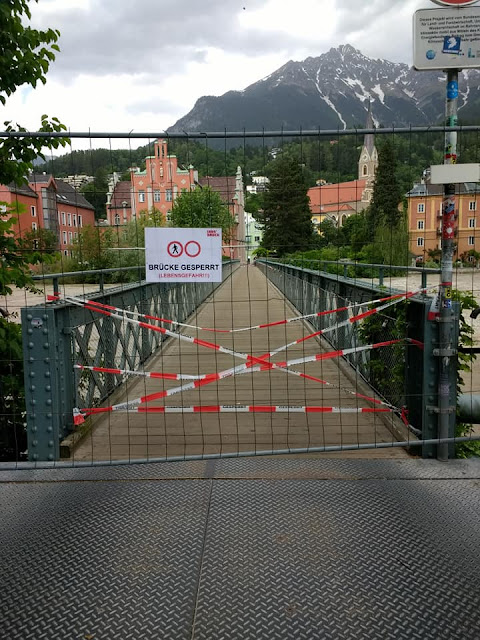