The End Is Nigh

Our Austrian Adventure is quickly coming to an end with nearly six months gone by in the blink of an eye.  This weekend is our last in Innsbruck and I can no longer look at mountains and think "maybe we could hike that next weekend."

Things have changed a lot since we arrived.  We arrived in Austria to find a winter wonderland as Mother Nature was very good to the northern Alps prior to our arrival.  Sadly, Delta lost our ski bags (found eventually), so on one of our first days we took the train to Seefeld, site of the 2019 Nordic World Championships, just to look around and took the photo below. 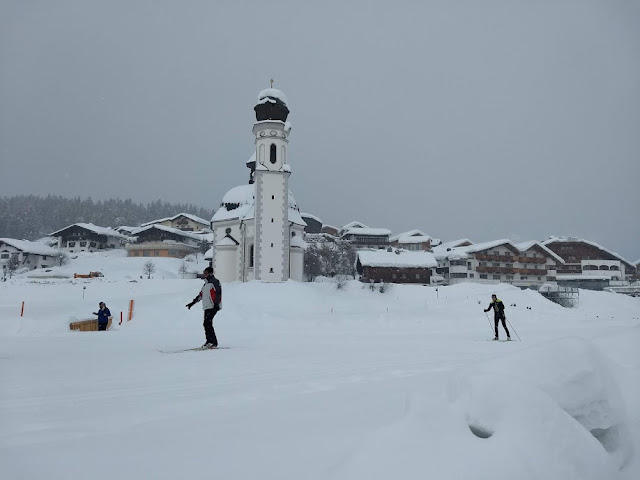 Here's how things looked today, backhoe and all.  I'm not sure if this is related to the world championships, but a major restoration project is underway. 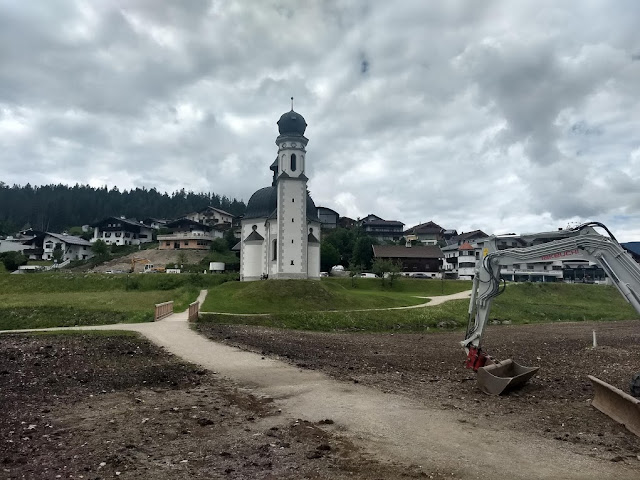 We weren't treated to bluebird skies this weekend.  Instead, it was mostly cloudy.  Today we hiked to the Nördlinger Hutte above Seefeld and it was veiled in clouds. 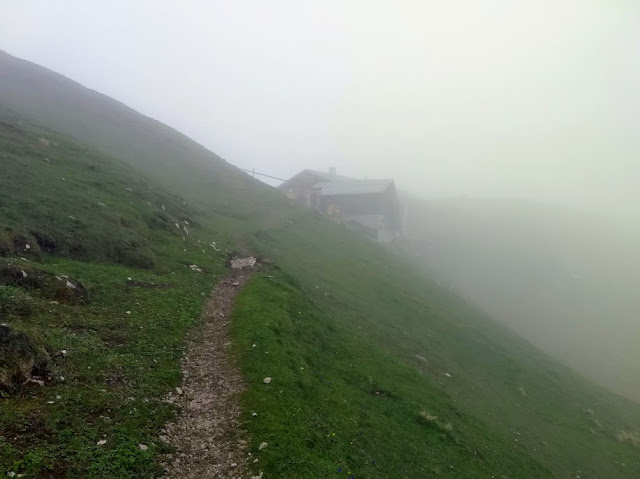 Fortunately, it was warm inside.  We liked the sign below, which was hanging on the wall. 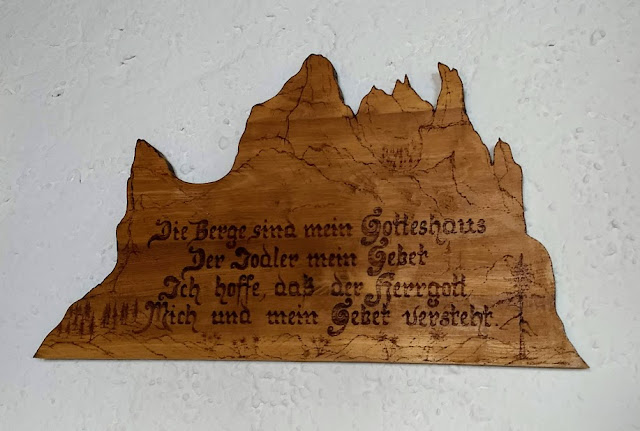 We arrived at the hut earlier than expected and wanted to kill some time hoping the clouds would lift, so we split and order of kaiserschmarrn (a high density tirolean pancake) for brunch.  This one was quite good, with the sugar caramelized on the pancake and an apple and rhubarb sauce for dipping. 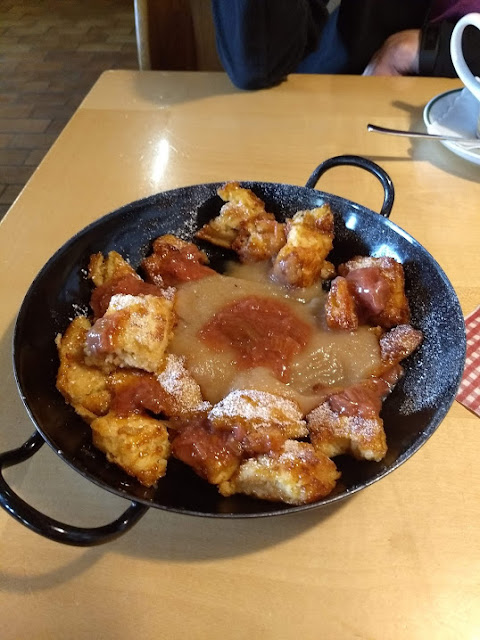 We exited the hut to find a slight lifting of the clouds, but also a light drizzle.  However, the former allowed us to see the materialseilbahn that services the hut.  These are small cable cars that are used to transport goods to huts that are not accessible by vehicle.  There are cable cars everywhere in Austria! 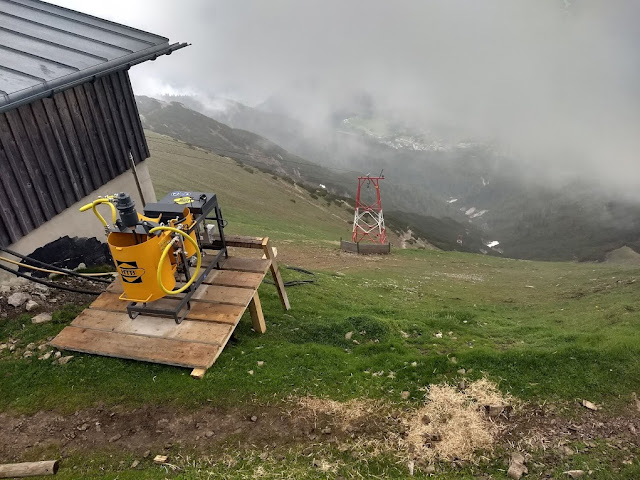 The drizzle dampened us a bit, but eventually things improved and we did get a few views of the Karwendal Alps. And some iews of Seefeld.  In the photo below, Seefeld is slightly left of center, the Inn Valley west of Innsbruck in the far left. ad near the middle of the picture and in the clouds is Hohe Munde, a very picturesque and prominent peak.  Anyone who has been through the "Seefeld Saddle" or this part of the Inn Valley would recognize it. 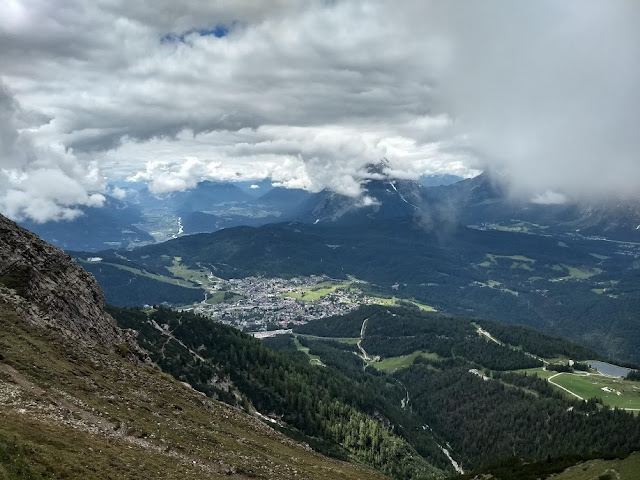