The Hazards of Hiking

I typically think of hiking as being a fairly safe activity, but I learned today it is not entirely risk free.

I went hiking with a couple of friends on "The Rofan," a ridge in the Karwendal Alps east of Innsbruck, above the beautiful Achensee. 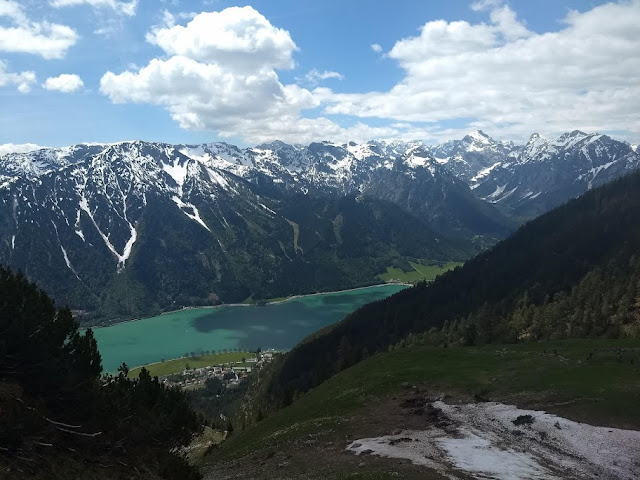 It was a beautiful day after a long stretch of crappy weather.  Many people were out.  We had just stopped at an Alm for a refresher, but found the place packed. 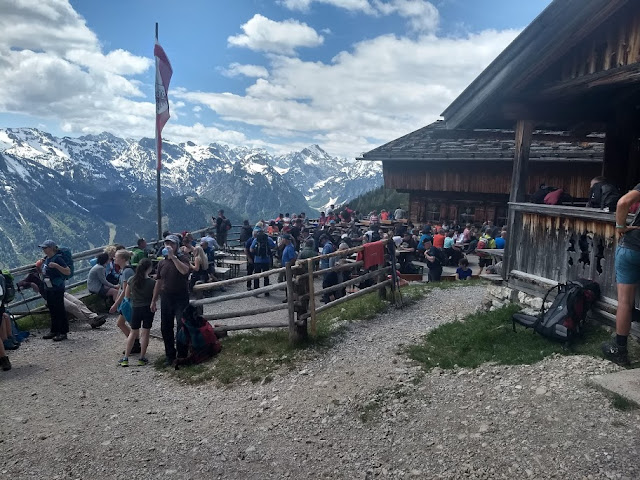 We were traversing on a heavily travelled trail on a steep slope when all of a sudden I heard some banging on the hill above.  Suddenly a rock comes flying out of the trees and WHAM!  It hits me.

I don't know what the odds of being hit by a rock are where we were.  They have to be pretty low, especially given my small cross section, but they are clearly non-zero.  There was no trail above us and it was forested, but steep.  It has been wet and the snow is melting.  The rock must have naturally dislodged.

Thankfully, it hit me in one of the best places possible, the meaty area between the top of my hip bone and my hip socket.  Soft tissue absorbed the blow.  There is going to be a hell of a bruise there tomorrow, but I don't think there was any bone damage and I was able to continue the hike up to a cable car and ride down.  It was nice not to have to test out the app I have on my phone for mountain rescue in Austria.

Enough about me.  Below are a few more photos from the hike, as well as from a stroll along the Achensee before heading home. 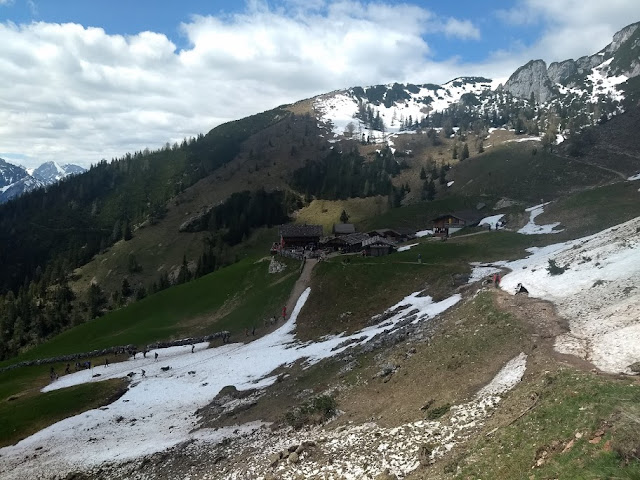 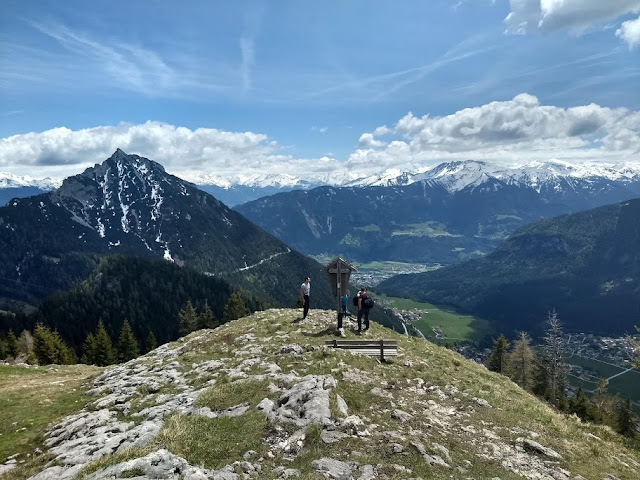 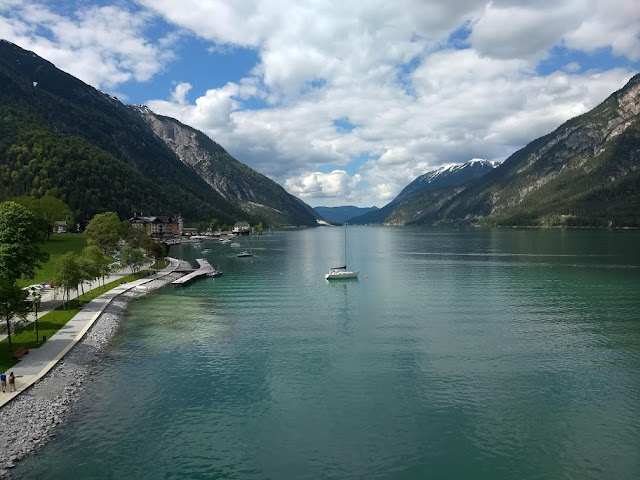 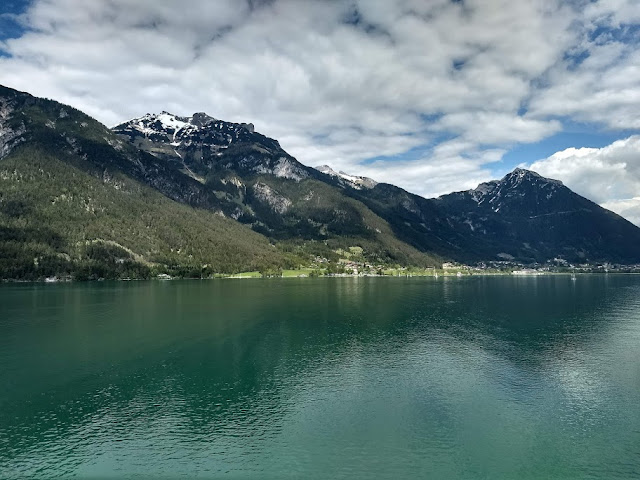 It's a beautiful area, with a lot of trails.  I've also read that there are five via ferrata routes on the Rofan.  It would be a nice place to hang for a few days when the high alpine routes are melted out.
By Jim S Posted at 6/01/2019 12:45:00 PM