We leave Innsbruck in less than 24 hours.  I finished my grades for my classes on Wednesday and we've been trying to enjoy our final couple of days in Innsbruck.

Things have changed a lot during our stay.  We arrived in mid January after an incredible storm cycle that left the northern Alps buried.  The Inn Valley was a winter wonderland during the first few weeks of our visit. 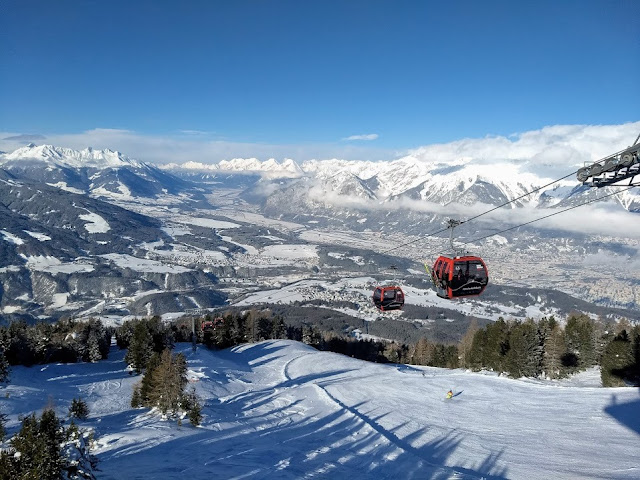 In contrast, June will go down as the warmest on record in Austria and the last few days have been blisteringly hot.  All-time June temperature records were set two days in a row in the Tyrol with a 36.7ºC on Tuesday in Innsbruck and then a 37.5ºC in Imst on Wednesday.  The latter is 99.5˚F in US units and would qualify for a max of 100 with round up.  The previous June record was 36.6˚C.  A photo taken from the same spot as above shows a nearly snow-less scene, with hazy skies. 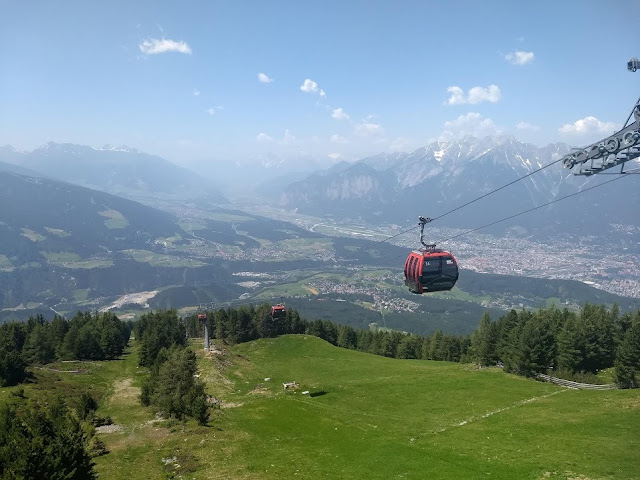 We feel fortunate to be at about 600 meters above sea level and in a modest sized city.  Areas of France, Spain, Germany, and Italy have eclipsed 40˚C.  The BBC is reporting today that Carpentras recorded the highest temperature ever in France (44.3˚C).

Many cafes do not open here until 9am, but the Tomaselli Gelateria was open at 8:30 and already had a line. 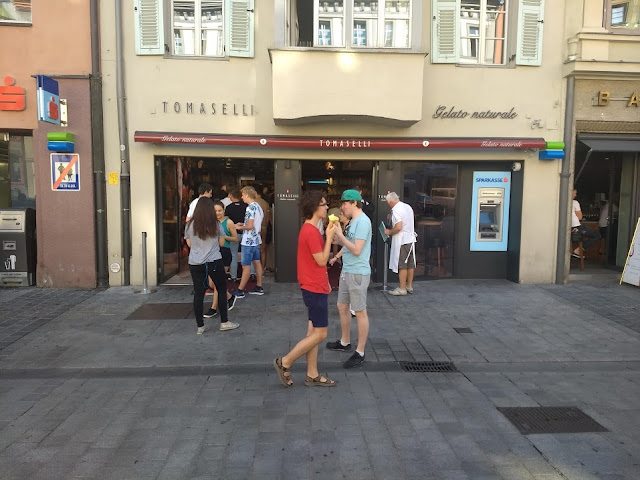 And the Tiroler Tageszeitung ran an article (translated below by Google Scholar) providing all important information that deodorants work and don't cost much. 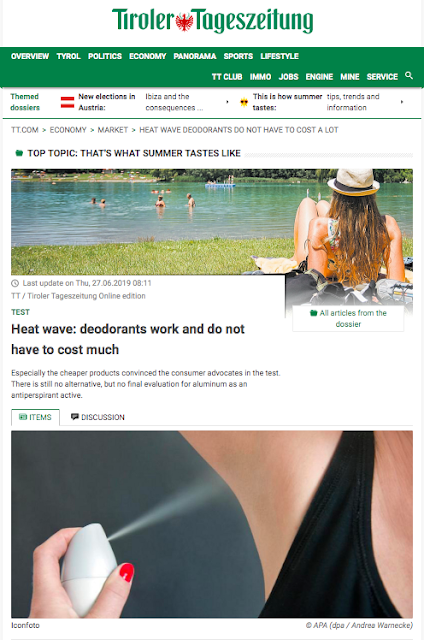 For most Tyroleans, relief isn't necessarily too far away.  One can go to a cool stream or lake or hop a ride on a cable car, as we did this morning to 2300 meters.. 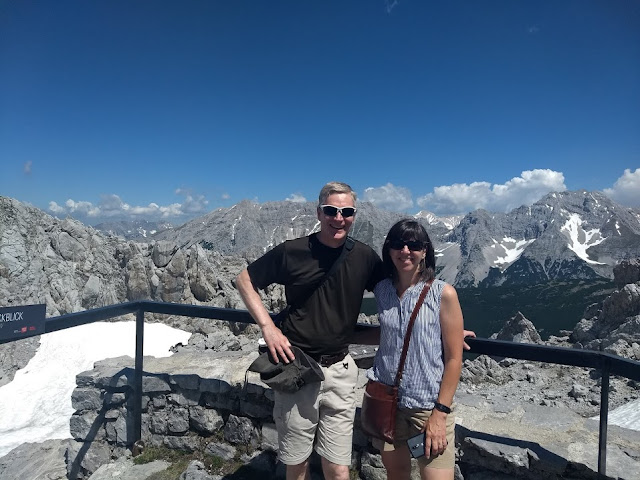 But more seriously, this is a very severe heat wave and it is the first of the year.  Air conditioning is relatively uncommon in much of Europe.  The only cool places in Innsbruck, for example, are grocery stores and drug stores.  Mortality and morbidity rates rates will likely be elevated in many areas.  Relief cannot come soon enough.
By Jim S Posted at 6/28/2019 07:14:00 AM