Snow totals in the upper Cottonwoods were generally in line with expectations with about 5 inches falling.  An exception was the Park City Ridgeline and Brighton area which came in with perhaps 3 inches according to the Utah Avalanche Center.

For much of the day yesterday, radar echoes were strongest over western portions of the central Wasatch, with echoes weaker along the Park City Ridgeline and in the Brighton area.  You can see this fairly well in the radar plot below.  I suspect this reflects the relatively weak flow associated with the trough yesterday.  Easy to diagnose in hindsight.  Much more difficult to anticipate in advance, mainly because such precipitation distributions are highly sensitive to many factors, including storm depth. 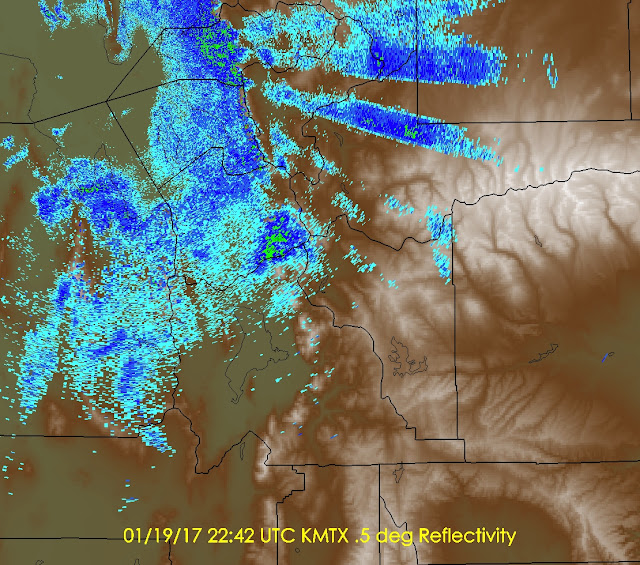 Overall, the NAM comes out looking good again.  No change in my view of the NCAR ensemble, which I think is extremely valuable, but for the most part, it overdid it yesterday.

We may see a few snow showers today, but accumulations will minimal.  Another modest refresh tonight.

For yesterday's refresh, Snowbird gets my hype-of-the-year award for the tweet below. 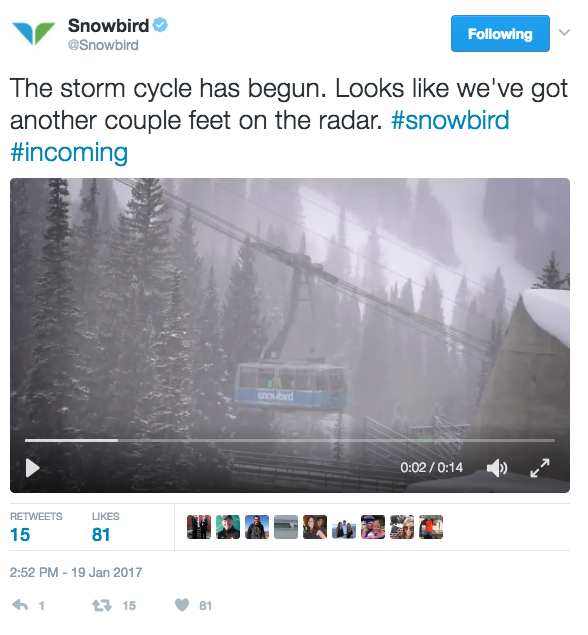