Final Upgrade to the NAM

The North American Mesoscale (NAM) Forecast System is scheduled for its final upgrade on February 1st.  Just in time for Groundhog Day, this upgrade to NAM "version 4" includes a number of major changes including:
Gory details available from Technical Implementation Notice 16-41, available here, and the poster below. 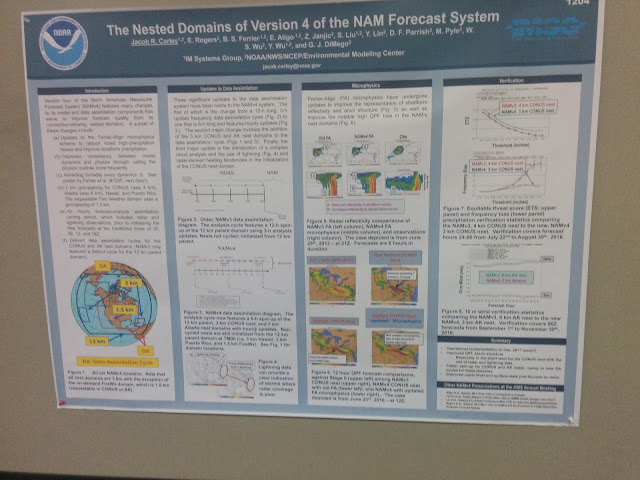 I think it is likely that these changes will result in some improvements in the skill of the 12-km NAM domain.  That domain, however, has been a pretty reliable performer for event water-equivalent forecasts over the central Wasatch (despite its low resolution), so I'm hoping that the biases don't change much.  My conversations with the NAM developers this past week suggest they think that the changes will also help some of the overforecast problems that plague the NAM nest, but they really haven't done a careful analysis over the west.  Instead, their inferences are based on examining non-orographic precipitation events east of the Rockies.  Time will tell.

It is anticipated that this will be the final upgrade to the NAM and that eventually a new cloud-allowing modeling system will be developed using the Geophysical Fluid Dynamics Laboratory (GFDL) Finite-Volume Cubed-Sphere Dynamical Core (FV3), which was recently chosen for NOAA's next-generation global environmental modeling system and replacement for the GFS.
By Jim S Posted at 1/28/2017 02:43:00 PM