We have a saying in the meteorology business, climate is what you expect, weather is what you get, and never has that been more apparent than today.

While you are hopefully enjoying the deep powder of the Wasatch Range, we are in Japan.  We are here for meetings in a few days with colleagues at Japan's National Research Institute for Earth Science and Disaster Resilience who like us are working on "lake" effect and snow.  I have lake in quotes because lake effect in Japan is generated by the Sea of Japan and typically January is the peak of their snow season.  Prior to the meetings we are getting in some skiing in Hakuba.

While not as snowy as the mountains just to the north (e.g., Mt. Myoko), Hakuba is a fairly snowy place, especially the northern Hakuba Valley due to proximity to the Sea of Japan.  This year, however, they have been cursed with warm storms, including deluges with rain to 2000 meters.  As a result, the valley this morning was nearly snow free, making for a humorous wait for the bus withour ski gear.  Note the bamboo pole placed at the road edge to aid with snow removal. 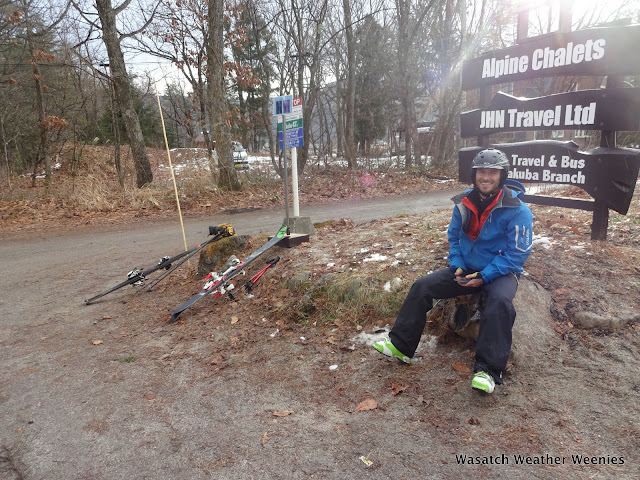 It has been a long time since I rode a chairlift in conditions like this.  Needless to say we weren't too excited. 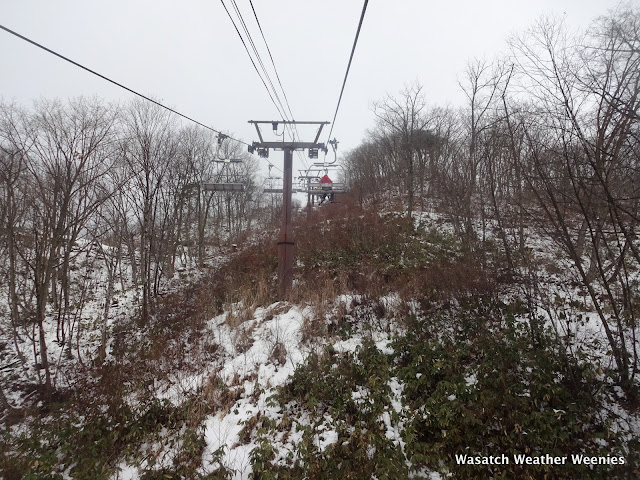 Fortunately, the Happo Ono ski area has a sizable amount of vertical (nearly 1100 meters), and the cover on the upper mountain, while certainly below average, was sufficient, at least for skiing the main runs. 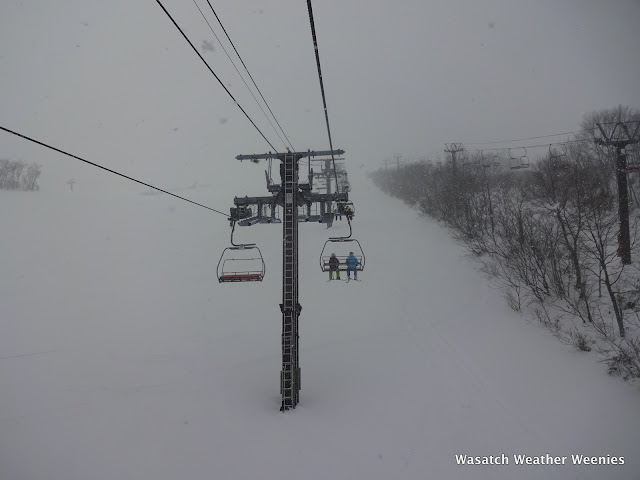 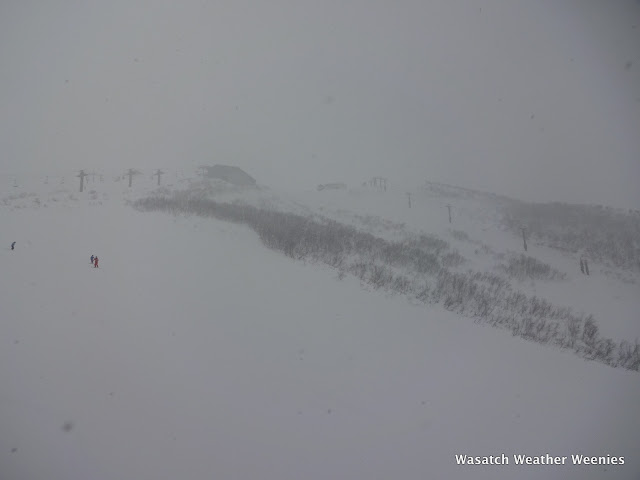 Conditions served up cream on crust.  Easterly or southerly aspects had a hell of an ice crust, with conditions reminiscent of an eastern powder day.  More northerly aspects were a bit better.   I can't claim that great powder skiing was had, but it was better than expected at the bus stop. 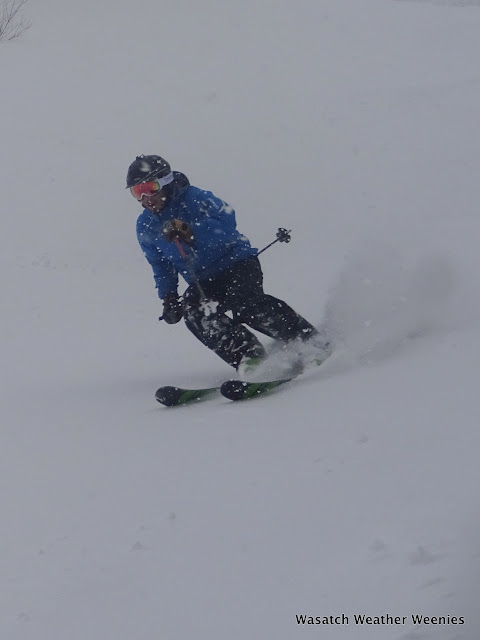 Japanese skiing is sometimes described as "deep not steep."  The Hakuba area offers up some of the best backcountry terrain in Japan, although we could only see a small sample of it today with poor coverage. 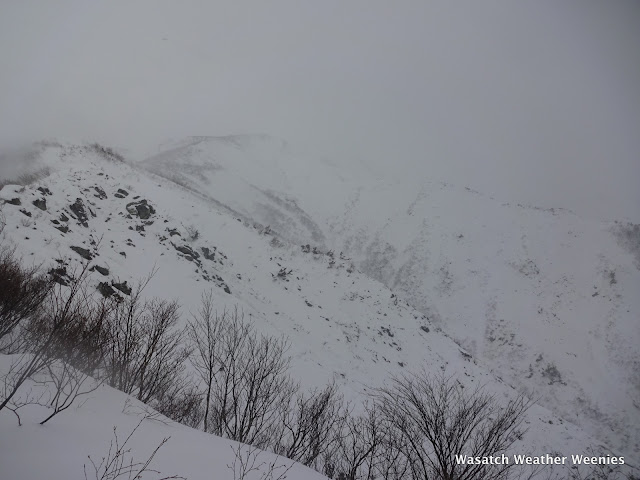 And of course a little meteorology.  It is the mountains closest to the Sea of Japan that receive the most snowfall in Japan.  The Hakuba Valley lies just to the west of Nagano and east of the formidable Hida Mountains, which has high peaks that tower up to 2000 meters above the valley floor.  Today, orographic precipitation was generated by that mountain barrier, with shadowing further to the east.  The upper portion of the Happo Ono ski area was in the spillover area closer to the mountain crest.  The map below shows estimated precipitation rates from Japanese radars in terms of water equivalent per hour at one point in the afternoon.  Note also the orographic precipitation in the mountains to the east of Hakuba.