Prior to coming to Hakuba, we had been told that opportunities to ski good snow in the high alpine of the Japanese Alps are rare in January.  It simply snows and blows a ton, creating numerous route finding and avalanche avoidance challenges.

So, when the day dawned clear this morning, we decided to seize the moment and get after it and we had a really fantastic day above the Tsugaike ski resort.

Kudos to that resort for both selling single-ride gondola tickets, which allows one to travel almost 800 vertical meters into the Japanese Alps.  They also have a great backcountry access system right off the gondola.  You walk right through a gate, get a beacon check, and off you go. 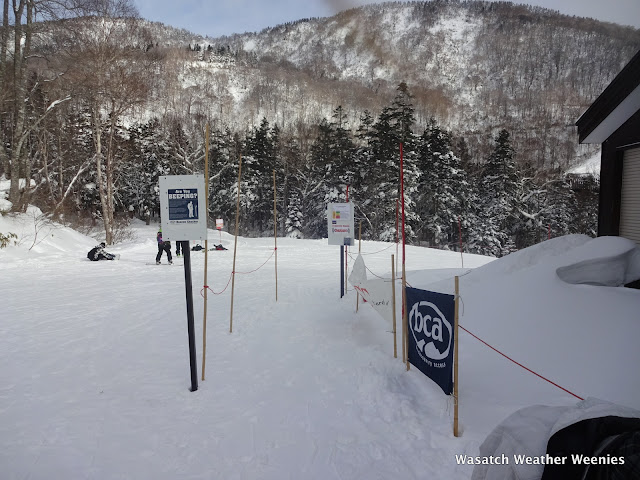 Soon you are skinning up a well traveled summer access road through lower angle trees, with the high alpine and 2500 meter peaks looming above. 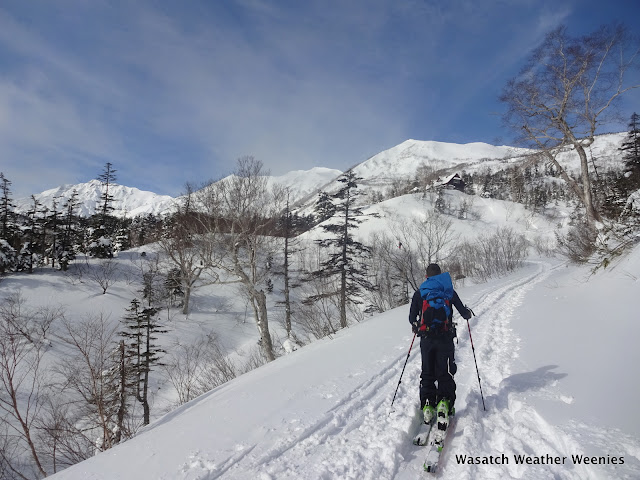 The views on the ascent were simply spectacular.  Whoever said that Japan is "deep not steep" has never been to Hakuba.  The Japanese Alps are simply amazing with some mind blowing lines to be had that drop big vertical. We climbed well above stratus clouds that were pushing inland off the Sea of Japan.  The peak sticking up above them in the center of the photo is Mount Myoko, one of the snowier locations in this part of Japan as it sits just inland from the coast. 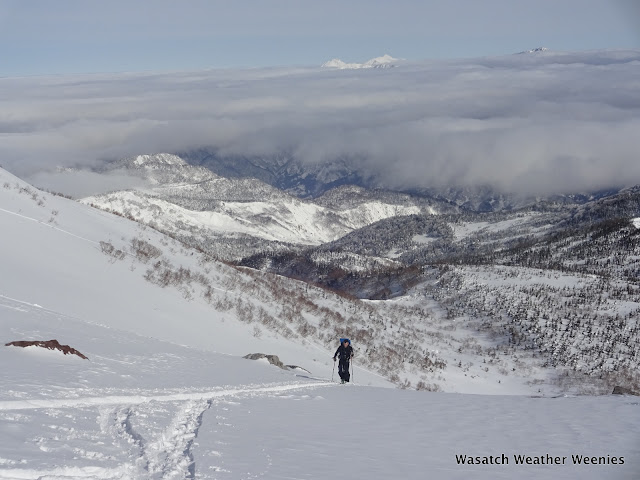 Our target for the day was an east-facing bowl on the nearly 2500 meter high Mt. Norikuradake.  Although there was wind effect around, the center of the bowl provided great turns in nice bouncy snow. 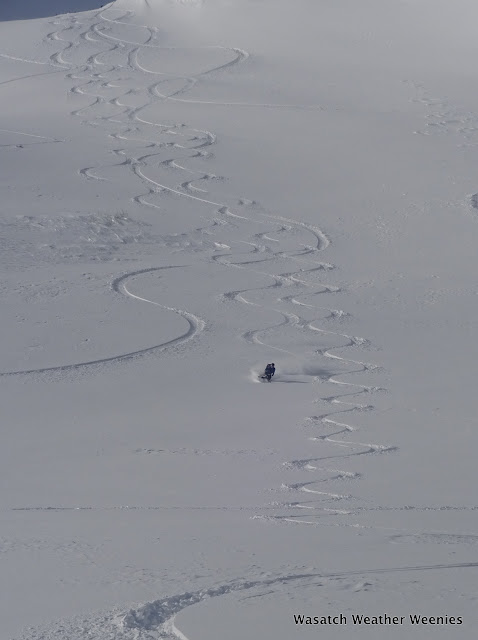 All the short turns were made by the visitors from Utah.  The locals were making high -speed, long radius turns on snowboards or skis. 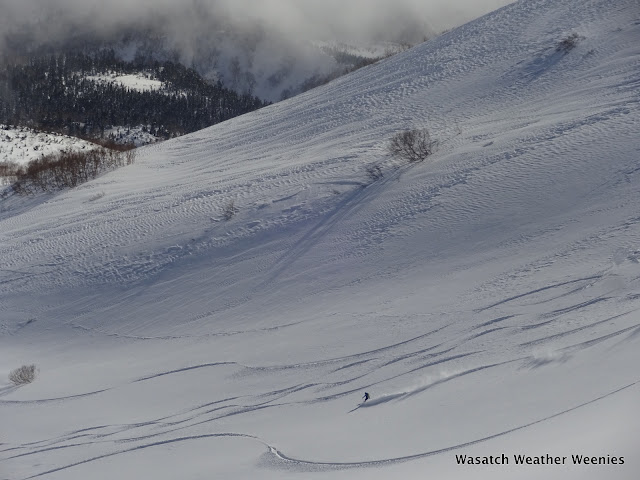 Yours truly enjoying some JaPow on our third lap. 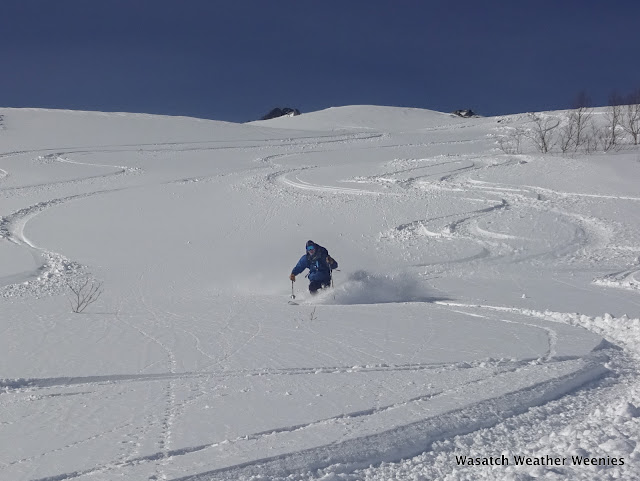 The stratus lowered, opening up more views of the Mount Myoko area later in the afternoon. 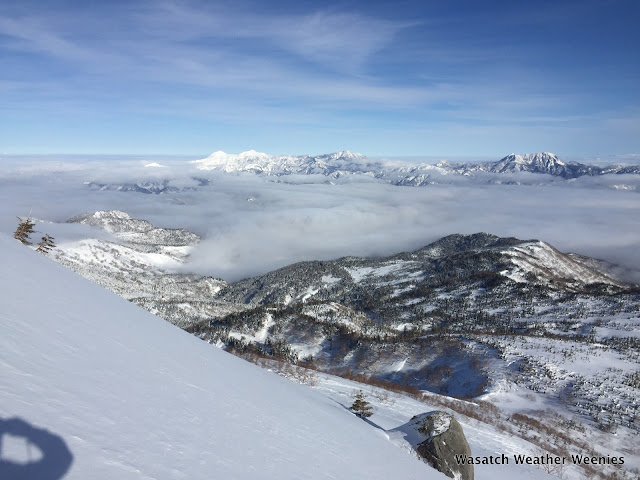 I can't tell you how fortunate we feel to have had a day like this in the Japanese Alps.  I was here in 1998 for the Winter Olympics, but due to work commitments only had a short period of skiing at a resort and could only stare at the Japanese Alps in amazement.  To get weather like this with good snow was incredible. 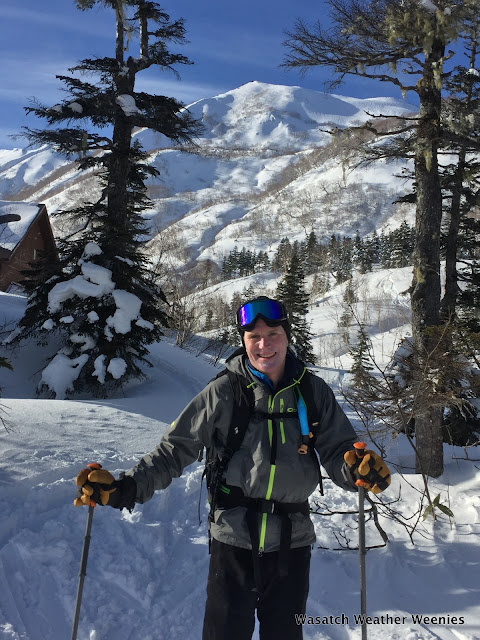 And, you get a hell of a home run.  Including turns down the groomers at the remarkably flat Tsugaike ski resort (I've never seen such long beginner runs that are direct fall line), covered just over 1600 vertical meters (about a vertical mile in imperial units)
By Jim S Posted at 1/06/2017 01:25:00 AM

Email ThisBlogThis!Share to TwitterShare to FacebookShare to Pinterest
Labels: Skiing