For outdoors time, ride is an ambiguous word.  It could me snow riding, the favorite form of recreation for most of the readers of this blog this time of year.  Or, it could mean bike riding, which is also a great activity, but perhaps not the activity of choice in late November or early December.

Unfortunately, the models continue to favor just weak systems moving through the area and forecasts that give us limited mountain snowfall for the next several days.  I'll show a couple of examples.  The GFS forecast below, valid at 1200 UTC 2 December, has a dreaded "Rex Block" parked over the western U.S.  A Rex block features an upper level ridge to the north of a closed low, sometimes referred to as a "high over low block" by those with a Northern Hemisphere bias.

The Euro isn't much better.  For the same validation time, the ridge/trough amplitudes and positions are a bit different, but overall the pattern is fairly similar. 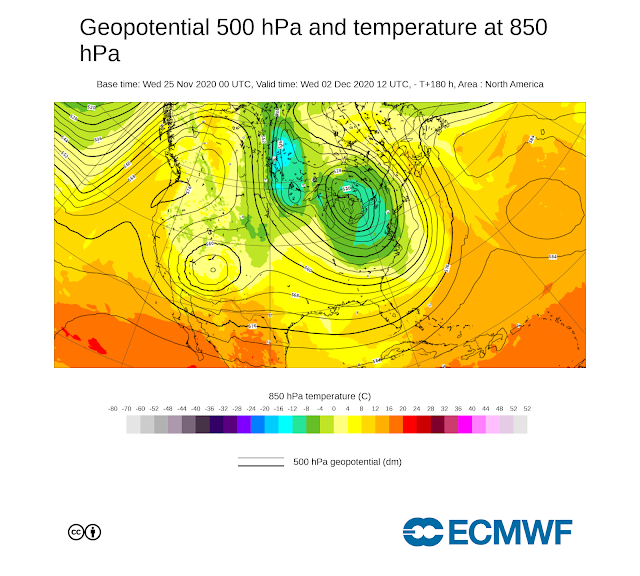 As a result, the 6-10 and 8-14 day precipitation outlooks from the Climate Prediction Center are deeply disturbing.