The weather has been boring in Utah of late, but not in the southern Alps and the Mediterranean Basin.

A powerful Mediterranean cyclone known as a "medicane" and named Detlef formed on 11 November, just north of the coast of Algeria.  Medicanes are a sort of hybrid between tropical and midlatitude cyclones and feature a shallow warm-core structure. 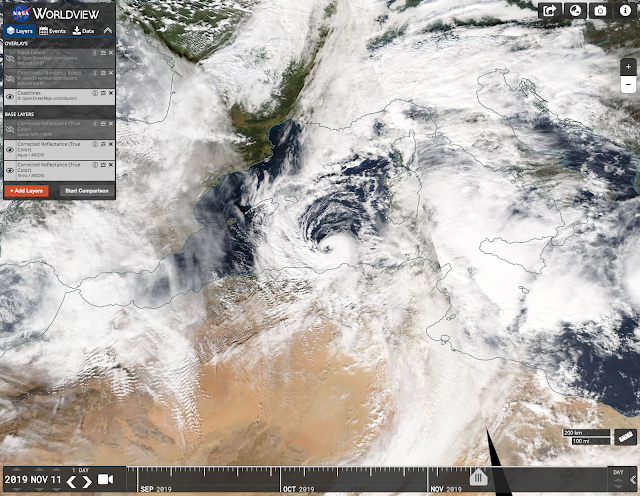 Detlef ultimately merged with another midlatitude cyclone, forming a strong system that sat over the Tyrrhenian Sea between Sardegna, Sicily, and mainland Italy from 0000 UTC Tuesday 12 November through 0300 UTC Wednesday 13 November.  This resulted in an extended period of southwesterly flow over the Adriatic, driving water into the Venice region.  Below is a 3-hour GFS forecast valid at 2100 UTC Tuesday 12 November (1000-mb wind vectors) illustrating the situation, with a very long fetch extending northwestward up the Adriatic Sea to Venice. 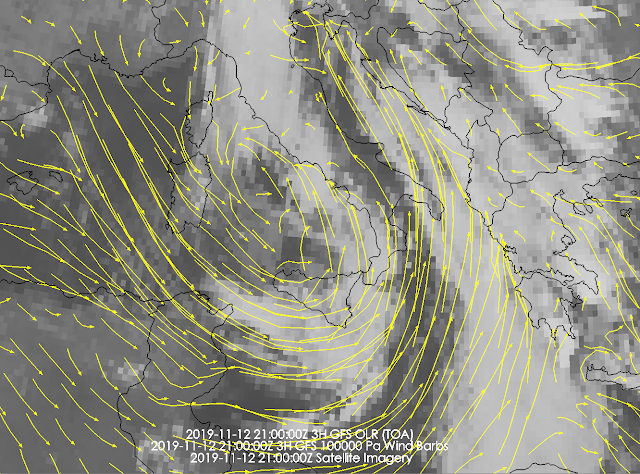 This apparently led to a major Acqua Alta (high water) event that rated as the 2nd highest on record, topped only by an event in 1966.

Venice is becoming increasingly vulnerable to Acqua Alta events due to sea level rise and land subsidence (more on the latter at https://www.livescience.com/19195-venice-sinking-slowly.html).  Gates are being installed to help protect Venice from these events, but the project has been mired by delays and corruption.  Venice is overwhelmed with tourists, but despite overcrowding the entire place is a work of art built right on the water. 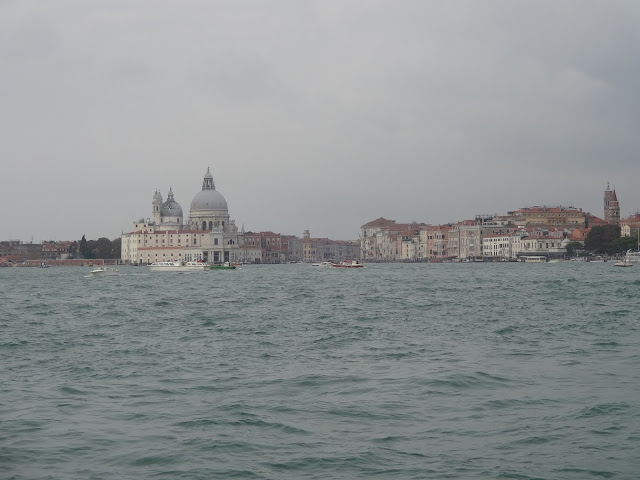 It will be exhibit A in the battle against sea level rise in the coming decades and centuries.  What will happen to great cities like this in the future?

You want snow, head to the Alpine Divide along the Austrian-Italian border and points south.  Below is the current snow depth analysis from ZAMG (the Austrian Weather Service) and the Tyrol-Südtirol-Trentino avalanche services.  As usual, there are large altitudinal gradients in snowfall, but cherry picking a few observations reveals 184 cm at Rettenbachferner (2970 m) near Sölden, 123 cm at Schnalls Teufelsegg (3035) in the Italian Otztal Alps, and 93 cm at Abtei Piz la lla (2050 m) in Alta Badia, Italy. 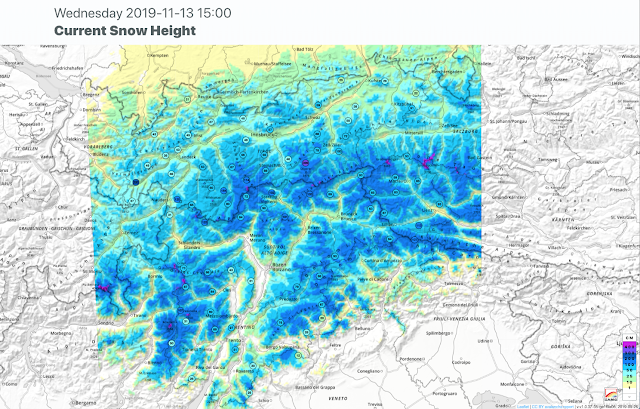 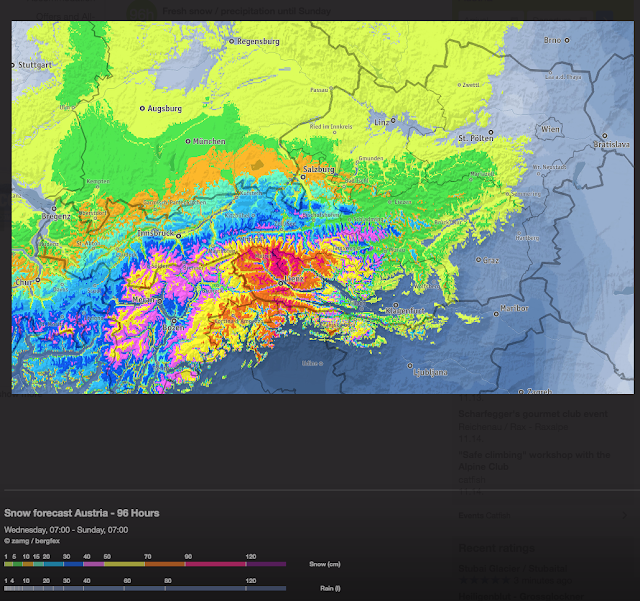