Ridging continues to dominate the weather of the Wasatch after Mother Nature teased us in late October.

It is, however, snowing in portions of the Alps.  In particular, upper elevations of the Tirol, East Tirol, Carinthia, Süd Tirol/Alto Adige, and Trentino are off to a great start to the ski season.  Mountain snow depth listed below from Austria are quite solid for mid November, especially at Sölden and Obergurgl-Hochgurgl in the Ötztal Alps. 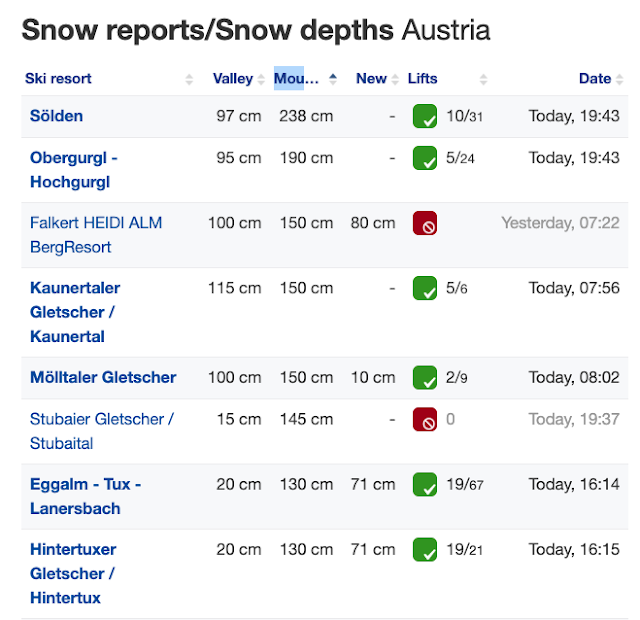 Below is the scene from earlier today (noon local time) at Obergurgl, where wet snow was falling at the base.

The situation today, illustrated below using short-range GFS forecasts, is similar to previous storms this year with a strong low-level flux of moisture (red contours) from the Mediterranean and Adriatic Seas impinging on the Dolomites and Alpine main divide.  The Ötztal Alps, indicated by a star, are not the snowiest part of the Alps, but do extremely well in these flow patterns.  Additionally, they benefit from altitude (numerous peaks over 3000 meters) since these storms can sometimes be warm. 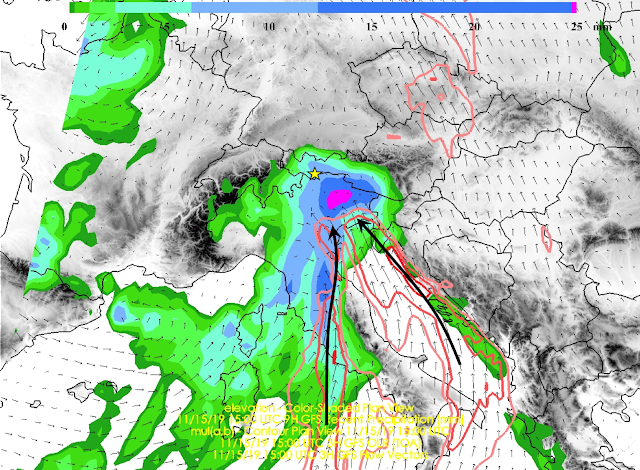 The importance of altitude today is well illustrated by observations from the Deponie observing site at 1488 m just south of Sölden in the Ötztal valley show surface temperatures right at or just above 0ºC since heavy precipitation began earlier in the day.

The noon web cam image from the village of Sölden suggests it observed rain, at least during the early stages of the event. 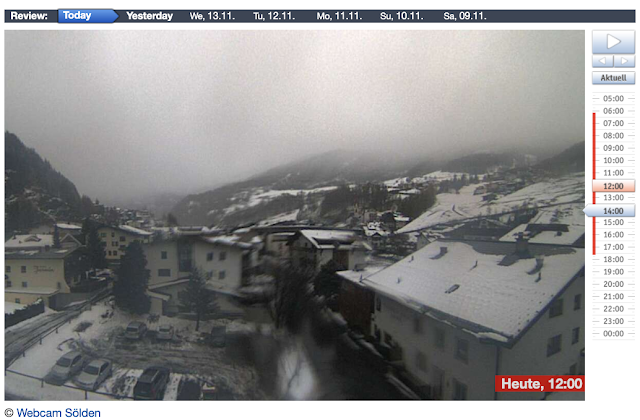 Bottom line is that at upper elevations, portions of the Austrian Alps are off to a really fine start.  There's more snow coming too.  Note, however, that all generalizations are wrong and you shouldn't assume that this means everywhere in Austria is off to a roaring start.  Like politics, all meteorology is local, especially in the Alps.
By Jim S Posted at 11/15/2019 12:22:00 PM