According to the American Meteorological Society, the largest employer of meteorologists in the United States has traditionally been the government.  This includes the National Weather Service, military, as well as other agencies such as the Department of Energy.

However, the private sector is growing rapidly.  Last week I attended a workshop sponsored by the National Science Foundation, American Meteorological Society, National Center for Atmospheric Research, Commodity Weather Group, BMS Re US, Millersville University, and Maxar to lay the groundwork for better preparing students for private sector employment. 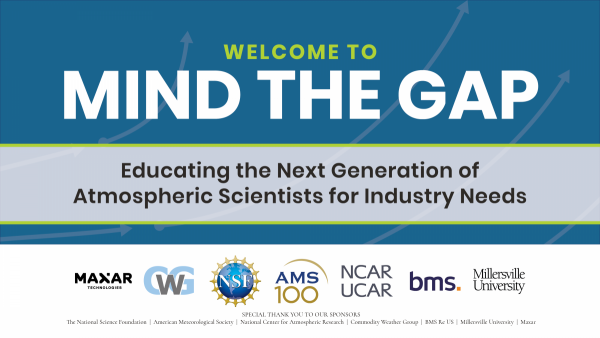 Attending such workshops is absolutely critical for university faculty, especially those like me that have spent a great deal of time in the ivory tower.  Although I do some consulting and interact with private-sector companies, the reality is that I've spent most of my career in academia and, as one attendee put it, "the private sector is not an alternative career – academia is the alternative career."

Below are some of my takeaways from the meeting, which I share especially for students:

2. Graduates need something on their resume besides meteorology, such as business, logistics, data science, etc.  This could be accomplished through a minor, internship, 4+1 master's program, etc.  I think I was told this in the late 1980s when I was in school, but it bears repeating.

3. Many of the positions meteorologists are now taking do not have meteorology in the job title.  Examples include data scientist, customer success specialist, etc.  The meteorologists filling these positions are being hired because of their ability to work with uncertain information, probabilistic data, and weather or climate data.

Students considering employment in the private sector should subscribe to the American Meteorological Society Board for Private Sector Meteorologists e-mail list, watch some of their webinars, and participate in their mentorship program.  These are accessible here.  In addition, although it is a few years old, there is an excellent presentation by Ken Carey of Earth Resources Technology available here that summarizes many of the opportunities.
By Jim S Posted at 7/15/2019 08:11:00 AM