Meteorology of a Monsoon Surge

Last week, we discussed how we were in a pattern characterized by persistent upper-level ridging over the western United States, but that "critters in the woods" would modulate the monsoon moisture and shower and thunderstorm activity (see Persistent Large-Scale Pattern with Critters in the Woods).

One of those critters gave us the relatively pleasant weather on Saturday and another will be affecting northern Utah on Wednesday.

The setup for Wednesday illustrates how both large-scale and small-scale features play an important role during the monsoon.  The situation at 0600 UTC 30 July (0000 MDT Monday) shows a high-amplitude upper-level (500-mb) ridge centered near the 4-corners area.  Anticyclonic (clockwise) flow around this larg-e scale feature results in westerly flow to our north and easterly flow over northern Mexico as depicted below. 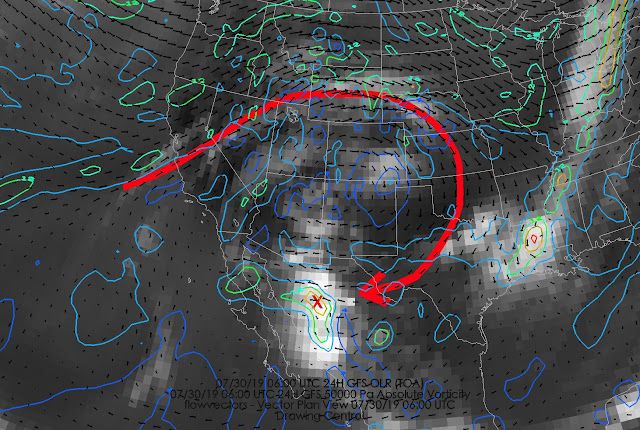 However, there is also an important smaller-scale circulation feature over northern Mexico.  I have identified this feature using contours of vorticity, a quantity used by meteorologists that essentially represents the circulation density.  Vorticity helps identify areas of strong shear and curvature in the flow.  Note that there is a local maximum, denoted by an X, over northern Mexico.  Meteorologists call such a feature a vorticity maximum, and this is our critter in the woods for Wednesday. 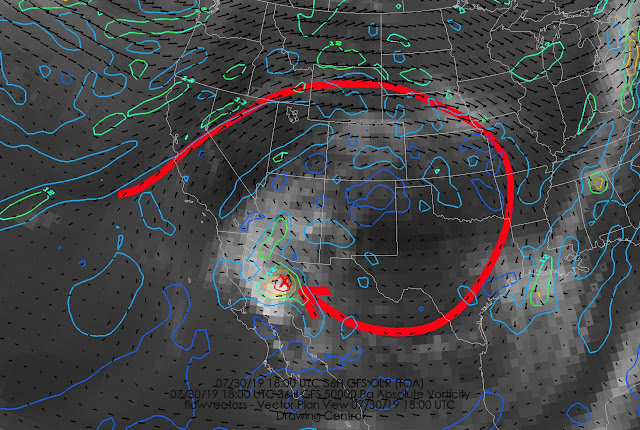 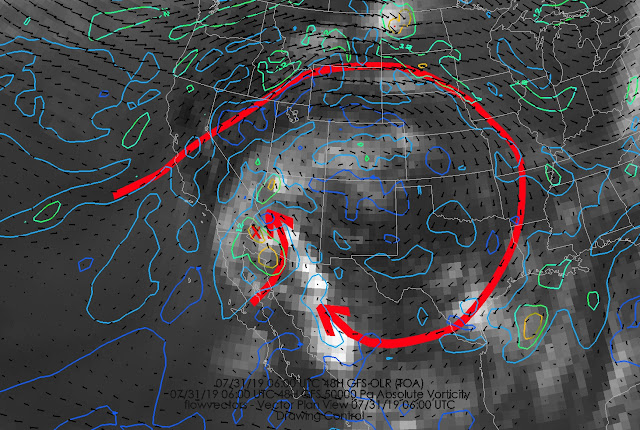 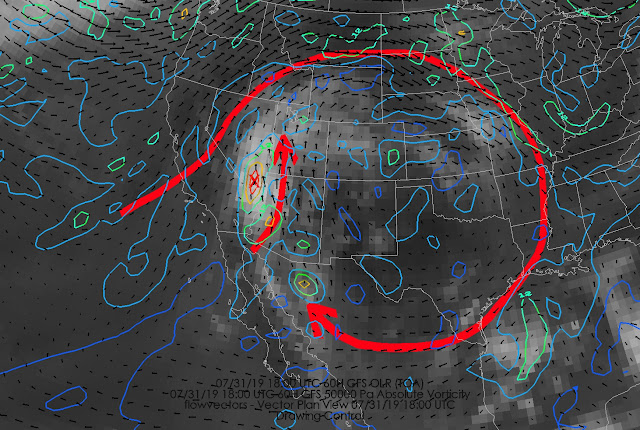 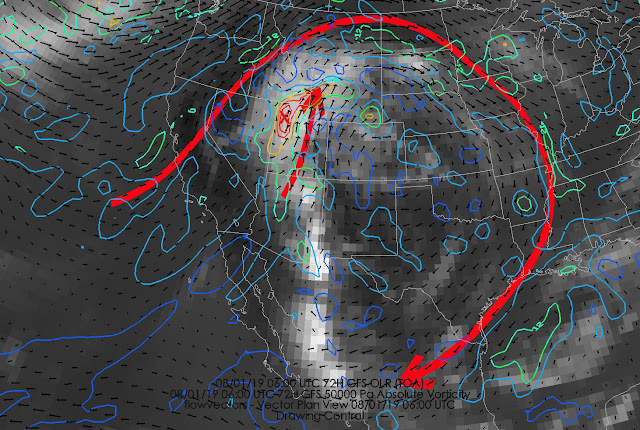 Together, this pattern leads to a very pronounced northward surge of monsoon moisture into Utah, as depicted below by the loop of precipitable water.

We'll see how this all plays out, but keeping an eye on forecasts and recognizing the potential for thunderstorms and related hazards is essential for Wednesday and Wednesday night.
By Jim S Posted at 7/29/2019 09:54:00 AM