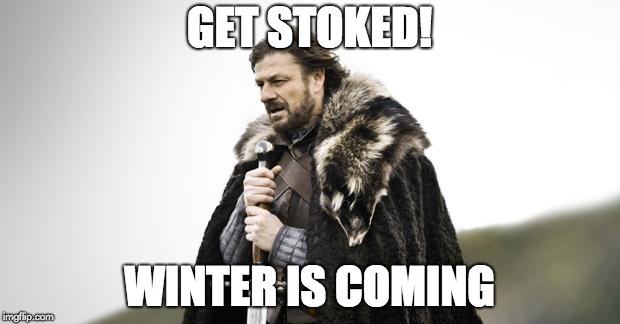 Summer is bad and getting worse.  This year was no exception, with the summer so far (1 June - 26 August) rating as the 6th warmest such period on record at the Salt Lake City International Airport with an average temperature of 78.9˚F.

Throw in a lack of precipitation (0.74" thusfar, 15th driest since 1874) and persistent smoke, and we can all be grateful that the end of August is nigh and that signs are apparent of a change in season.

We begin in the Alps, where severe-weather.eu reports up to 35 cm of snow this morning.  That's right, 35 cm!  That's nearly 14 inches for the metrically challenged.  Doesn't everything sound deeper in metric?

The video below is from the Rifugio Bioche Hut in Alta Badia (2079 meters) in northern Italy.   Looks like 25 cm by their ruler.  Guessing the sun chairs won't see much traffic today.

Meanwhile in the states, a cold upper-level trough is pushing across the Pacific Northwest, with 700-mb temperatures below the coveted 0ºC mark across much of western Montana, northern Idaho, and eastern Washington.  That means those radar echoes in the image below are producing upper-elevation snow. 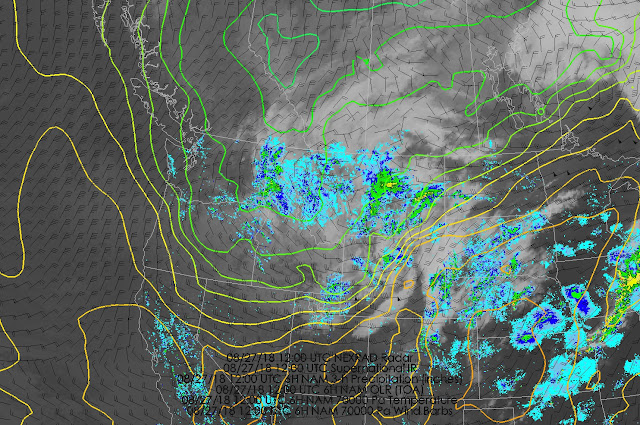 Below is the view at Logan Pass, Glacier National Park this morning.

Hopefully the precipitation and cool weather will help with the wildfires, which have resulted in a number of evacuation orders and warnings in the park.

Northern Utah will see cooler air from the system as well.  The NWS forecast calls for a high of 76˚F both today and tomorrow at the Salt Lake City International Airport.  76!  Scream it from the highest mountaintops!

The last day we saw a sub-80 high here was June 30th.  If we are really lucky, and the HRRR-SMOKE is reasonable guidance, the flow will shift enough that we may even see this smoke abate.  Note in the forecasts below how the flow shifts to northernly and eventually the smoke shifts southward and we get into cleaner air later today and this evening.