Today Went to an Eleven

As far as weather is concerned, today was a Spinal Tap day, because on a scale from one to ten, it went to an eleven. 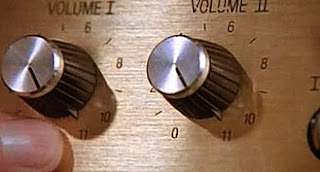 The beauty of January is that you can have a warm airmass, abundant sunshine, and snow that on north aspects just doesn't want to melt.  The reason for this is while a warmer atmosphere transfers energy to the snowpack, the snowpack is also losing energy because it is emitting far more long-wave radiation than it is receiving from the clear skies.   As a result, despite the warmth, the snow remains dry except in areas where it is receiving a lot of solar radiation (e.g., south aspects).  In March, the story would have been much different, with snow melting on all but the steeper northerly aspects due to the higher sun angle and greater incoming solar radiation.

We spent the day with out of town guests at Alta.  For someone from the east coast, today was pretty much as good as it can get. 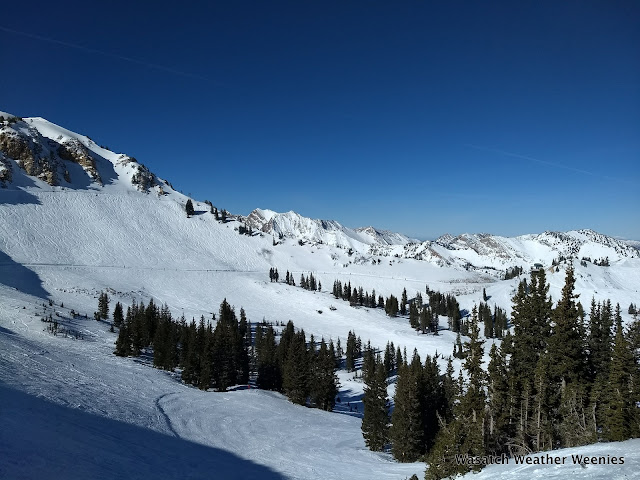 Surely the resorts were happy.  Nothing is better for business than clear skies and warm weather on a holiday weekend. 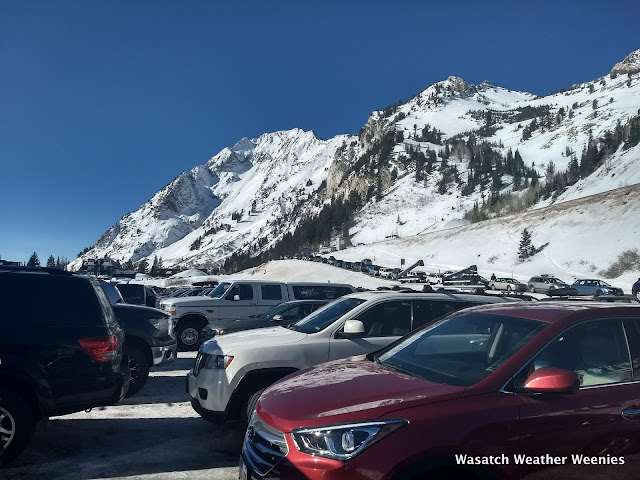 And, while we have a mid December snowpack, the skiing remains better than expected.  Everyone at Alta deserves a pat on the back this year for great work.  With the High-T open, it was fun to ski some steep lines.  Once off the ridge, cover was quite good and the chalky conditions fun, especially in the afternoon. 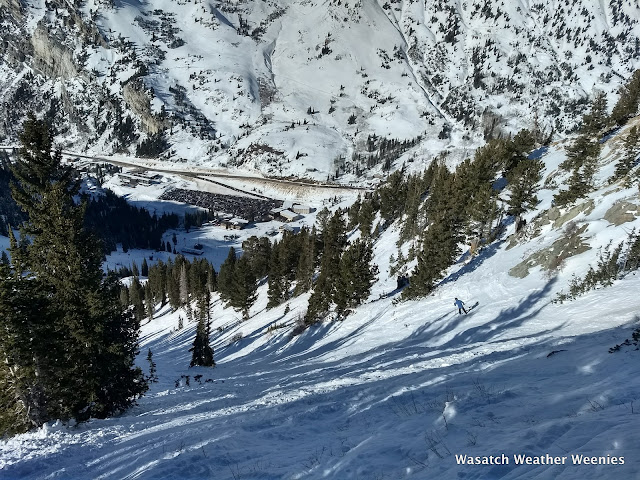