It's no news to readers of this blog that California has had a winter for the ages.  As of May 5th, automated snowpack sensors showed the snowpack in the northern Sierra/Trinity region at 189% of average, central Sierra at 193% of average, and southern Sierra at 168% of average. 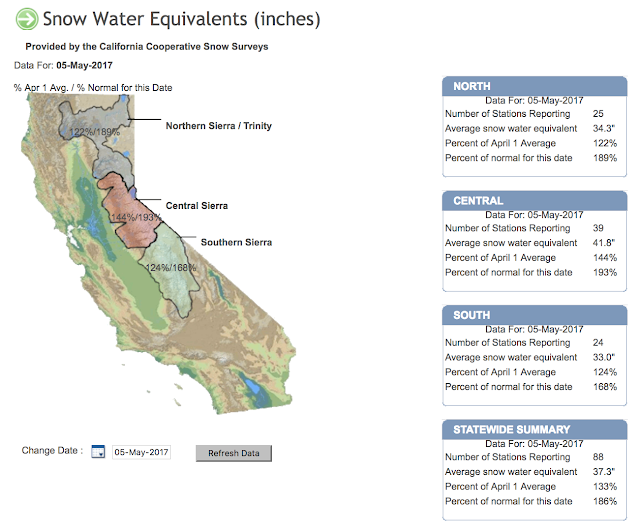 Those numbers are impressive, but here are the peak snow depths from manual snow course measurements taken in late April and early May from each region: