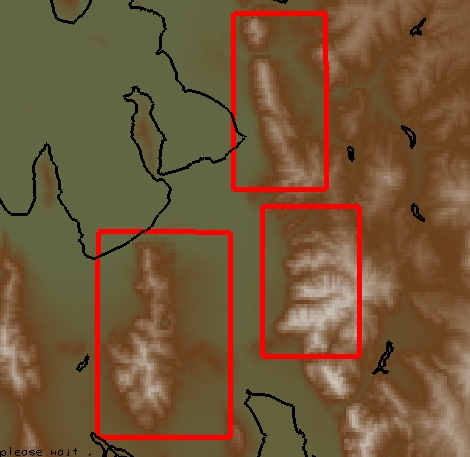 With the large-scale flow out of the northwest, one can see persistent and strong radar returns over the Tooele Valley to the northwest of the Oquirrh Mountains, upstream of the northern Wasatch, especially the Bountiful Bench Area, and upstream of the central Wasatch.  Note the lack of echoes ("rain" shadowing) downstream of the Oquirrhs over the southwest Salt Lake Valley, and downstream of both the northern and central Wasatch (note: there is some blockage of the radar beam in these areas too, but there are also clear "rain" shadow effects).

Looking at a single image can sometimes help.  If you look carefully at the central Wasatch, you can see enhancement on the high ridges surrounding the Cottonwood Canyons, including Lone Peak, Twin Peaks, and the Mt. Olympus areas.  It is probably snowing harder in those areas than the upper Cottonwoods when that scan was taken. 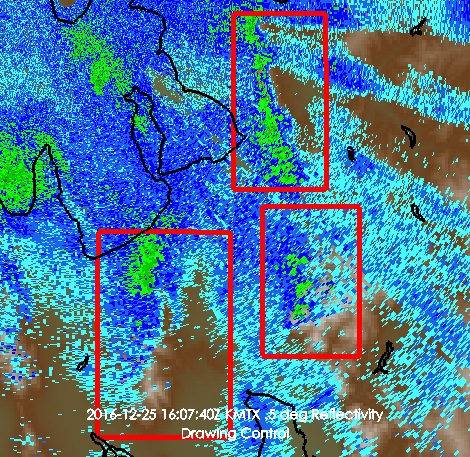 I suspect that this morning we have a case of an "upside down" storm in which snowfall rates (in terms of water equivalent) are higher along the base of the mountains than on the summits.  Snowfall rates might also be higher in the lower canyons than the upper canyons.  That wasn't the case for the entire storm, as the mountains certainly got the goods yesterday and overnight, but it appears to be the case this morning.