These Are the Times That Try a Meteorologist's Soul

There can be little doubt that meteorologists live for patterns like the one we are about to experience, but that doesn't make weather prediction any easier.  Yes, these are the times that try a meteorologist's soul.  If anyone can send me a sixer of Pineapple Express for the weekend, do it immediately! 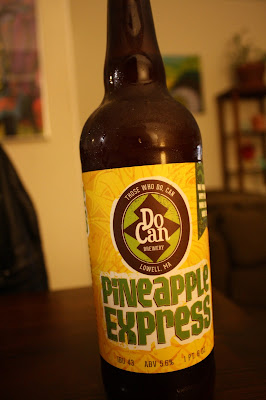 Here's how I'm going to get through the next few days.

I think the term atmospheric river is a useful one, but it incites hype and panic that may or may not be justified. 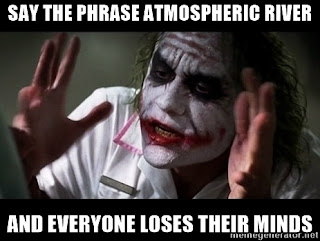 In addition, some of the models, as we will discuss below, are prone to put out huge numbers that could, but are not very likely to verify.  Channeling Mr. Spock and thinking logically is essential.  This is a significant event, but as is always the case, there is a range of possible outcomes.

A couple of years ago, when they upgraded the GFS to 13-km grid spacing, it started putting out HUGE water-equivalent numbers for Alta.  The basic problem is this.  The GFS has a very simply "parameterization" (i.e., technique) for simulating cloud processes and it is far too efficient over high mountain areas of the western U.S., leading to excessive precipitation over high-elevation areas (despite the fact that the model terrain is relatively smooth).  An example is shown below.

Now you might say it is supposed to precipitation more in the mountains and that is generally true (especially in a pattern like this).  The problem is it simply precipitates too much and most of the time the GFS produces far too much precipitation in most areas.  Ditto for the NAM 4-km.  It's not that it's impossible that we get the totals advertised by the GFS, but it is on the outer limits of what might happen.  Only hypesters grab the GFS precip and run with it.

The models are in reasonable agreement on what will happen through tonight with the passage of a warm front and mid-level trough across the state, as depicted below. 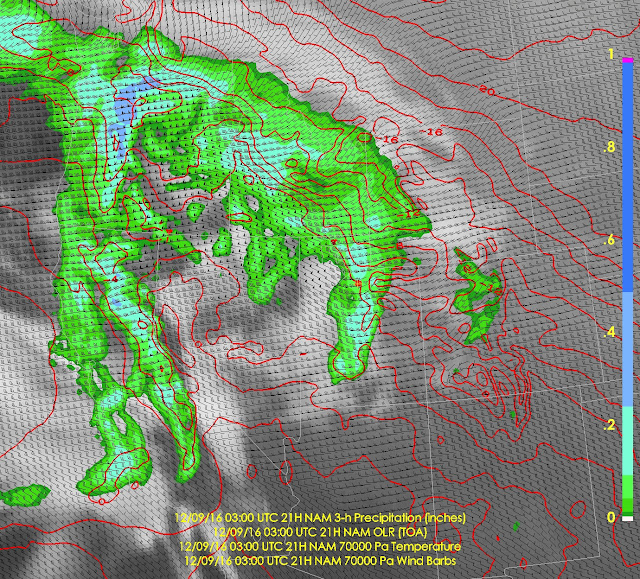 After that, the differences are subtle, but very important for orographic precipitation.  Check out, for example, the plume diagram from the NCAR ensemble at Alta.  Fairly tight agreement through about 04Z when the warm front pushes through, after which the precipitation forecasts diverge rapidly with a wide range thereafter.

Much simply depends on the position of the moisture plume, the strength and timing of embedded disturbances, and the local flow direction.

Step 4: Putting It All Together

We are looking at an active period for the Wasatch Range beginning late today.  There will probably be breaks in the action and variations in precipitation intensity that are difficult to anticipate at this juncture.  My best guess for Alta would be a total water equivalent through 11 PM Saturday of 1.5 to 3 inches.  This brackets the 2" produced by the NAM, but is skewed slightly to higher values.  One can certainly find models and ensemble members going bigger than this, and I would not be surprised if that happened, but I tend to be conservative and consider that to be a lower probability possibility.

Snow levels will rise today and tonight and could flirt with the base of Park City Mountain Resort tomorrow and tomorrow night before falling late Friday night.  The higher temperatures and wind will mean higher water content snow through Friday night before we see drier snow on Saturday.