In the wake of our wonderful Christmas miracle snow storm, an ugly air pollution episode has developed along the Wasatch Front.  Views this morning from the upper Avenues showed smog and stratus over the lower Salt Lake Valley. 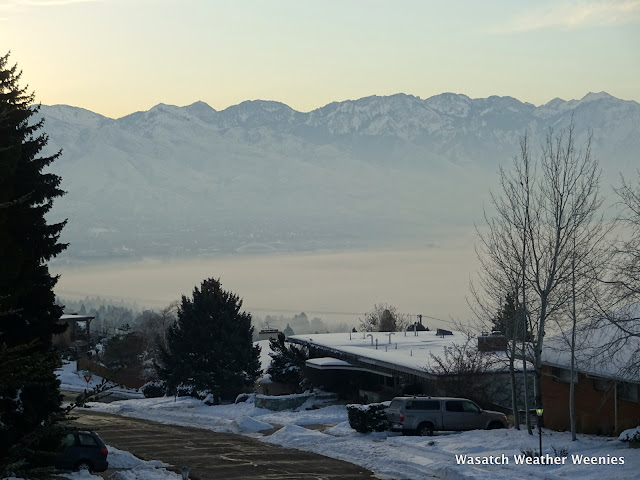 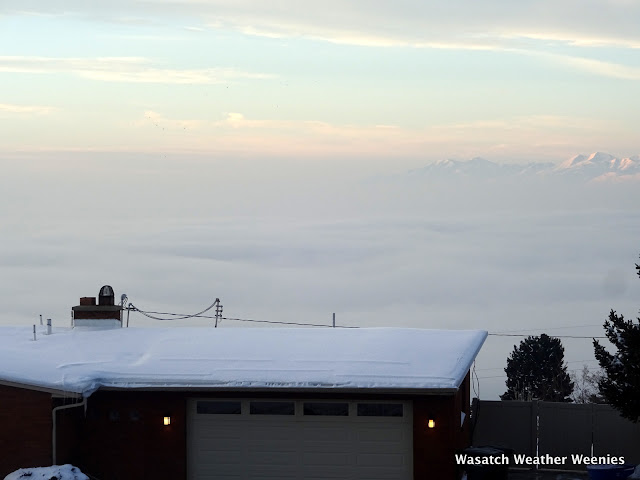 This morning's sounding shows a deep inversion over the Salt Lake Valley.  At the time of launch, the surface temperature at the Salt Lake City airport was -7ºC (19ºF), whereas temperatures from about 800 to 700 mb were above freezing.

Yesterday was quite warm in the mountains (I nearly melted while skinning up a sunny, windless, south aspect) and will be even warmer today.

Meanwhile, the valley remains mired in pollution.  Yesterday, PM2.5 concentrations measured by the DAQ sensor at Hawthorne Elementary along 700 East peaked at 71 ug/m3, which qualifies as unhealthy.  Although PM2.5 levels have lowered some, they remain just below the unhealthy for sensitive groups threshold.  I suspect we will see another push to higher values today.

The characteristics of this inversion episode, especially it's extremely shallow nature, result in large spatial and temporal variations in PM2.5.  The University of Utah operates PM2.5 sensors at both the Neil Armstrong Academy in West Valley and near Red Butte Canyon at the University of Utah.  At the Neil Armstrong Academy, PM2.5 concentrations have not been peaking as high as at Hawthorne,, with a high yesterday in the low 40s.

At the University of Utah, one can see how the pollution tends to push in during the afternoons, but then lower at night.