Dusty Snow: The Monster in the Basement

"A very strong cold front arrived on April 15th with near hurricane velocity winds.  The storm knocked down trees, signs and power poles all over Utah and filled the air with choking dust.  In the next week, 42 inches of snow fell on top of the chocolate brown layer of dust.  Backcountry recreationists had their last fling with some of the best powder of the season on mostly stable snow.  Then, finally, spring arrived."

Sound familiar?  That quote is from the Utah Avalanche Center 2001-2002 annual report.  The very strong cold front on April 15th was produced by the 2002 Tax Day Storm, which like the storm we experienced earlier this week, was a huge dust producer.

The snow that year was remarkably brown once we were well into the melt season.  We are guaranteed a repeat of that this year, at least in those areas where a snowpack remained prior to this week's storm.

One of our readers, Scot Chipman, sent me the photo below of the snowpack at Snowbird (Volkl thanks Scot for his careful product placement!).  26 inches of beautiful white snow on top of a layer of dust deposited on the snowpack by wind and falling snow during Tuesday afternoon and evening.

As that white snow melts, it will percolate through the snowpack and eventually the dusty layer (a.k.a. snirt - part snow part dirt) will be sitting on top.  Here's how things looked in May last season. 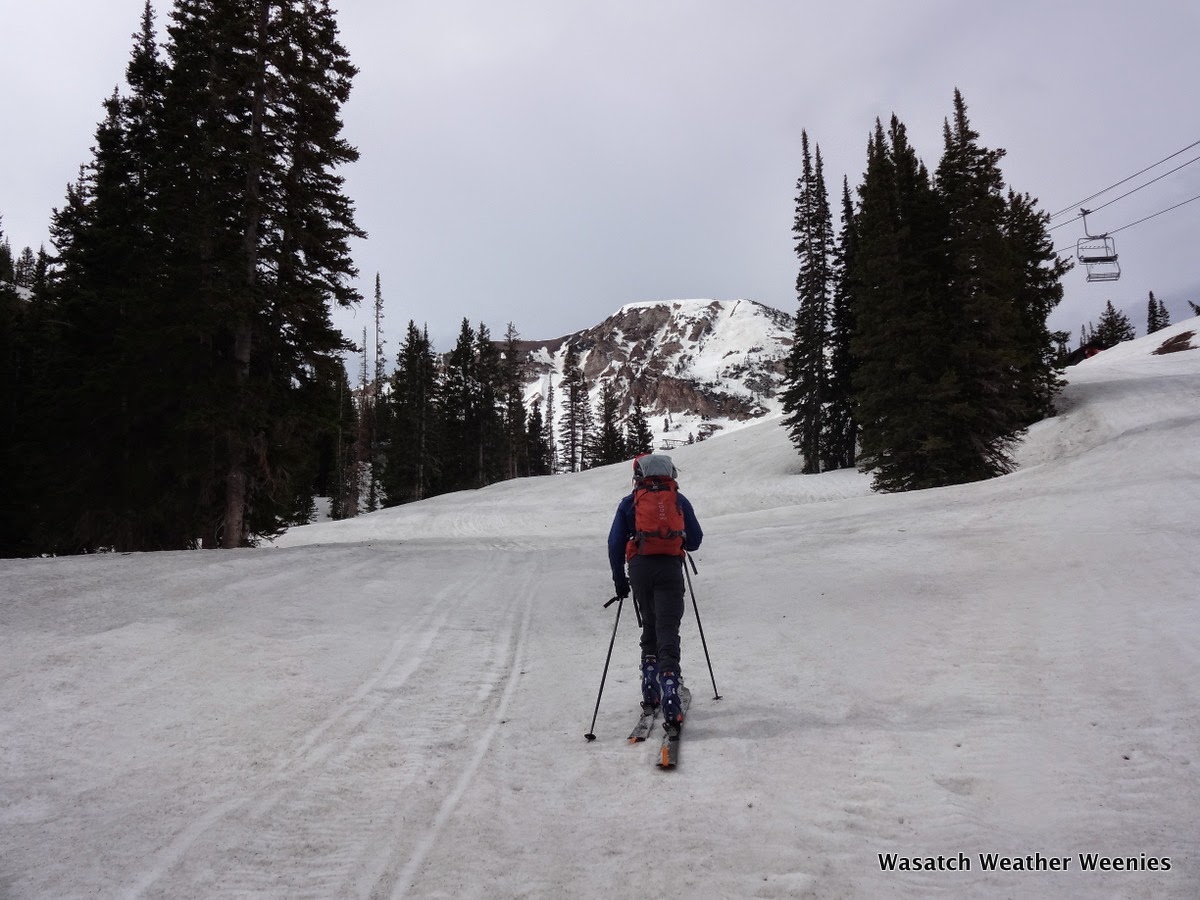 Yes, that was snirty, but this year will be far worse.  I wonder how tolerable late-season tours are going to be once the snirty monster in the basement is sitting on top.

A few people have asked me if all this dust is due to the drought.  Drought may be an exacerbating factor, but the primary factor in dust storms in Utah is strong flow over a disturbed land surface.  Cryptobiotic crusts (pictured below), desert pavement, and other natural surfaces in the desert west are very resistant to erosion.  However, as can be seen by the trails below, they are also easily disturbed. 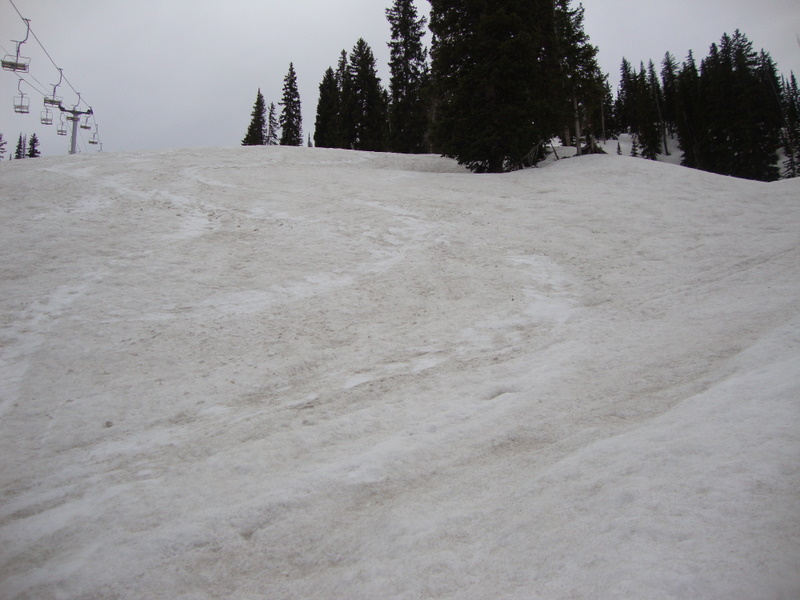 Further, the processes influencing dust emissions from playas (i.e., dry lake beds) are very complex and not as straightforward as the surface being wet or dry (see Reynolds et al. 2007 for an example).