The Last Dump of the Season 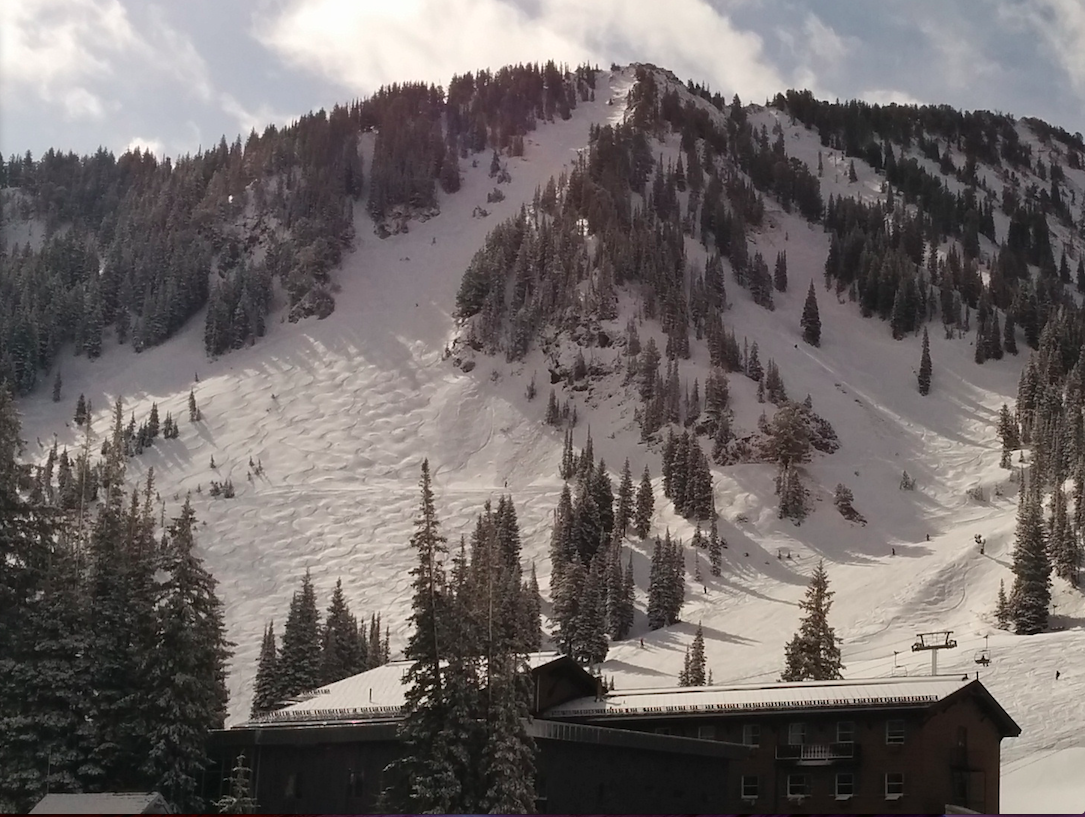 The skiing wasn't half bad this morning as the cream-on-crust skied pretty well despite the fact that it only added up to about 7 inches in the upper elevations and far less in the lower elevations.  It was nice to see white snow again, although the snirt was very quickly starting to appear in tracked areas by noon.

I've lived long enough in Utah to know that we can get some freshies nearly any time of year and I've seen some good dumps in May and even early June.  Even if that happens this year, the snow we get tonight will be, for all intents and purposes, the last dump of the season.

I suspect that something in the 4-8 inch range is the most likely scenario for accumulations in upper Little Cottonwood through 9 am tomorrow, with a modest chance we'll do better than that.  With an early start, the high altitude (>9500-10000 ft) north aspect ski touring might be decent tomorrow as the snow should be right-side up and falling on what we got last night.
By Jim S Posted at 4/25/2015 02:11:00 PM