Full Steam Ahead for OWLeS 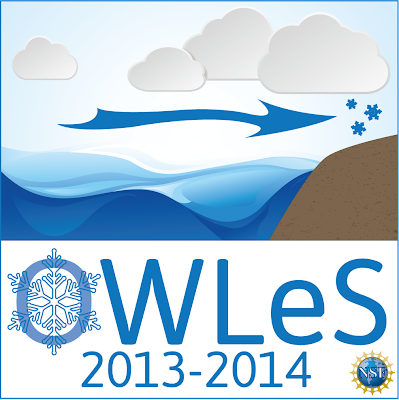 With all quiet on northern Utah's eastern and western front this morning, and generally benign weather expected the first few days of Thanksgiving week, our gaze turns eastward to upstate New York and the Tug Hill Plateau where we are now gearing up for the National Science Foundation sponsored Ontario Winter Lake-effect Systems (OWLeS) project (see also The OWLeS Field Program: Adventures on the Tug Hill Plateau).

Although there have been some lake effect rain and "slush" events during the past couple of weeks, The Tug Hill just had its first significant, widespread dumpage, so our excitement level is rising.

In addition, the National Science Foundation issued a press release on our activities on November 18, so we are not only busy with equipment preparations, but are starting to field calls from reporters.

I suspect most Utahns won't bother making the trip (ha ha), but I know we have some upstate New York readers and if they are interested they can visit the media day and open house that will be held at Penn Yan Airfield near Geneva on December 4.  Click here for more information.  Tours of the Wyoming King Air research aircraft and Doppler on Wheels mobile radars will be included.

We have already installed some of our equipment on the plateau, but our "advance" team will be departing Salt Lake on Saturday November 30 to begin the long drive to upstate NY and get the rest of our equipment installed in time for the first potential day of field-program operations on December 5th.  I'm currently negotiating with the weather gods for a snow-free trip for the team.

I'll do some occasional posts on our activities on this blog.  You can also follow our activities at owles.org or www.facebook.com/OWLeSProject.
By Jim S Posted at 11/24/2013 11:05:00 AM