Update on the Insanity

It's been a pretty crazy 24-hour period on the meteorological "front."  Yesterday's high at KSLC was an incredible 104˚F.  Not only is this an all-time record for September, but it is the highest temperature ever reported at KSLC after August 5th.  Some colleagues of mine pointed out that this was 4˚F warmer than reported at surrounding sites.  I have to concur that the airport highs seem jacked, whether it be instrument or siting characteristics.  Nevertheless, 100-102 would still tie or beat the all-time for September, so it remains blisteringly hot for this time of year.

I took the picture below at about 7:20 this morning while mountain biking in the Avenues foothills.  Notice anything unusual? 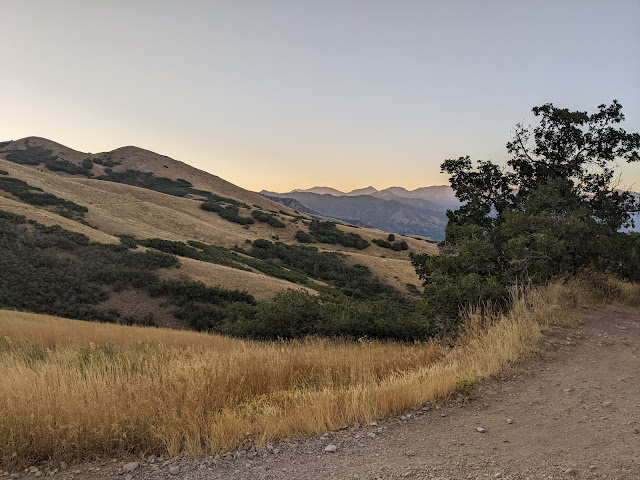 Ha ha.  You can't see anything unusual, but the temperatures sure were.  I woke up at 6 am and it was 80˚F at my house.  80!  Overnight downslope winds in the University of Utah area kept overnight temperatures quite elevated. Surface observations at around 1200 UTC/0600 MDT showed NE flow around campus with temperatures 84-87˚F.  Incredible! 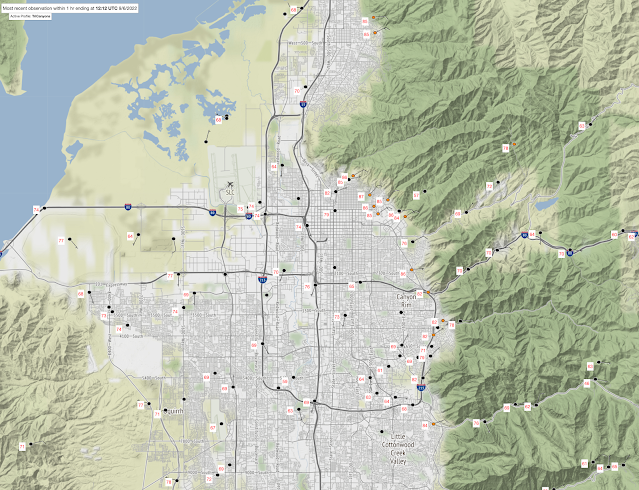 What an insult to injury this September has been.
Observations from the William Browning Building on campus are quite interesting.  They show overnight temperatures hovering near or just above 85˚F from about 2100 MDT yesterday to 0630 MDT this morning.  During this period, the flow was easterly with gusts reaching as high as 28 mph.  At a bit after 0630 MDT, however, the wind shifted and began to veer from southerly to northerly.  As soon as the wind shifted from easterly, the temperature dropped more than 10˚F as the valley cold pool replaced the warm easterly flow. 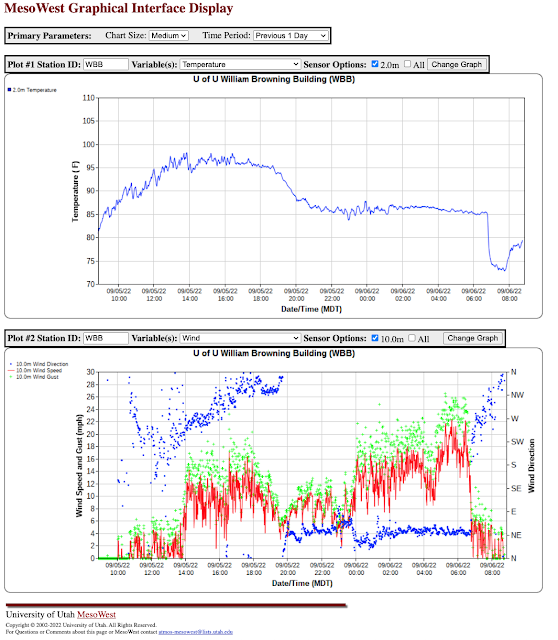