I've been AWOL for a few days attending my daughter's graduation at Arizona State.  It was an outdoor affair with temperatures near 70. 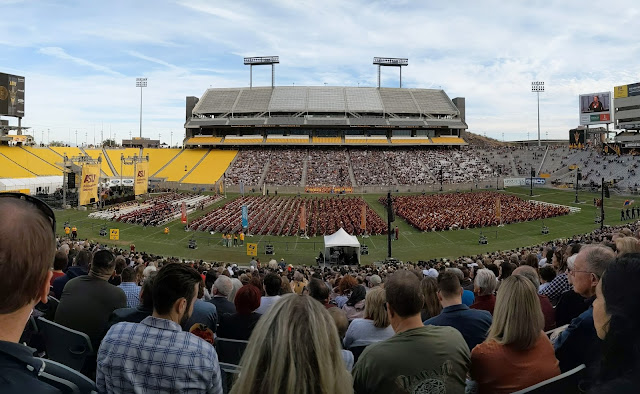 The transition to Utah on our return last night could not have been much more dramatic.  I figured our 8ish PM flight arrival time could pose problems for both the frontal wind shift and the snow, and when we boarded, I thought it would be close.  Indeed, we had reached Provo when I felt the plane slow and turn and I thought "oh oh."  The front just passed the airport, so they held us while they reworked the landing pattern for the northwest wind.
I was worried the snow was probably piling up, but eventually we landed in rain.  By the time we reached the Lyft pickup area, it was, however, full on.  The driver picked us up in a GMC Acadia and I thought we might make it home.  Alas, I asked him about the tires and he said he was getting a new set next week!  Not good.  He barely made it to my son's house near the University of Utah campus and I told him that was enough.  We then switched to my son's car and drove home.  Fun times.
Last night's storm was the storm we were looking for.  On top of the storm late last week, it should make a HUGE difference for ski conditions.  All elevations with decent water totals including 1.3-1.8" in Little Cottonwood tapering to 1-1.2" on the Park City Ridgeline per the Utah Avalanche Center.  It was also an all elevations storm.  About a foot at my place.  Should be really good base for the Nordic types out there.
It will take me a while to dig out literally and figuratively, so I haven't had a chance to properly peruse the model forecasts.  A quick peek suggests more is on the way for Thursday and Friday.  Our GFS-derived forecast for Little Cottonwood is spitting out another 10 inches or so during that period and snow levels look to be at the valley floor.
The Snow Miser has returned!  HOORAY!!! 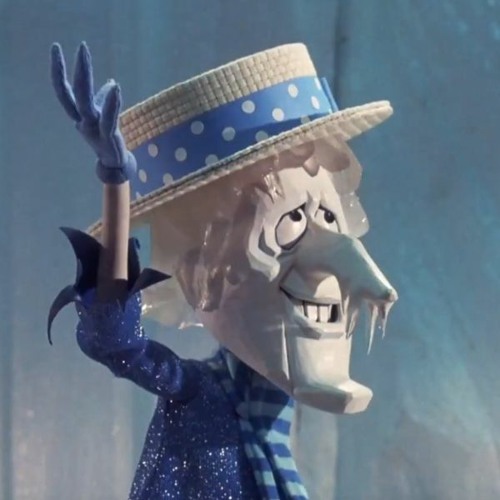