We returned to Hades from our Northwest vacation late yesterday.  Sadly, we awoke this morning to an apocalyptic scene thanks to heat and smoke from fires in Oregon and California.  Below is the view from my morning ride on the BST in the Avenues foothills. 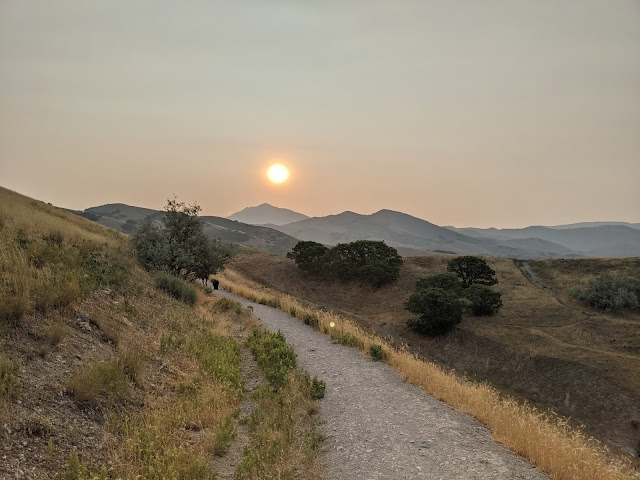 Although we suffered through the Seattle heat wave and it was beginning to get uncomfortable on our last day of hiking in the central Oregon Cascades, for the most part, we had enjoyable weather for our time in Southeast Alaska and on the Oregon coast.  Below are a few photos in case you miss clear skies and sub-80˚F temperatures. 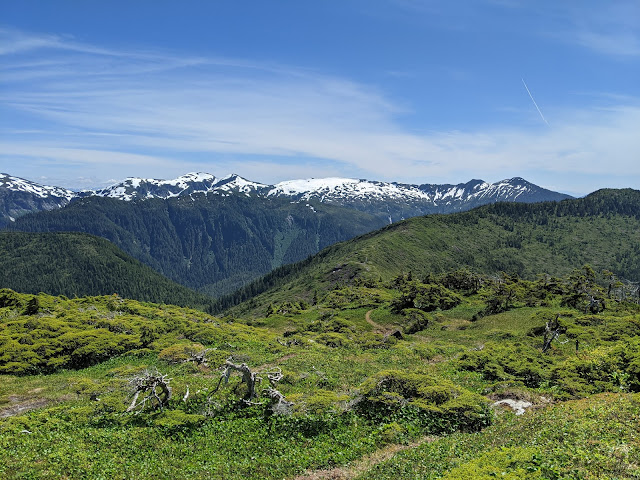 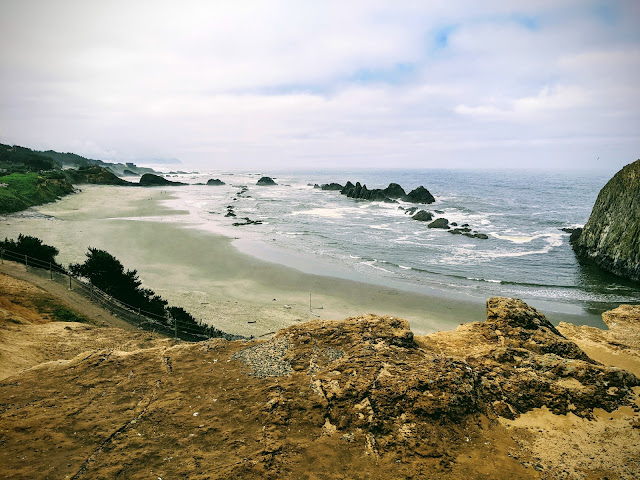 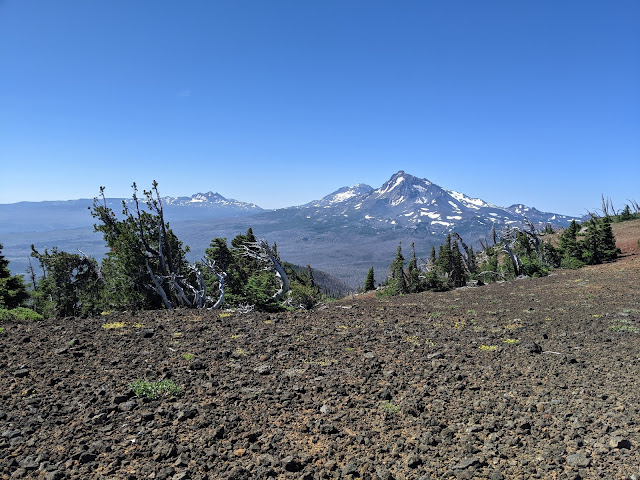 Let's take a peak at the meteorological insanity of the past few weeks.  June was blistering hot across the Great Basin and adjoining region.  The map below was produced by Brett Brettschneider (@climatologist49 on Twitter) and shows the temperature ranking for counties in the contiguous US during that fateful month.  Every county in Nevada, all but 2 in Utah, and many counties in California, Arizona, and Idaho observed their hottest June on record.  A few counties in the PacNW did as well. 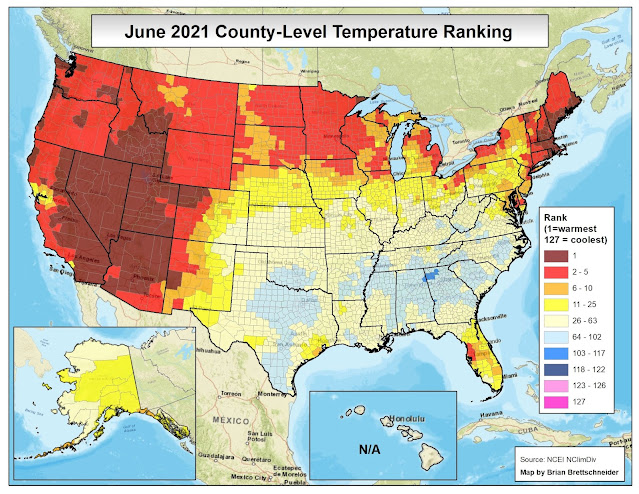 For much of that region, things have only worsened in July.  Chances are you've seen some of the recent numbers.  St. George hit 117˚F yesterday, which ties the hottest reading recorded in Utah (still waiting on whether or not this will be recognized officially as the state record).  Grand Junction also set an all-time high a couple of days ago.  Death Valley?  How about a high of 130˚F, which is probably the hottest they've recorded since serious concerns have been raised about the validity of their 134˚F in the first part of the 20th century.  Overnight, the low in Death Valley was around 107˚F.  That may be the highest minimum ever recorded in North America, although I'm waiting for confirmation on that.
Shall we take a peak at Salt Lake City?  The average temperature from 1 June to 10 July was 81.5˚F, a number that is 2.9˚F higher than the next closest year (2017) and 4.7˚F higher than the closest 20th century year (1988).
Ah, the 20th century.  The good old days.  Are you old enough to remember when 1988 was the hottest on record in Salt Lake City?  Thanks to the Internet, you can either visit or revisit that summer and what people thought of it. 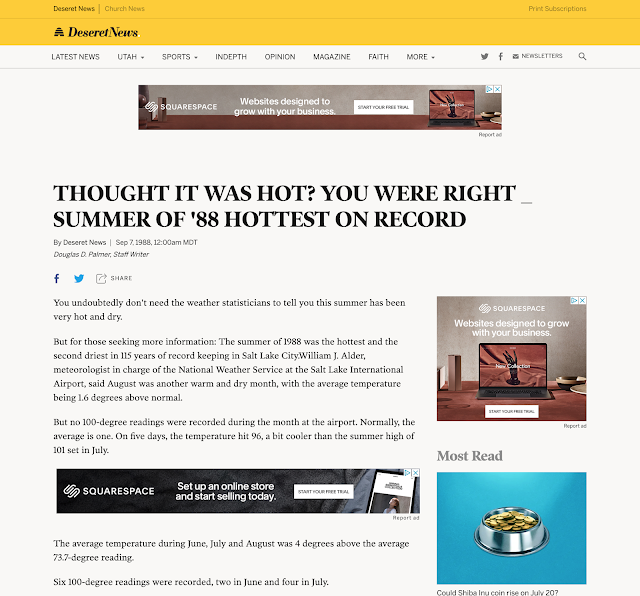