Yesterday Was the Hottest on Record in Salt Lake City

Yesterday morning I opened the door at 6 AM for a walk and was blown away by a hot blast.  It seemed ridiculously warm.

Below are the 63 highest minimum temperatures observed in Salt Lake City (basically, every day with a minimum of 77˚F or higher).  You will likely noticed something not all that surprising.  A supermajority (about 78%) have occurred in the 21st century. 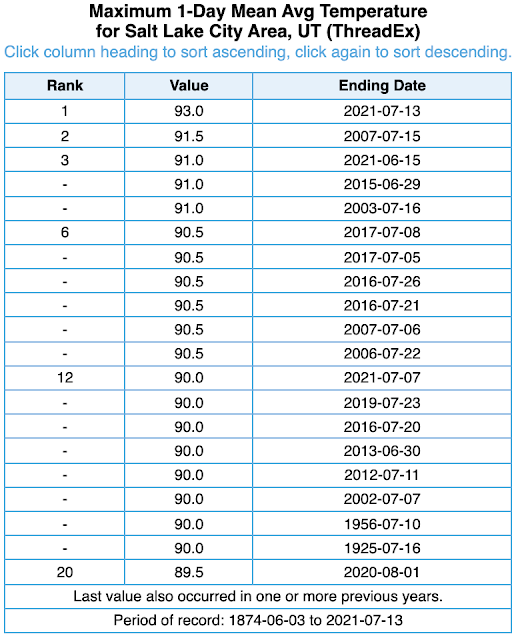