In late July, the last two mountain stages of the Tour de France were shortened due to hail and mudslides associated with severe convective storms of the western Alps.  As we discussed in a blog post following stage 19 (see Weather Hazards and Bike Racing), there is a very real possibility that the Tour of Utah could be affected by a similar storm.

Indeed, it is a good thing that the Tour of Utah wasn't being held in the Cottonwoods yesterday afternoon when severe thunderstorms dumped their goods in the central Wasatch, producing what the National Weather Service reported as two-inch per hour precipitation rates. 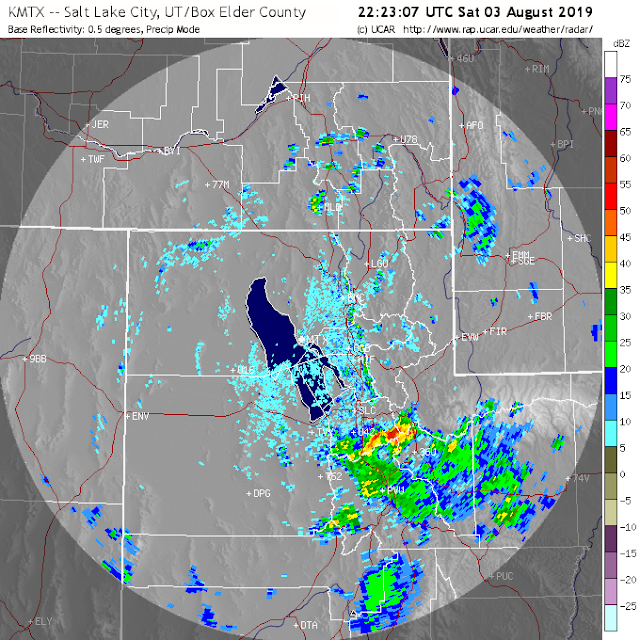 Hail was also observed and covered the highways in both canyons per the National Weather Service.

Hail is covering the roads in the upper reaches of both Big and Little Cottonwood canyons!!! (Image courtesy of the Utah Dept. of transportation) #utwx pic.twitter.com/uS6FqsFJbA
— NWS Salt Lake City (@NWSSaltLakeCity) August 3, 2019

Alta today showed plenty of evidence of heavy rainfall and associated runoff with a shallow layer of mud and rocks covering the highways and parking lots in places.  It must have been a scary experience for anyone caught out hiking, climbing, or biking during this storm. 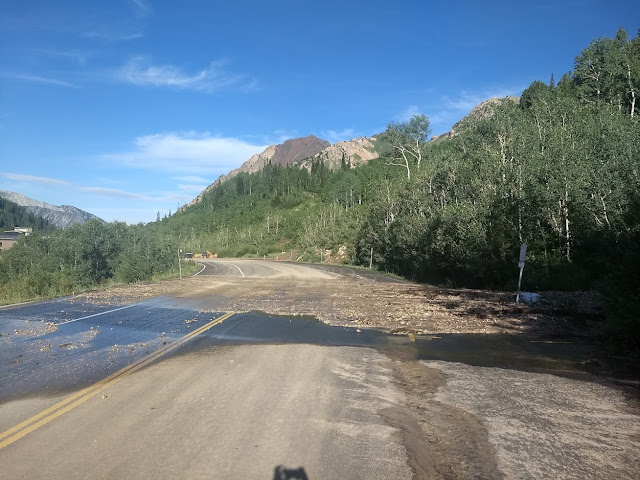 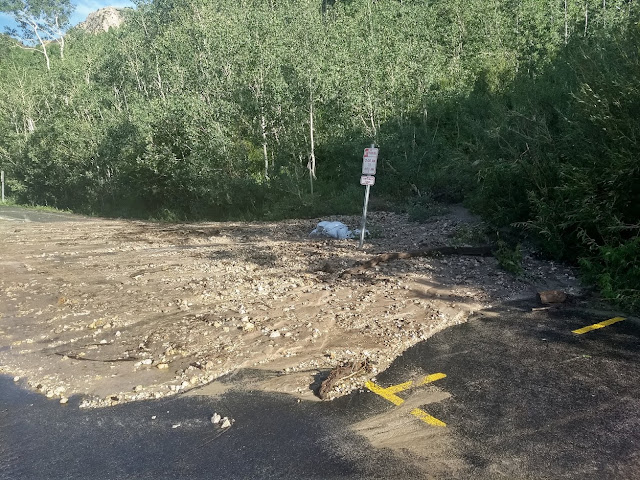