I like to joke that "storm chasing" Utah style involves sitting in one place and scanning storms repeatedly, which is exactly what we've been doing today for OREO IOP2. 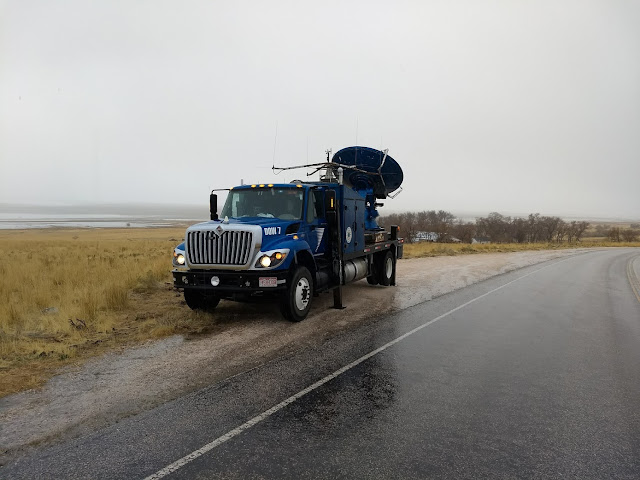 Antelope Island is a great place to operate the DOW as there are unblocked vistas of much of the northern Wasatch and even the Salt Lake Valley.  It's a bit farther from the Cottonwoods than we like, but we can do a great deal looking at other parts of the Wasatch.

Much of the day we scanned a relatively broad frontal band.  Pretty boring by our standards, but it might still yield some interesting data.  However, during the afternoon, the flow shifted to WNW and the atmosphere destabilized, yielding some shallow convective showers. 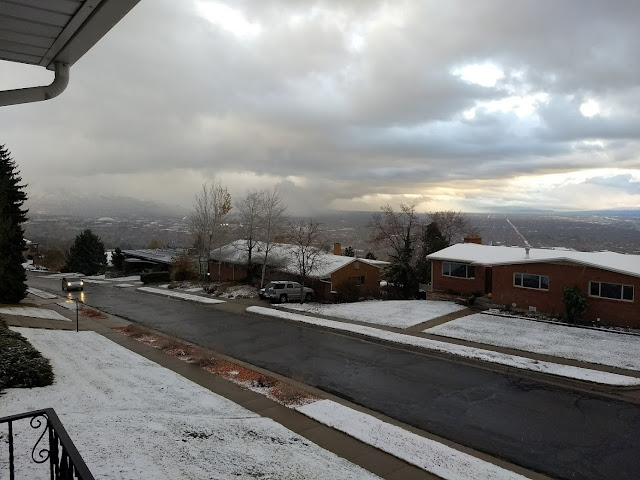 These showers produced a bit of graupel in downtown Salt Lake City and the Avenues (and perhapse elsewhere). 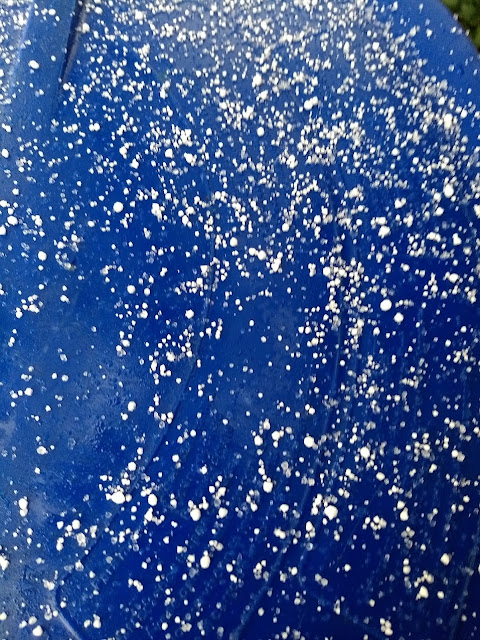 One thing we can do with the DOW is take vertical scans through storms.  The orange and yellow stuff at the bottom of the vertical scans below are ground clutter produced by mountains, but the purples are some of the convective showers, which you can see are shearing off downstream with height. 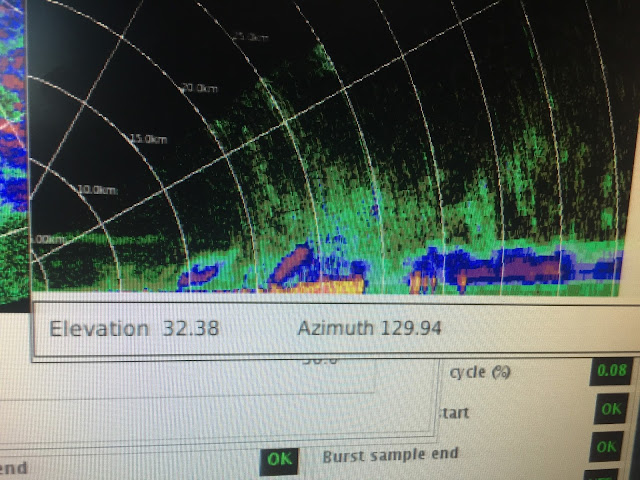 Given a relatively pessimistic storm chasing forecast after Monday night, we'll probably work this shallow stuff to the last gasp.
By Jim S Posted at 11/17/2017 04:49:00 PM