Three Thoughts on This Sunday

1. Yes Virginia, there is skiing

I debated for a while whether or not to ski this weekend.  I'm not a fan of low snowpack, bony conditions and often stick to skiing the main run along Alta's Collins lift under such conditions.  With Alta closed to uphill, we opted to take a couple of laps at Brighton in the Great Western area since rumors were that they were asking tourers to avoid other parts of the mountain.  I pulled out my oldest sticks for the day, a pair of Karhu Jak BCs that are probably 10-12 years old. 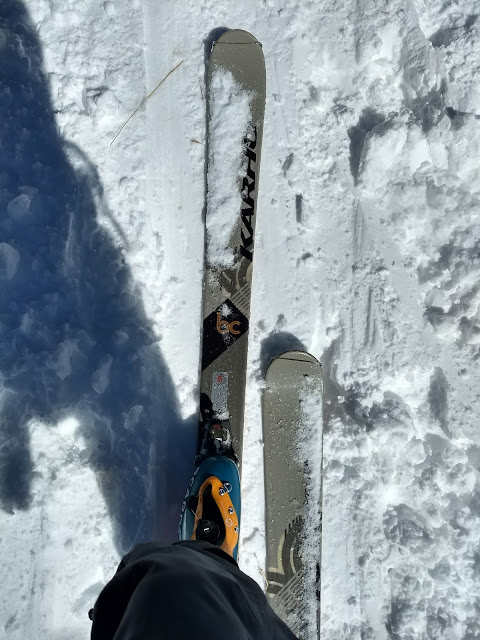 However, I was pleasantly surprised to survive both runs without harming a single rock.  I was also glad to rediscover that the Jak BC really was a great ski, even if you didn't see them much in Utah.

We stuck to grassy runs that were heavily traveled.  The touring and skimo crowd cut up the area pretty good. 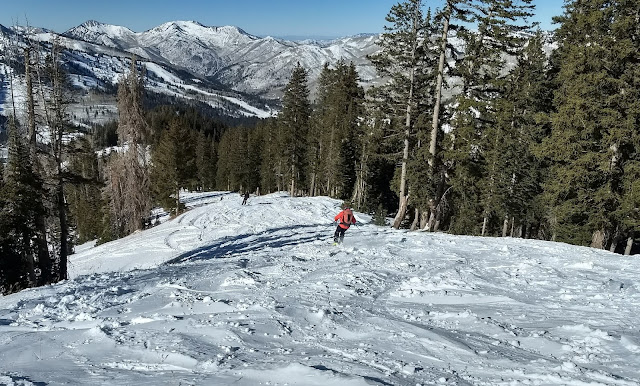 Some sections of untracked could be found in some areas and we went home satisfied, without injury, which is the main goal of any first day.

2. The snowpack isn't really all that meager

It's worth remembering that it is only November 19.  Thanksgiving is pretty early this year.  Our snowpack seems pretty meager, but really it isn't.  The Snowbird SNOTEL is measuring 3.1 inches of snow water equivalent (SWE).  Median is 4.1 inches.  An inch of water equivalent is basically one modest storm.  So, we're one storm below median.  Yes, it hurts to look at the snowpack in the Tetons and Sawtooths (or should I say Sawteeth?), but we're not really doing all that bad.........yet.

3. The next week may suck

The model forecasts for Thanksgiving week don't look so great for Wasatch skiers.  The NAM forecast for 5 PM MST tomorrow (monday) shows a classic "dirty ridge" scenario with moisture spilling over a low-amplitude ridge and into Utah.  700-mb temperatures are a balmy 0ºC.  This is a recipe for riming and perhaps some wet, rimed snow at times in the mountains.  It probably won't add up to much for the snowpack and we'll probably see a net loss at elevations below 7000 feet (not that there's much there currently).

Eventually, a high amplitude ridge builds over for Thanksgiving Day.  Beautiful weather across Utah for driving over the river and through the woods to grandmother's house.  Good valley mountain biking.  Good canyoneering.

However, 700-mb temperatures are a whopping +6ºC, which would be a record for the last week of November (although we have observed 700-mb temperatures of +8ºC in mid December).   Brighton was making snow today where they could, with the low-angle sun and dry conditions allowing for it in shady spots.  The resorts will probably need to continue to selectively pick spots and times over the next few days for making snow.
By Jim S Posted at 11/19/2017 03:51:00 PM