As of 9:30, Snowbasin-Middle Bowl recorded 0.81" of water equivalent since 4 AM.  And yes, some of that precipitation has fallen as snow on the upper mountain. 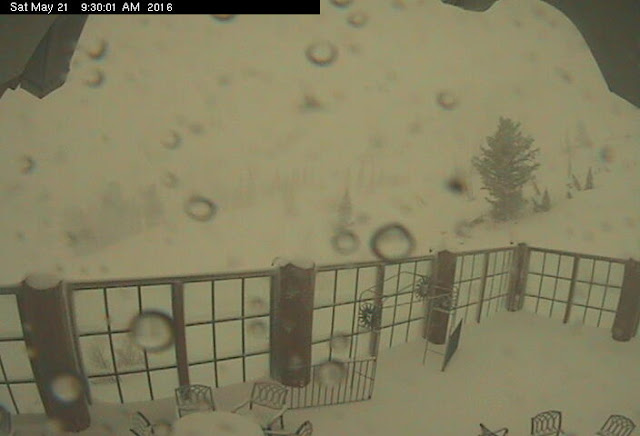 Ogden airport picked up a half inch, which is a good dousing for the lawns and gardens.

Further south, the central Wasatch (southern rectangle) were late to get in on the action.  Alta-Collins has had only .12" of water equivalent since 3 AM, although temperatures are now down to 30ºF, putting that site above the melting layer for now, and they may get a couple more hours of snow.  A little something for the diehards.

Meanwhile, in the Salt Lake Valley, the U is up to .27", which should be enough to keep my sprinklers off for another week, which is good because I just discovered that I have some work to do to get some of mine working.