Close, But Not Close Enough

Once again, the storm track is tantalizingly close, but not close enough to bring anything in the way of a major storm to the Wasatch over the next 4–5 days.

The pattern this morning is characterized by a high-amplitude ridge over the Gulf of Alaska, with toughing over the upper midwest of the U.S.  This results in strong northwesterly flow at upper levels from Washington into Colorado. 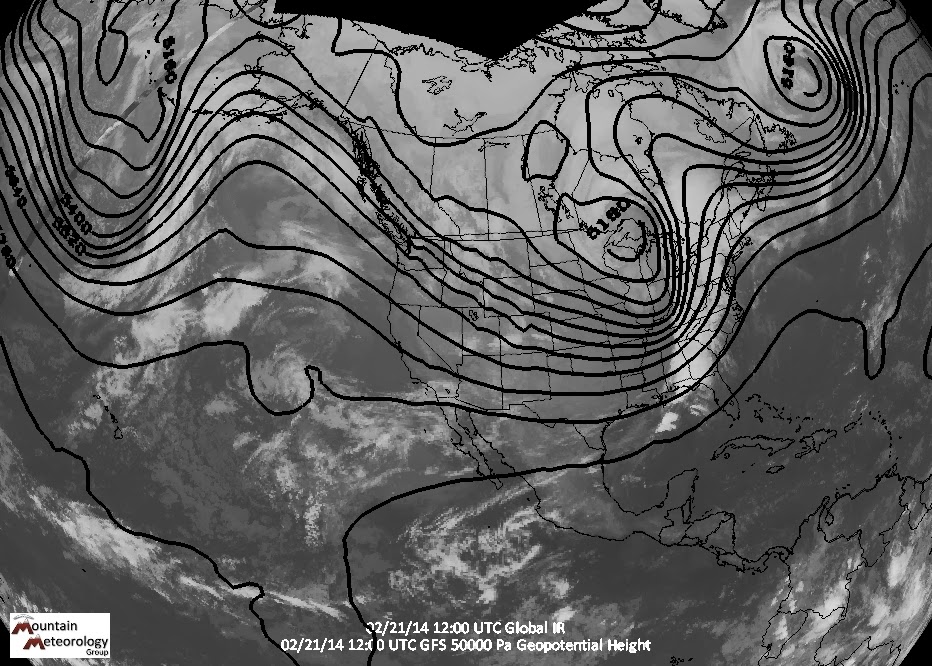 Such a pattern frequently results in strong downslope winds to Colorado's Front Range, and wind gusts last night at the National Center for Atmospheric Research's Mesa Lab reached 90 miles per hour.
This particular pattern is fairly stable and expected to persist over the next few days.  A number of disturbances rippling through the flow will bring mountain snows to the Pacific Northwest, Wyoming, and lesser amounts to portions of northern Colorado, but as things look now, we're largely shut out.
We've seen this movie already a few times this year and it is one of the reasons why Steamboat is reporting a larger seasonal snowfall than Alta (279" vs 262.5").  The storm track is setup just right for systems to slide to our north while they dig into Colorado.  Although the next couple of days probably won't bring a major dump to Steamboat, they will something while we get nothing.
By Jim S Posted at 2/21/2014 08:17:00 AM