A Concerning Cool Down, Then More Pain and Agony

A weak short-wave trough and moisture surge moving into northern Utah later today will bring cooler temperatures and a threat of a few showers and thunderstorms tomorrow.  The likelihood increases through tomorrow with isolated T-storms later today, scattered tonight, and showers likely tomorrow.

The NAM forecast valid at 1500 UTC (9 AM MDT) tomorrow morning shows the short wave trough and associated clouds and precipitation over central Utah. 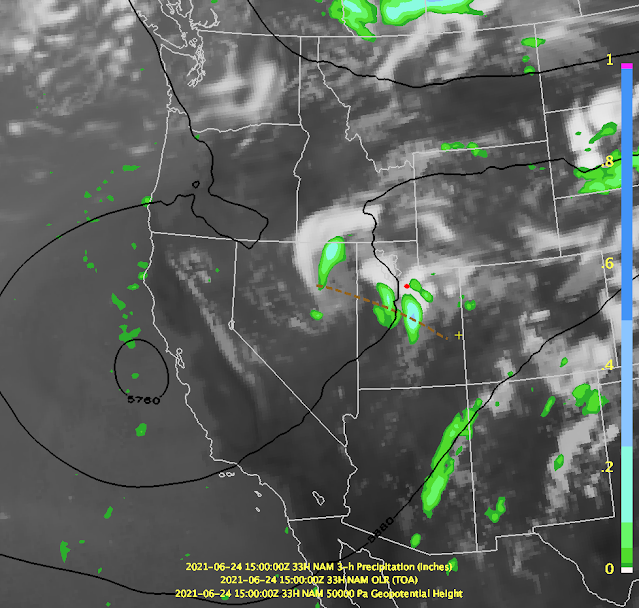 This isn't a major monsoon surge, so it won't be a drought buster, event if you happen to get a good downpour wherever you are.  The concerning part of the cool down is that while we will get some precipitation, there will also be dry thunderstorms, which are thunderstorms that produce lightning, but little to no precipitation.  Enjoy the modest cool down, but hope that we don't see many if any fire starts.

The extended model forecasts are putting an enormous ridge over the Pacific Northwest and southwest Canada.  Below is an example from the GFS valid 0000 UTC 28 June (6 PM MDT Sunday). 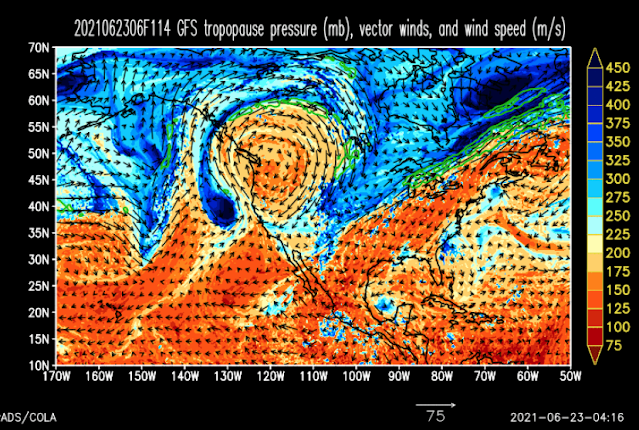 This has the potential to bring historic heat for this time of year to portions of the Northwest.  It is likely that we will see a return to near or above 100˚F next week too.

What can I say?  Despite short-term cooling, the long-term trend is not our friend.