After living through the hell of Seattle, I finally found pleasant weather yesterday in Ketchikan, Alaska, where we are visiting family. 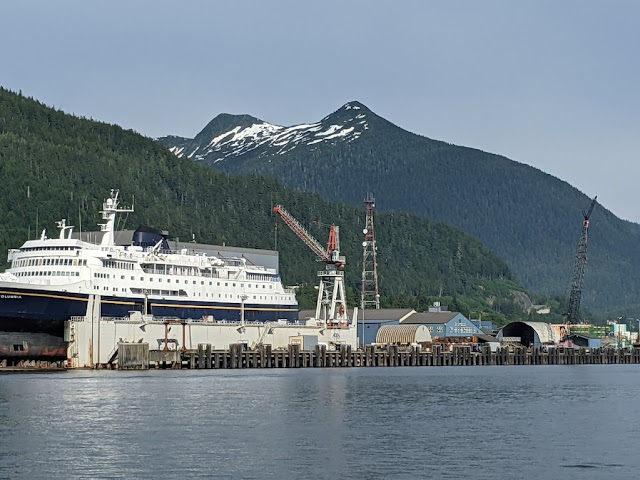 The weather today was perfect.  High of 70ish with sunshine and a good breeze.  It's rare, but when the weather here is nice, its a great place to be.

I have been reflecting on the heat of the past few weeks.  June in Salt Lake City was ridiculous.  7 days of triple digits and a mean temperature that will easily set a new record.  Through yesterday, the average temperature for the month was 80.1˚F.  The next highest is 77.5.

Then, how does one wrap their head around the Northwest US/Southwest Canada heat wave?  I can't.  I still can't fathom a high in Lytton, British Columbia of 121˚F.  Even in celsius it sounds awful.  49.6˚C.  Unfathomable.  Reports are this is the highest temperature ever recorded north of 45˚ north (and I suspect south of 45˚ south for that matter).  The town is now being evacuated due to wildfire.

BREAKING NEWS: The mayor of Lytton, B.C., said he has ordered the entire town to be evacuated after a fast-moving wildfire swept in on Wednesday evening. https://t.co/EK6Oz2wvse

The death toll from this heat probably won't be known for a few days if not weeks to properly account for changes in death rates.  BC's chief coroner said today at least 165 deaths can be attributed to the heat.

If this was a glimpse of the future, it wasn't pretty.  I am reminded that we are on a path for the summer temperatures in Salt Lake City later this century to be similar to those of St. George in the 20th century.  Yeah, it's going to suck.  Anyone want to set the over under on the first year Salt Lake City observes 110?  How about 115?  Seem ridiculous?