If June Is the New July, What Will July Be? 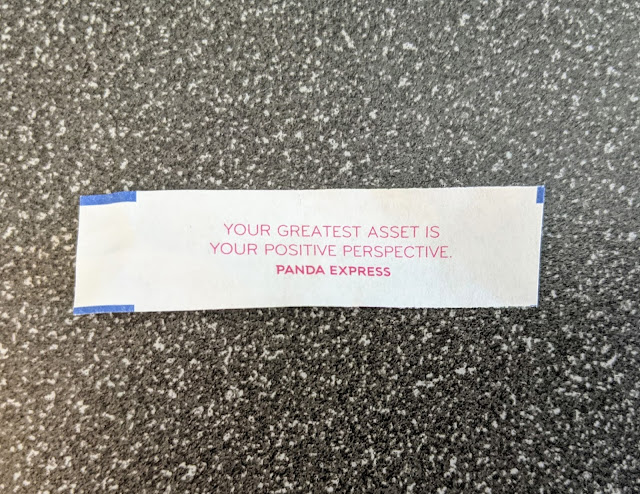 This blog post is brought to you by Panda Express, which along with the adjoining but depleted Union food court, appears to be the only place to eat on the University of Utah campus and provided me with the fortune above yesterday.

This June has been awful.  How awful?  Some statistics:

But what about the future?
As it says at the gates of hell, Abandon Hope All Ye Who Enter Here.
The GFS forecast through June 27 below is very much July-like. The storm track remains to our north.  Weak troughing at times near the west coast.  Maybe a brush-by slight cool down.

This isn't a recipe for another 107˚F day, but it also isn't a recipe for a return to near average temperatures.  Temperature forecasts from the National Weather Service's National Blend of Models show we will likely see high temperatures near or above 90 for the period.  The best odds for below 90˚F are on Sunday and Monday when we may feel the effects of the bush by.  Still the majority of NBM members call for highs at or above 90˚F those days.

I'm not a fan of looking farther out, but I'll give you what you want.  The Climate Prediction Center 8-14 day outlook, covering the last week of June, shoes the odds stacked for above average temperatures.

Essentially, this June is the new July, with a large-scale pattern, temperatures, and precipitation characteristics more reminiscent of that typically hot, dry month than June.
But what will July bring?
Really, I have no idea.  However, we can look at past Julys and think about what the climatological likelihoods are, doing some tweaking and educated guesses since our climate is changing.
July is on average our hottest month, but it also exhibits the least amount of variability from year to year.  The coldest July on record occurred in 1993.  That was a black swan July with an average temperature of 69.9˚F, considerably cooler than we've had so far this June.
However, July 1993 had two things going for it that we don't have today.  First, the planet was cooler in general.  Second, Mount Pinatubo, a volcano in the Philippines, erupted in June 1991, spewing particulates into the stratosphere and temporarily cooling the planet about 0.5˚C through 1993.  A repeat of July 1993 is highly unlikely.
Perhaps a reasonable request would be something like July 2015, which was the coldest July in the past 20 years.  The average temperature was 77.4˚F, slightly cooler than we've seen so far this June.  My blog post from July 23, 2015 (Perspectives on Our Fantastic July) suggests that the month was "fantastic with tolerable temperatures and the occasional showers and thunderstorms to help moisten things up."
On the other hand, since 2000, there have only been two Julys with an average temperature lower than the 78.9˚F we've had so far this June, 2011 (78.5) and the aforementioned 2015.  This is a small sample size (20 years), but our July climate has shifted so much that it's unclear how useful pre-1990 temperatures are for present day climate.
My view is that it is looking pretty likely that the average temperature from here until the end of July will be comparable to or higher than what we've seen so far this June.  The odds that it is lower are probably less than 20%, and the odds that it is much lower (say more than 2˚F) are probably less than 5%.
How's that for positive perspective?
By Jim S Posted at 6/17/2021 08:16:00 AM