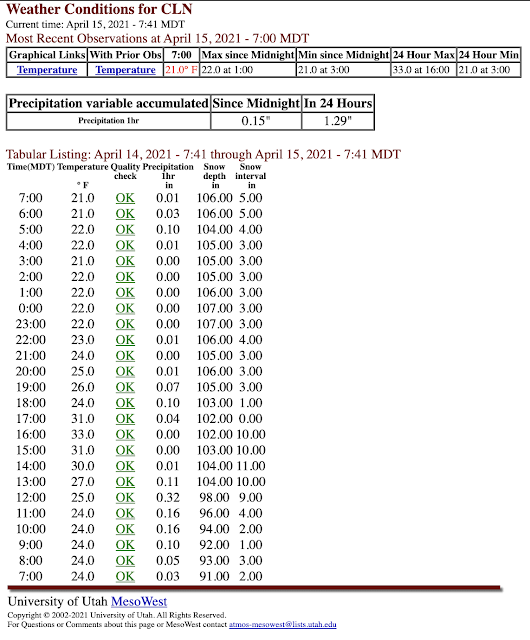 Radar imagery at just after 11 am showed strong returns over the Cottonwoods and Park City Ridgeline.  Even east of the crest, the reflectivities were quite high.  Because of partial blockage of the outgoing radar energy by the Wasatch Range, there's less energy available to reflect back to the radar, so those are pretty healthy returns for east of the crest. 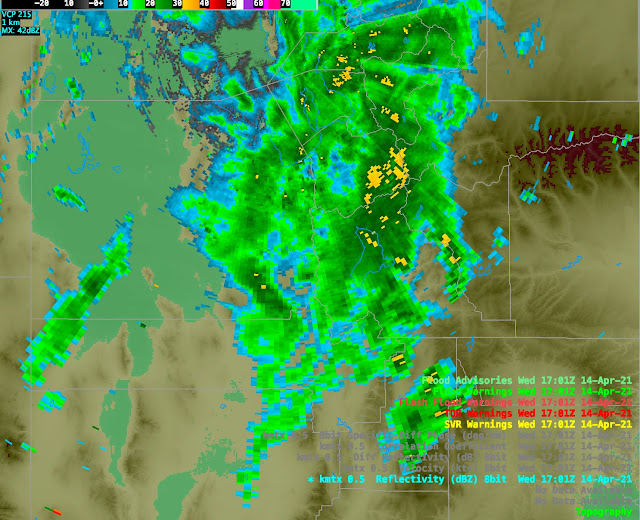 Consistent with the radar, we saw something that we haven't seen much of this winter: heavy snowfall in Park City and Summit Park.  National Weather Service spotters reported 13" at 6824 feet in Park City through 2 PM yesterday and 17.5" in Summit Park through 6 PM.
Several factors probably contributed to these big amounts east of the crest.  As discussed in yesterdays post, the upper-level flow was from the south-southwesterly, so shadowing effects were limited.  Expanding on that point, the low-level, near surface flow at 11 am was either light or easterly at many locations in the central Wasatch.  For example, Parley's summit reported a 15 knot east wind, Empire Peak at Deer Valley a 10 knot east-southeast wind, and sights in Brighton and Alta both reported winds with an easterly component. 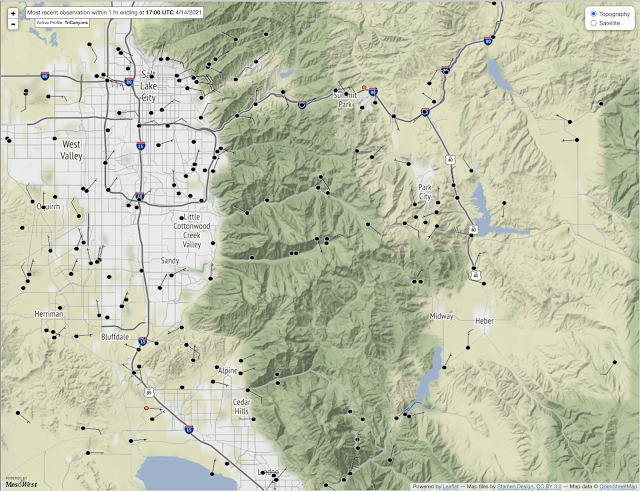 So the situation was one with heavy snowfall being generated in a band in the south-southwest flow aloft, but the low-level flow producing upslope on the eastern slopes of the Wasatch Range.  Snowfall was still very heavy west of the crest due to the influence of the band, but there was no shadowing effect on the east side and there may have even been an upslope affect to aid precipitation generation.
I also received an interesting photo from one of our readers, Mike Freeman.  It was taken looking toward Parley's Canyon and Grandeur Peak at 3:32 PM MDT.  Note how it appears that there's no wnow at mid elevations in the circled area, but snow at low elevations. 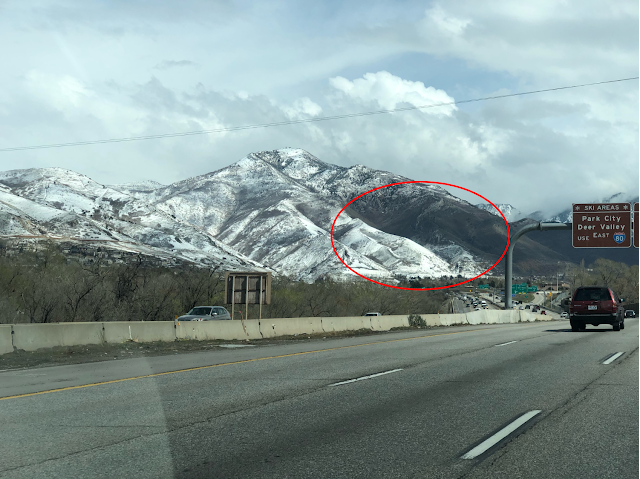 Is this simply an optical illusion?  I suspect if you were walking up ridge on the right in the oval you'd go from snow to no snow.
I have a few hypotheses for why this happened, but encourage you to share your ideas for how this occurred in the comments.
By Jim S Posted at 4/15/2021 08:04:00 AM