I don't know about you, but the anticipation for colder air and some exciting weather is high today.

And, the push of the cold front through Montana, Idaho, and Wyoming is simply fascinating.

Let's first get a quick look at where things stand at 16:30 UTC (10:30 MDT).  As indicated by the MesoWest observations below, northerly winds and the leading edge of the cold air has surged through Montana and is now pushing through north-central Wyoming, having just reached Riverton.  Further West, northerlies have surged down the Madison Valley and other valleys in southwest Montana and are just cresting the Continental Divide.  Apologies for the ugly analysis, but it gets the job done.   Basically, the shallow, leading edge of the cold air is surrounding the high terrain in and around Yellowstone, although that region will be "submerged" eventually. 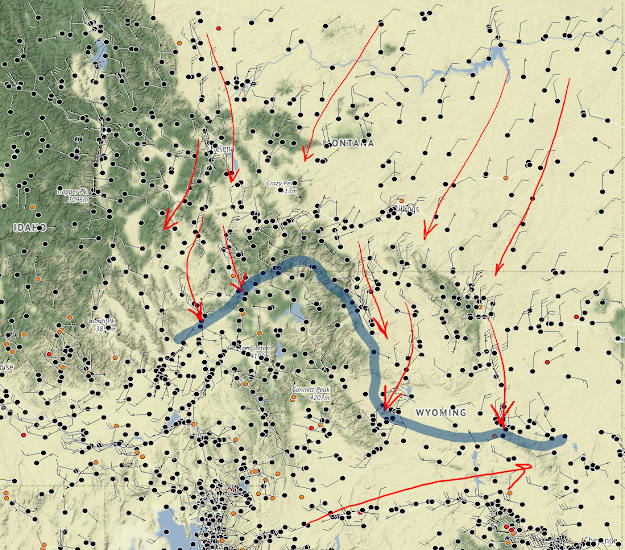 The 4-hour HRRR forecast valid at 1900 UTC/1100 MDT captures the observations above fairly well.  Note the front just south of the continental divide in eastern Idaho and pushing toward the Wind River Range in Wyoming.  There appears to be a slight difference in timing, but the observations above are for 30 minutes earlier and the front is moving fast, so this is a pretty good forecast. 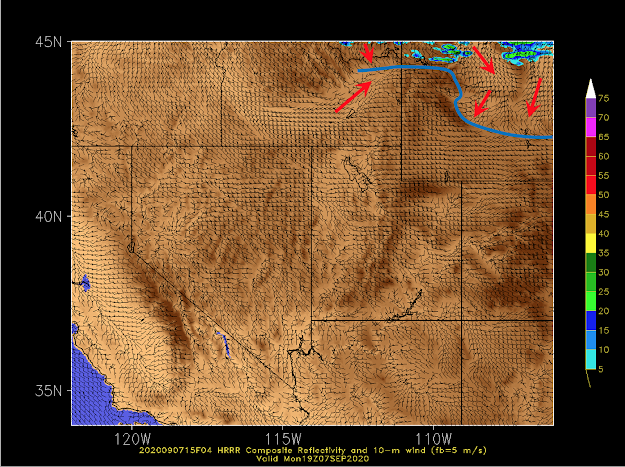 By 0000 UTC (1800 MDT) this afternoon, strong northerlies have spread over the eastern (upper) Snake River Plain and are approaching the I-80 corridor in Wyoming.  Basically, there are two "fronts" in this forecast, although I've connected them through the high terrain of northwest Wyoming.  The first is the one that is surging down the Snake River Plain.  The second is the one that is surging southward and westward into southwest Wyoming. 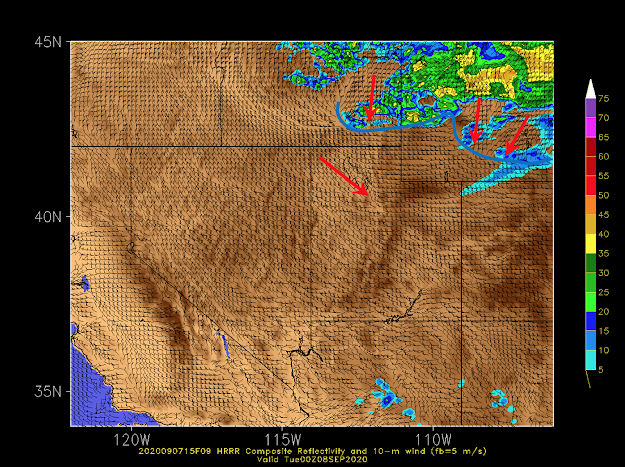 By 0300 UTC (2100 MDT), the front that has pushed through the Snake River Valley is surging through northern Utah.  Note that the prefrontal flow over the Salt Lake Valley is northwesterly.  Thus, we will see winds from the west and northwest strengthening today ahead of the front, before we get slapped in the face by a surge of northerlies after sunset.  Meanwhile, cold air from Wyoming is beginning to surge toward Utah from the east.  This is an example of a back-door cold front.  If this forecast holds, the area around Evanston will see two cold-frontal passages later today, one from the northwest that has come through the upper Snake River Plain, followed by a second from the east, which will be even colder. 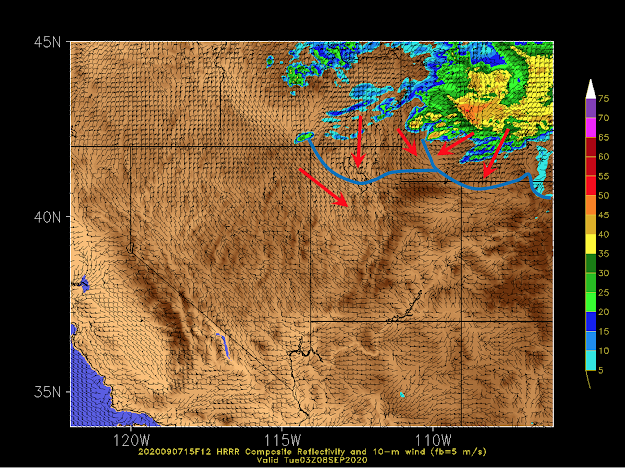 As I like to tell my students, learn from Napoleon and remember that in war and meteorology, nothing good comes from the east, and indeed that will be the case tonight.  By 0900 UTC (0300 MDT Tuesday), cold air from the east has surged into Utah and across the Wasatch Mountains.  This will likely mark the beginning of downslope winds for the region from Parley's Canyon north to Brigham City near the base of the Wasatch Mountains. 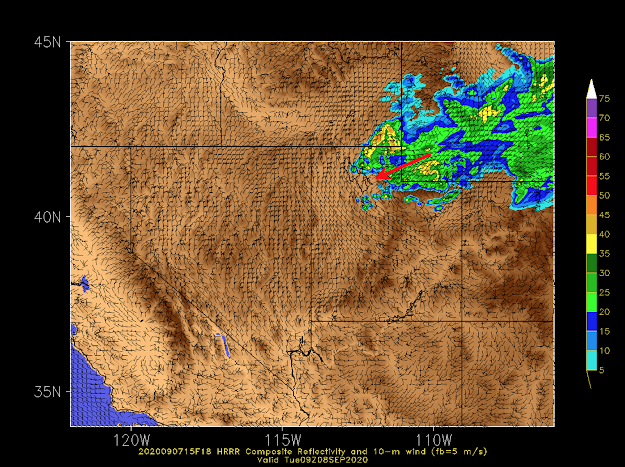 The NWS has issued a high wind warning for that area.  Details below. 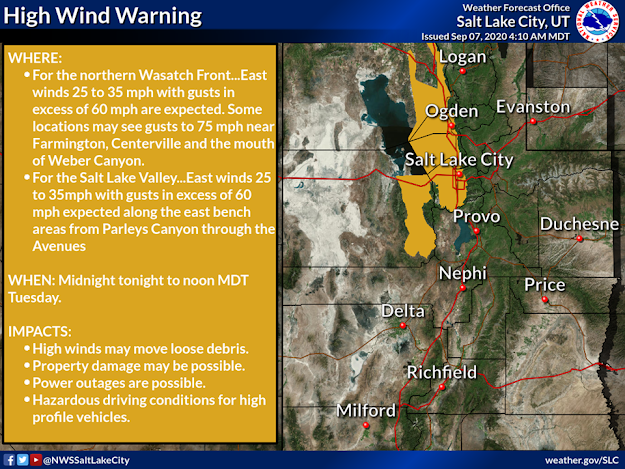 Tomorrow you will experience a day remarkably different from today or the hell we have been through in recent weeks.

However, if you want to see even greater change, pay attention to the Denver and Front Range area where this cold surge is expected to bring significant snow.  Check out the NWS forecast below. 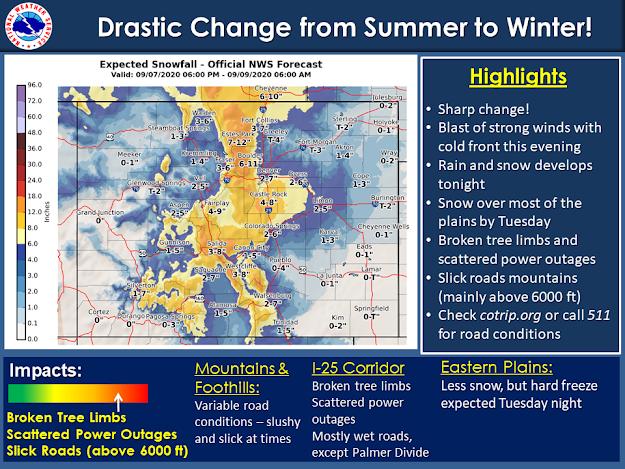