The colors are really starting to pop in lower City Creek Canyon.  Sadly, the photo below from this morning doesn't do it justice.  They seem especially pretty right now as the scrub oak begins to turn. 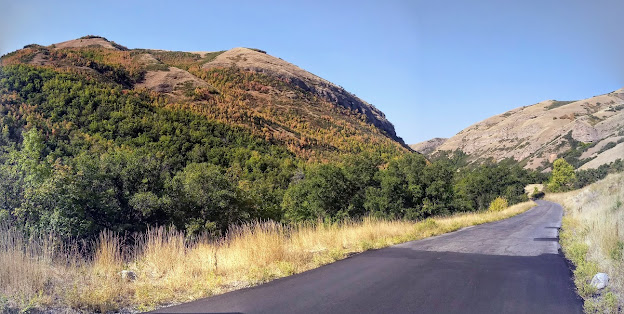 Unbelievable satellite imagery this morning with thick smoke over much of California, Nevada and Oregon. 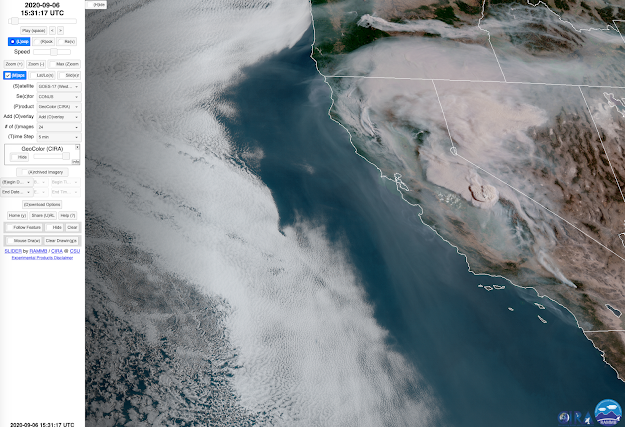 Some of it is moving downstream into Idaho and Utah and you could see it moving in at mountain crest level from about 10 to 11:30 this morning.  Note in the photo below how the central and southern Oquirrhs around the Kennecott mine are obscured. 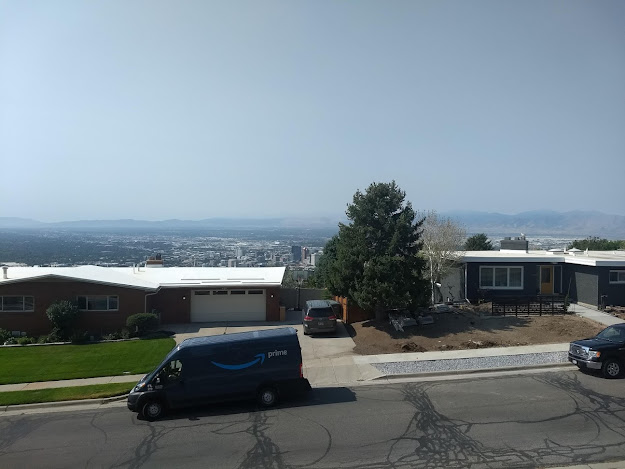 My guess is that the surface heating hasn't warmed things up enough for the near-surface atmosphere to mix with the smoke layer aloft yet.  Guessing we will see that change during the day today, with PM2.5 concentrations rising in the valley as the day goes on.
The overshooting top of the Creek Fire near Fresno is very apparent in the satellite imagery above, which was taken at 15:31 UTC (0931 MDT) this morning.  That fire is an absolute beast, as is readily apparent in a satellite loop from this morning.  The Fresno Bee reports that 63 people who could not escape in time were evacuated by military helicopter from communities that include Mammoth Pool.  Apparently twenty people are in potentially critical condition after they were rescued from the Mammoth Pool Reservoir.
I hope for the best for everyone.
By Jim S Posted at 9/06/2020 12:07:00 PM