Beating the heat, I did a quick climb of Mt. Baldy and Hidden Peak this morning, giving my knees a break with a descent via the Snowbird Tram.  Some observations.

I was on the summit of Mt. Baldy at about 9:45 am.  The view to the east was a scene from the Great Smokies and a good example of how smoke can become trapped in valley cold pools that develop overnight. 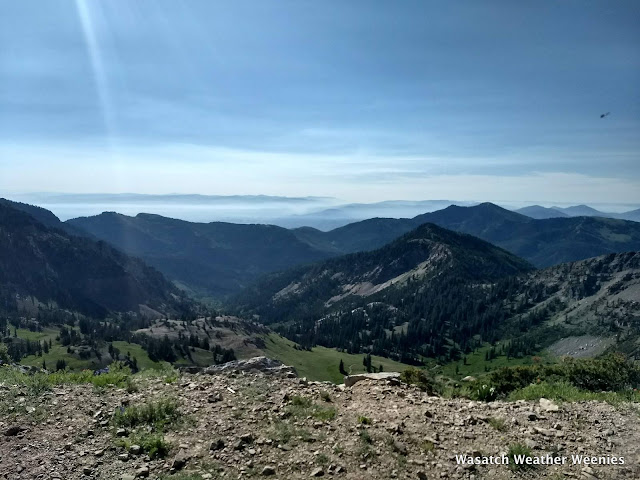 We've been fortunate in the Salt Lake Valley to have not been in the smoke plume except for a brief period late Thursday night and Friday.

For snow lovers, I found the patch below at about 9400 feet in an area where contributions of artificial snow to the snowpack would probably be small to non-existent. 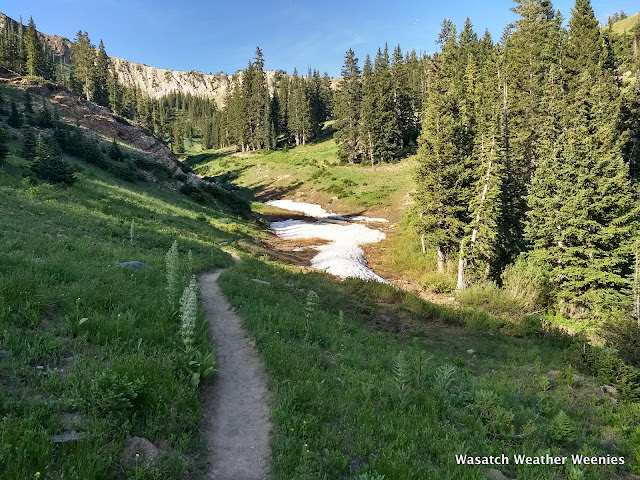 I'm guessing it is the lowest remaining snow in the Wasatch.  Prove me wrong...

Finally, a little comparison of the snowpack on this date (8 July), compared photos I've taken in July the previous two years.  The situation this yea is pretty grim.  Just a few patches to be had on the north side of Twin Peaks and in the usual spots in Upper Hogum. 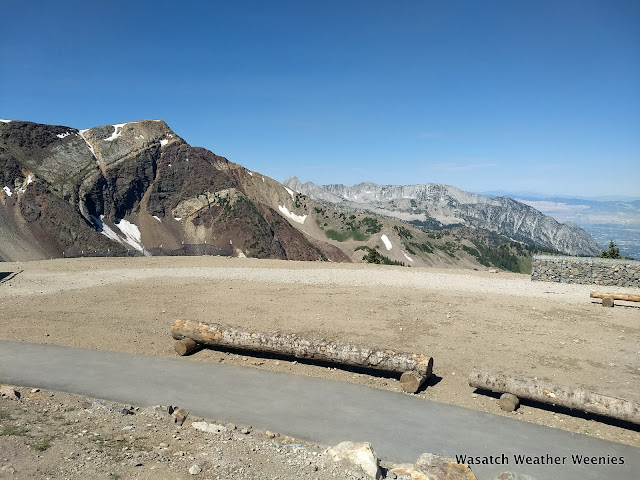 Last summer was preceded by a much better snow season and it shows.  The photo below was taken 22 July 2017 when you could almost send it down the Pipeline couloir and coverage in upper Hogum was more extensive. 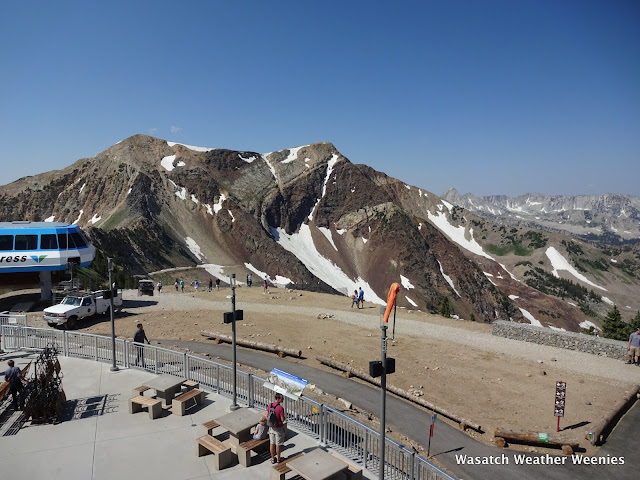 If we go back a bit further, to 26 July 2015, one find a situation in which there was virtually no snow except in a few very small pockets. 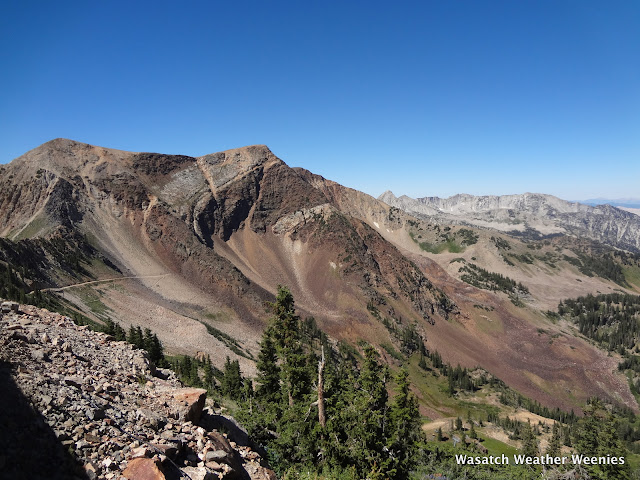 Will we get to nearly snow free by the end of the month and will we have a snow-free Wasatch before the start of the next snow accumulation season?  Time will tell.
By Jim S Posted at 7/08/2018 04:13:00 PM