I've lived in Utah for over 20 years, yet still find new places to visit.  My son and I spent the past three days in southern Utah enjoying Fall Break and on a whim elected to return home over State Route 153, which climbs over the Tushar Mountains from Junction to Beaver.  The drive is spectacular (closed in winter and partially dirt) with great views.

Along the way, we elected to bag Delano Peak, which at 12,169 feet (you can find other heights online, but I'll use this since this is what it said on the sign on top) makes the Tushars the third highest range in Utah (behind the Uinta and La Sal Mountains).

The route begins along the Piute ATV trail, which I had no problem accessing via my minivan from SR-153.  There's no trailhead sign, but you start just before Poison Creek (there is a trail marked on USGS topo maps).  The route is fairly straightforward.  You just climb until you can't go any higher. 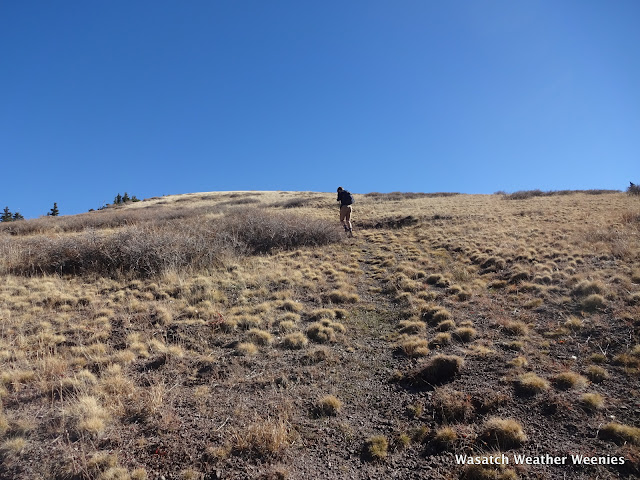 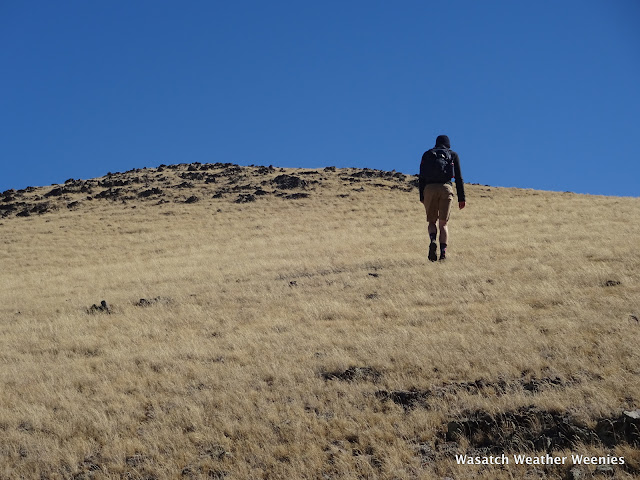 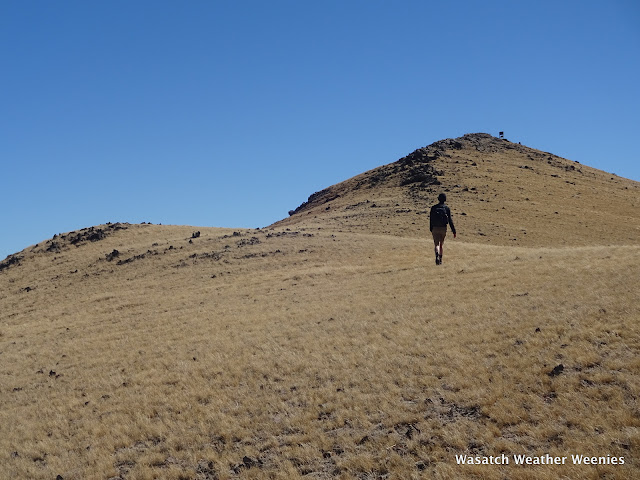 About sixteen or seventeen hundred vertical feet later,  you reach the top.  The Tushars reminded me a great deal of Colorado.  It would be fun to hike around the high meadows in summer as the terrain around Delano Peak is relatively modest and good for off trail exploration.  Although the slopes of Delano are quite wind exposed,  some impressive terrain surrounds the area and might make for some exciting skiing in the winter or spring.  Tushar Mountain Tours operates two yurts in the area. 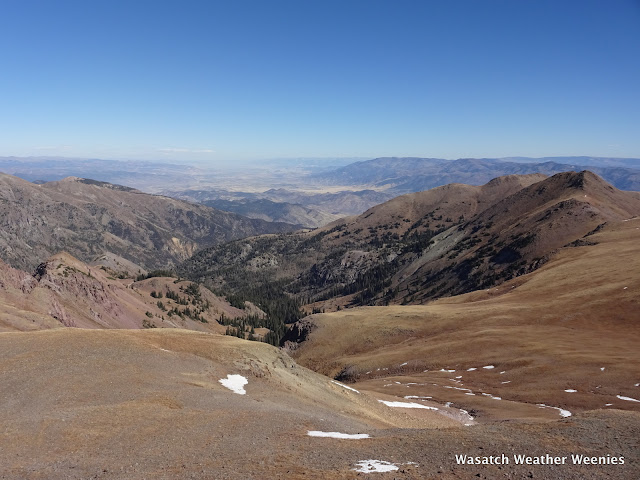 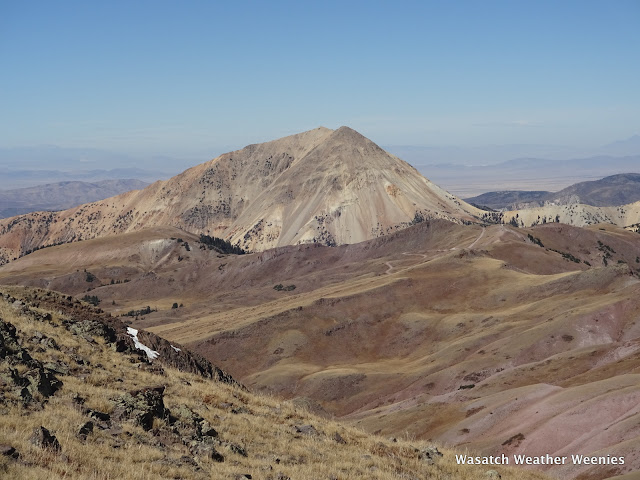 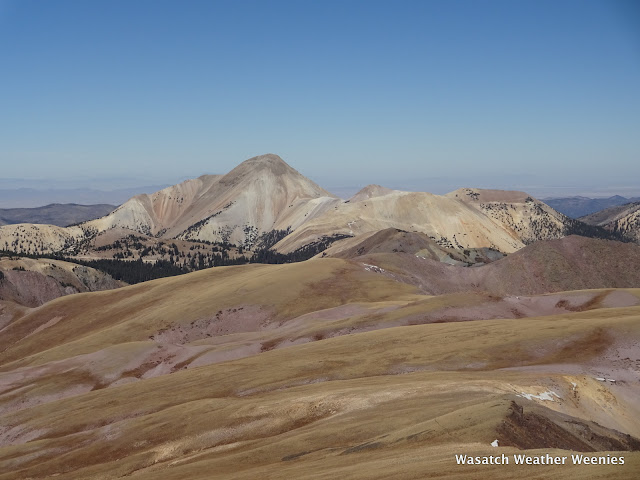 One can also look down at the Eagle Point Ski Resort.  It's a small resort, and looks way down there from the summit, but actually tops out at more than 10,000 feet.  Perspective is everything. 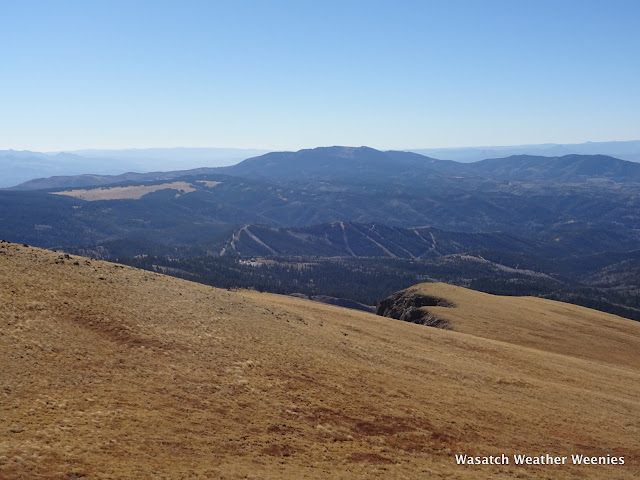 Meanwhile back in northern Utah, we had a frontal passage last night with showers over the Salt Lake Valley this morning.  Wind gusts in the prefrontal southerly flow reached about 45 mph, making for a loud night at my place. 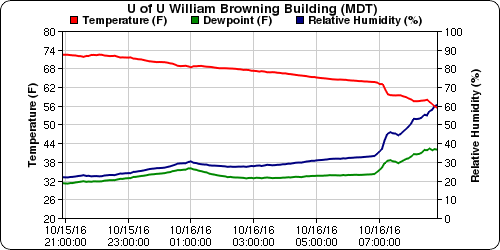 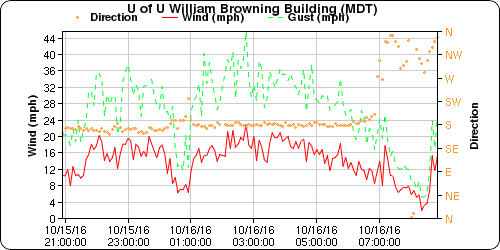