Perspectives on the Snow Season So Far

Yeah, it's only October, but it's worth a quick look at the snow season so far.

Outside of Utah, aggressive resorts are getting on it, mainly with the help of artificial snow.  Arapahoe Basin, CO opened last weekend.  Killington, VT opens this week.  Mt. Rose, NV planned to open October 31 based on early-season natural returns, although looking at their web cams, I wonder if that is now a pipe dream.  You want natural snow?  Grand Targhee remains the big winner in the interior west so far, as we mentioned previously, and some high-altitude areas of the North Cascades might offer up some skiing as well.  The Northwest Avalanche Center observing site at Washington Pass has a 21 inch base this morning.  If you really want to feel jealous, even Vermont got some this weekend.

Chowdah report from @Smugglers_Notch.
Man does this make us smile! pic.twitter.com/ZQmn6F8qa7
— SKI THE EAST (@SKITHEEAST) October 23, 2016

Here in Utah, we remain on hold.  I did some stomping around upper Albion Basin yesterday and snow remains limited to a couple of inches in shady upper-elevation aspects. 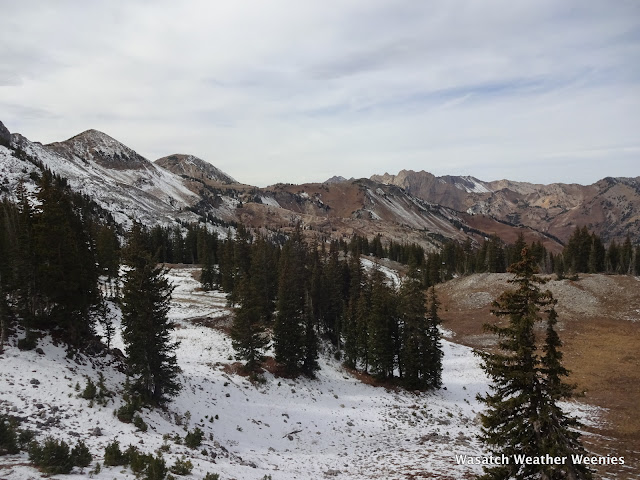 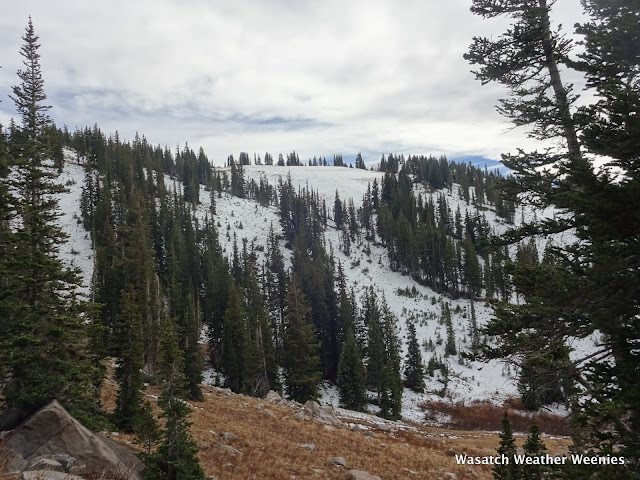 The snow distribution pictured above is typical of a dry, continental climate.  When the humidity is low, it's hard to melt snow without the help of the sun and that's why it lingers for so long on shady aspects.  On those shady aspects this time of year, snow losses are due largely to sublimation, or ice transitioning to vapor, rather than melt.

Things are changing, however, today, but depending on elevation, not necessarily for the better.  We've had a surge of moisture from the sub-tropics into Utah, or what I'll call the last gasp of the 2016 monsoon.  The analysis below shows a tongue of high precipitable water air extending northward across southern California and southern Nevada and into Utah. 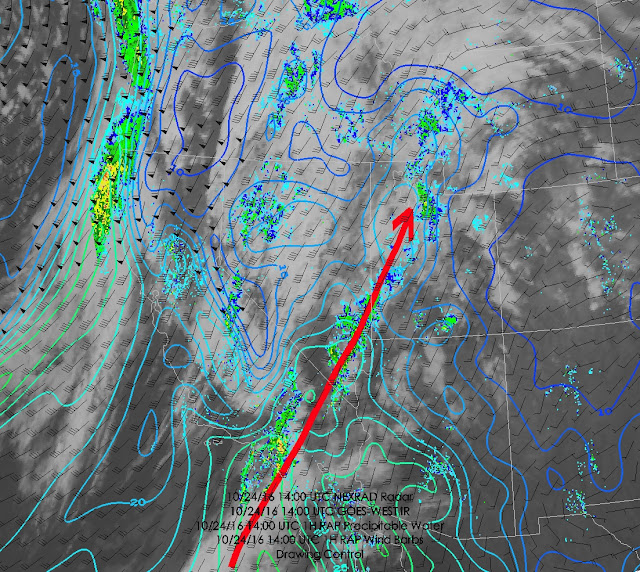 Temperatures at 700 mb are fairly high and around +4ºC. 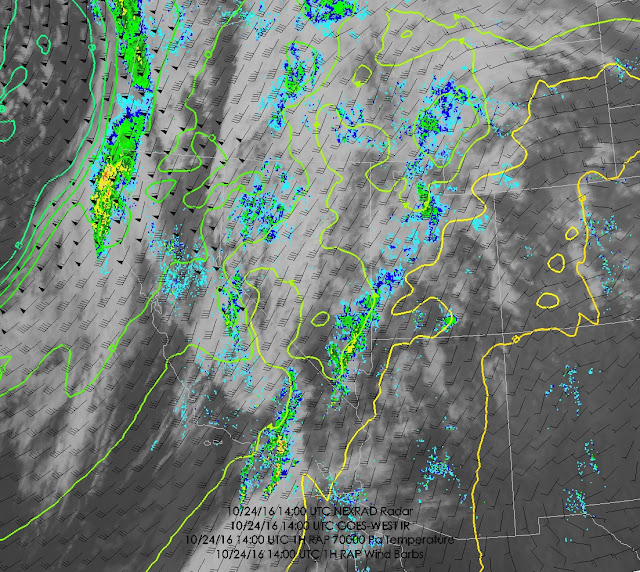 A look at surface observations shows Alta-Collins (~9700 ft) is sitting at about 38ºF and Mt. Baldy (11,000 ft) at 30ºF as of 8 am.  Thus, we have a snow level sitting around 10,000 feet, which is roughly consistent with what I'm seeing on the Alta web cams.  Note the thin layer of sticky snow on the dormant snow gun near Germania Pass, which is near the bottom of the melting layer.

Although there may be some fluctuations in snow level today, snow will be confined primarily to the highest peaks.  Below 9500 feet or so, we might see a net loss of snow today as the combination of higher humidity and cloud cover is more favorable for melt on those north-facing aspects.

No need to panic, however, as it's only October.  Nevertheless, the natives are starting to get restless...