It's a great time to take a drive or road trip in Utah.  It doesn't matter where you go.  Everything is green and the entire state is beautiful.

Yesterday we took a leisurely trip up the Mirror Lake highway to gaze at the scenery.  I always find the spring snowpack in the Uintas to be quite perplexing markedly different from the Wasatch.  The higher peaks are wind raked all winter long and the terrain is very steep in places, so continuous snow coverage is a bit hard to find.  Some of the better coverage was on the peaks west of the highway, including Mt. Watson, the highest peak in the photo below. 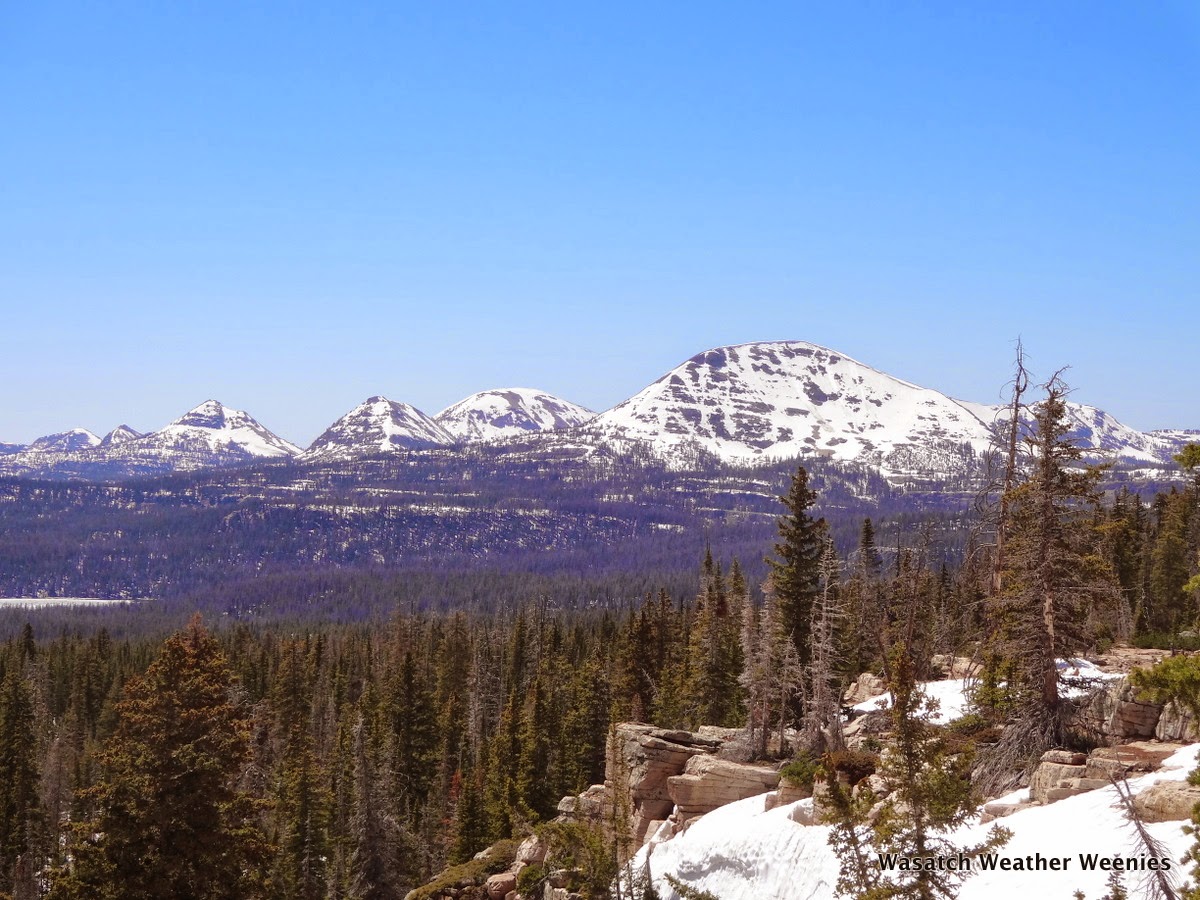 Sometimes there was better snow cover in the trees than on the peaks, as was the case around Moosehorn Lake, which was still frozen over and surrounded by continuous snow cover.  In contrast, much of the snow is gone from 12,479 foot Hayden Peak, although there are some lines to be had if you are so willing. 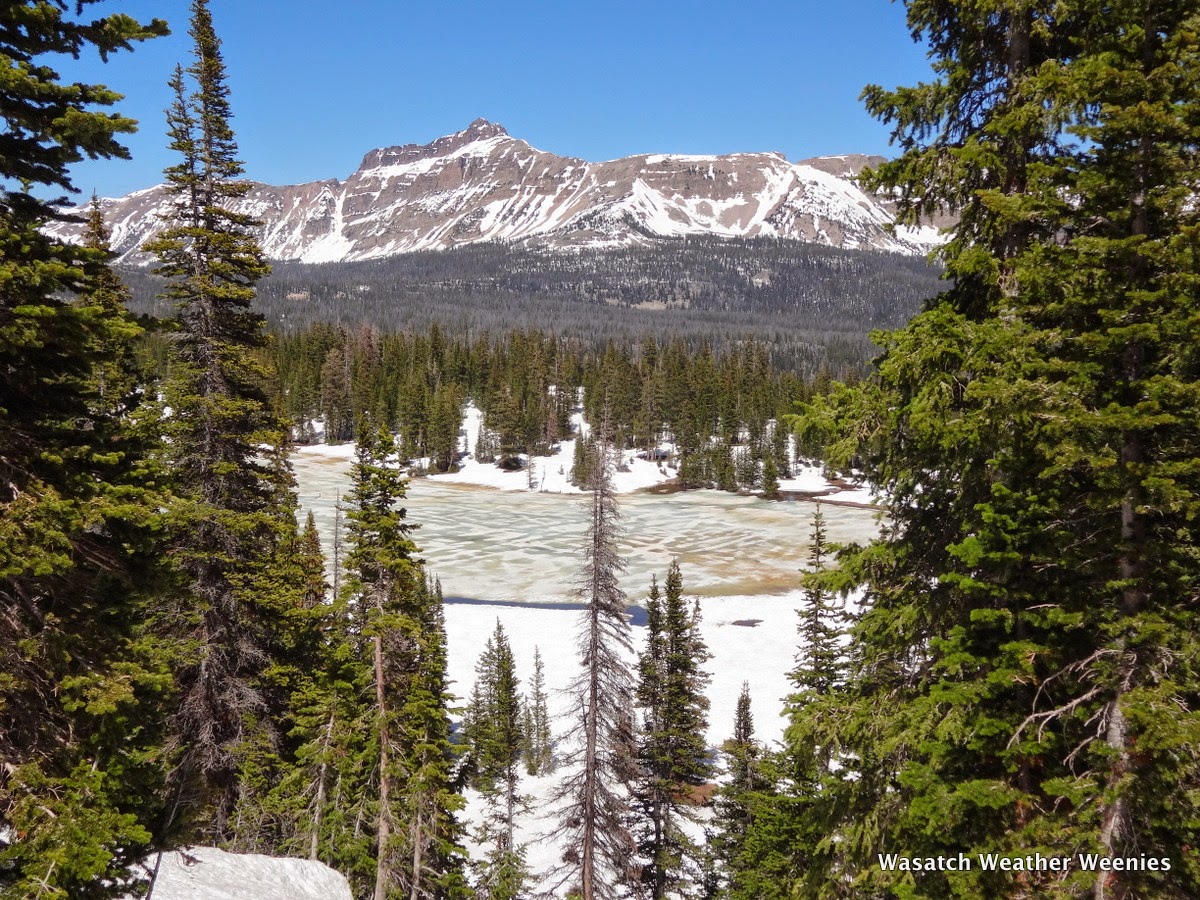 If you've ever stopped at the Provo River Falls overlook in the summer, it's a nice spot and often you can wade into or across the river.  Not yesterday.  The runoff is going full bore, leading to a spectacular cascade. 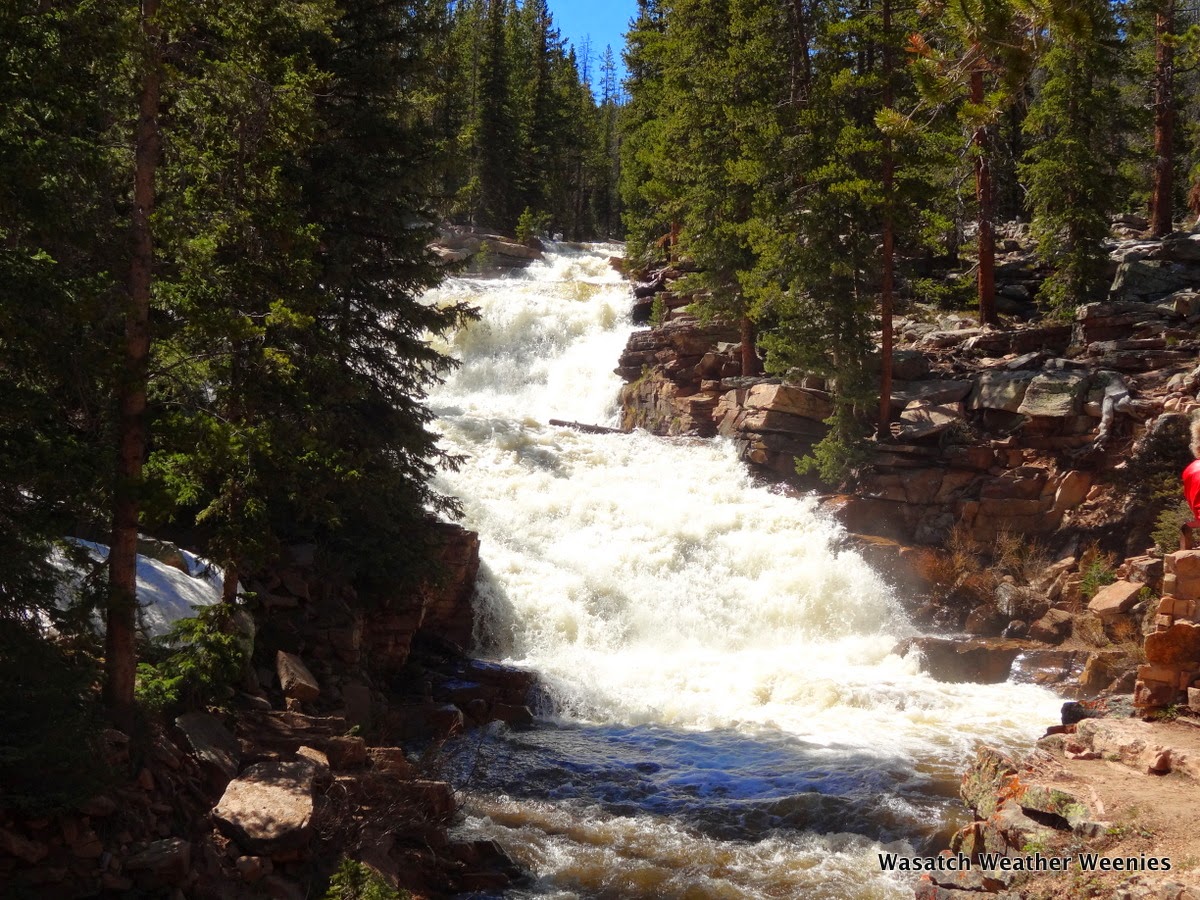