It has been a very interesting storm thus far.  A very nice frontal precipitation band developed over northern Utah with a roughly 50-mile wid band extending from the West Desert across the northern and central Wasatch Front over the past hour or two.

At Snowbasin, there's a nice contrast in weather between the base and the Needles Lodge where it looks like an inch or two may have accumulated.

Snow is falling from base to summit at Snowbird, although I suspect that accumulations thus far are still under an inch since the meat of the band has remained just to the north. 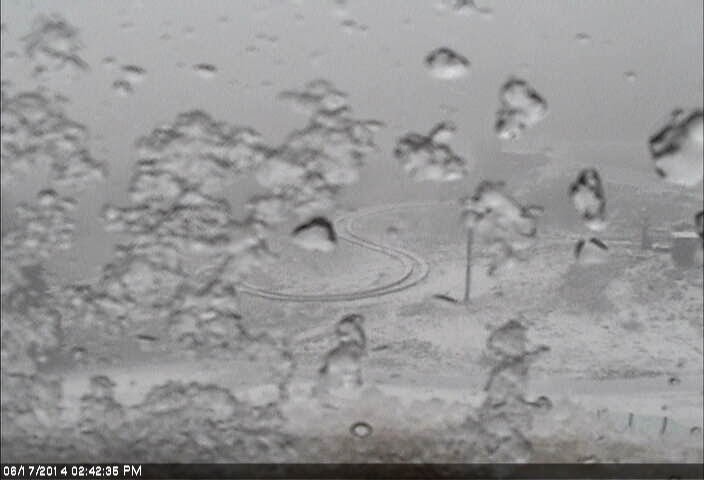 The frontal precipitation band should move very slowly southeastward across the Salt Lake Valley and the central Wasatch Mountains over the next few hours.  Looks good for a few inches in the upper Cottonwoods.  The next few hours look to be wet in the Salt Lake Valley.  The weather for the Red Butte concert tonight looks pretty iffy for the 7 PM start.  Concert goers should hope the back edge slides through and things taper off during the show.  I'd be prepared for a cold rain and even the possibility of a thunderstorm.
By Jim S Posted at 6/17/2014 03:15:00 PM