That's All She Wrote 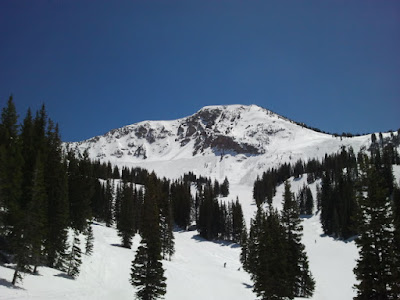 Today was the last day of lift served skiing at Alta.  My son coaxed me up for a few runs as he hates to miss the last day.  It's been a sub par year during which I have struggled mightily with a balky back, but we still had fun and made the best of it.  Here's to hoping next year is better.

A highlight of the day was spotting these old Olin Comp SLs in the lift line. 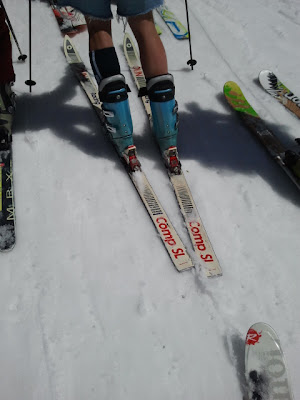 I actually sold a couple pair of these back in the day (1980s).  At the shop I worked at, we got a $10 commission on these babies, instead of the $1-$2 we got for other boards.  They were the Comp $L instead of the Comp SL for a starving college student.

As the season concludes, I'm amazed that problems persist with the rascally facets (a.k.a. depth hoar) that developed earlier this year.  At least two slides during last week's heat wave failed on the old depth hoar (see here, here, and here).  I didn't bother checking out this slide that pulled out above the entrance to Ballroom, but it was a good reminder that the green light has never really been on this year. 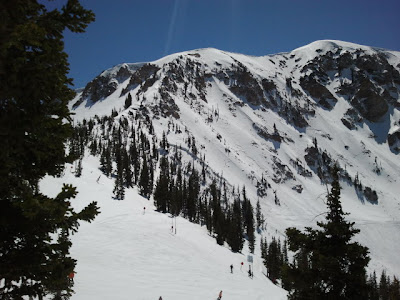 This may be the slide mentioned in the avalanche report on Friday morning (triggered by control work).   The UAC remains concerned about large, unsurvivable avalanches in steep north facing terrain.  Apparently the green light will remain off until the snow is gone.
By Jim S Posted at 4/29/2012 05:09:00 PM