Will the Trend Be Our Friend?

If you asked me a week ago about the prospects for snow tonight and tomorrow, I would have said unlikely.  However, as discussed a few days ago in the Dropout Forecasts blog post, a closed low suddenly appeared in the model runs late last week and over the past few days the models have trended toward a snowier forecast for the central Wasatch.  Will the model trend be our friend?

The 0600 UTC GFS suggests this will be a two part storm. Part I arrives later this afternoon as cold, moist southerly to southwesterly flow ahead of the upper-level trough pushes into northern Utah. 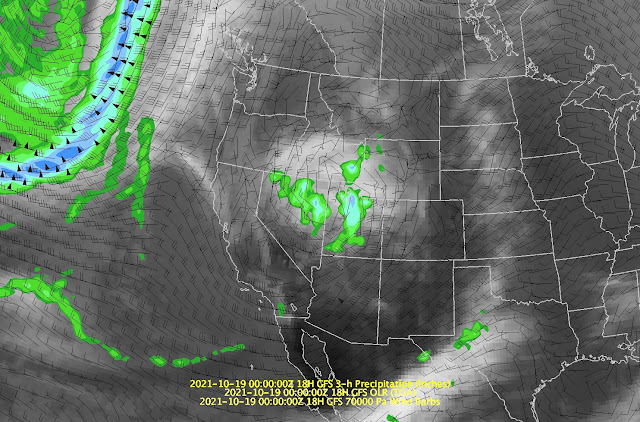 Part II comes overnight as the trough moves downstream and "wraparound" precipitation in the westerly to northwesterly flow behind it gives another period of mountain snowfall. 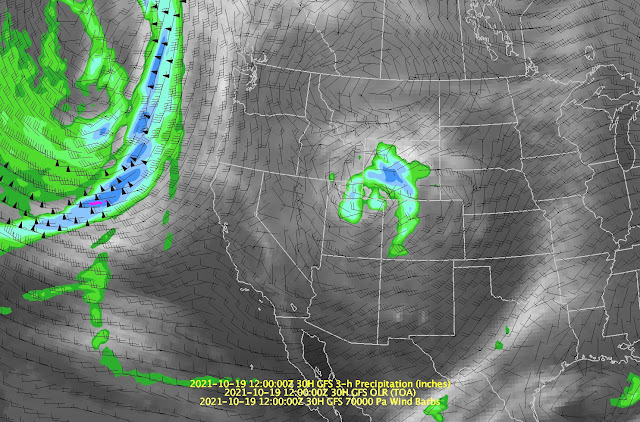 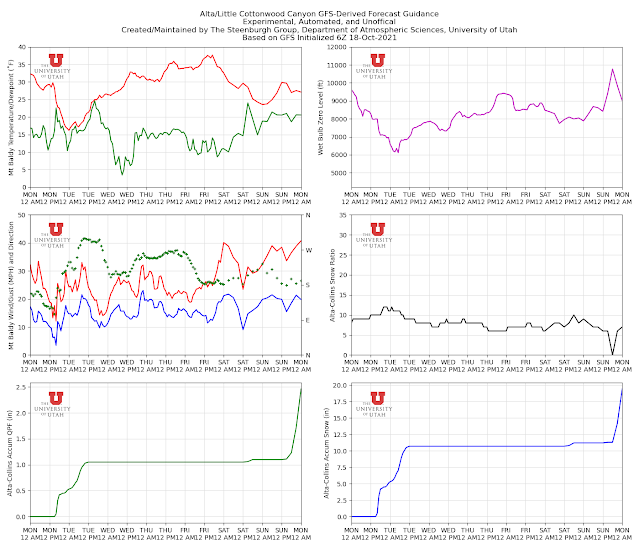 Total water equivalent through noon tomorrow is 1.05", with almost 11 inches of snow.  If we have a look at our downscaled SREF product, 20 of the 26 members generate 7 to 20 inches of snow.  Three are very excited, producing around 30 inches, and 2 are pessimistic with less than 7 inches.

Finally, the ECMWF is going for 0.78" of water, so we see good alignment amongst most of the models for a decent storm.  I expect this snowfall to be relatively high density to start and at the end be closer to average snow-to-liquid ratios for Alta.
I'm inclined to go for 7-14" at Alta-Collins through noon tomorrow.  I think the odds of less than 7 inches are pretty low.  More than 14" is possible, but we need one of the storm parts to come through in spades.
I don't like to be greedy in mid October, but we really need this storm.  The warmth and sun over the weekend did a great deal of damage.  I ski toured up Collins gulch yesterday morning and took the photo below on my descent showing how the south aspects were baked even before another round of warmth that afternoon.  The snow on Mambo looks fine, but in reality it was mostly coral reef. 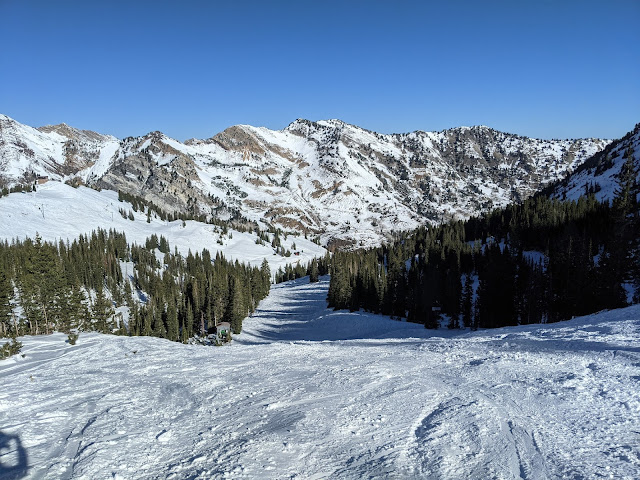 Off piste, only the shadiest, highest, north aspects held soft snow without a melt-freeze crust.  We need a good dumpage from this storm for more base, a deeper snowpack, and to smooth things out.  Low-end totals will probably mean a bumpy ride Tuesday morning.  Upper-end totals will help smooth things out. Be aware that the ski resorts are de facto backcountry currently as avalanche hazard increases with new snow and wind.
By Jim S Posted at 10/18/2021 08:32:00 AM