Race on for Hottest June

With four days left in the month, the race is now on for the hottest June on record.  The average temperature so far for this June puts us in 2nd place all time in Salt Lake City, 1.2ºF behind 2015.

And the forecast calls for triple digit scorchers today and tomorrow and 90s for the last 2 days of the month with above-average minimum temperatures.

It's gonna be close.  Although it's unclear which year will end up number one, it's clear we're going to go #1 and #2 for the past two Junes.  Yes, you have bragging rights. 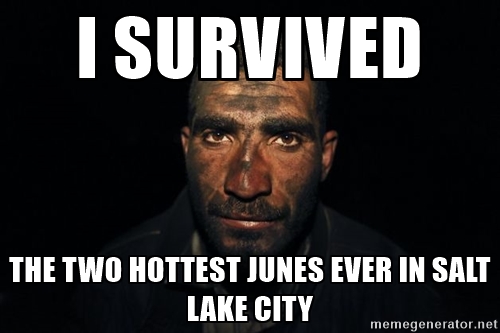