I'm at the American Meteorological Society Conference on Mesoscale Processes in Boston this week.  This is a meeting that examines all sorts of severe convective weather, hurricanes, and snowstorms.  Basically, you have the most passionate and rabid severe weather scientists in the US at the meeting.

A corollary of Murphy's law stipulates that interesting weather avoids a group of meteorologists like the plague, however, that wasn't the case yesterday.  Severe storms occurred in many areas of New England, producing damaging hail and winds.

I happened to be giving a talk on winter storms when our conference hotel took a direct hit just after 4 PM. 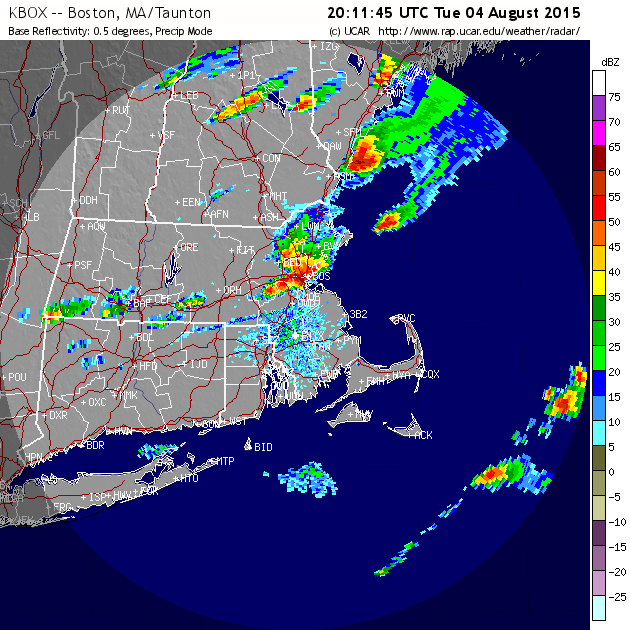 Continuing with the talk was pointless as the roar increased in volume and a bunch of excited meteorologists started banging away on laptops and cell phones.  Someone rose and called a timeout and we opened the doors to enjoy the storm. 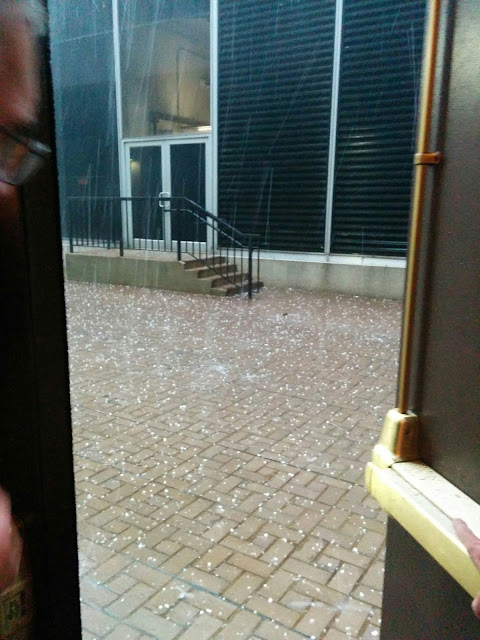 I carefully grabbed this hailstone after it bounced near the door.  It was very hard and a bit better than quarter size (inch diameter or so). 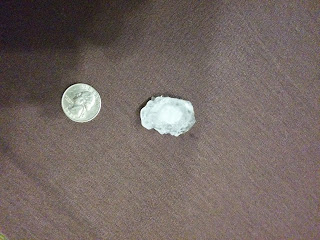 Thus, it was good to enjoy the storm from the inside.  The hail was large enough to produce some dents in cars just south of the hotel.